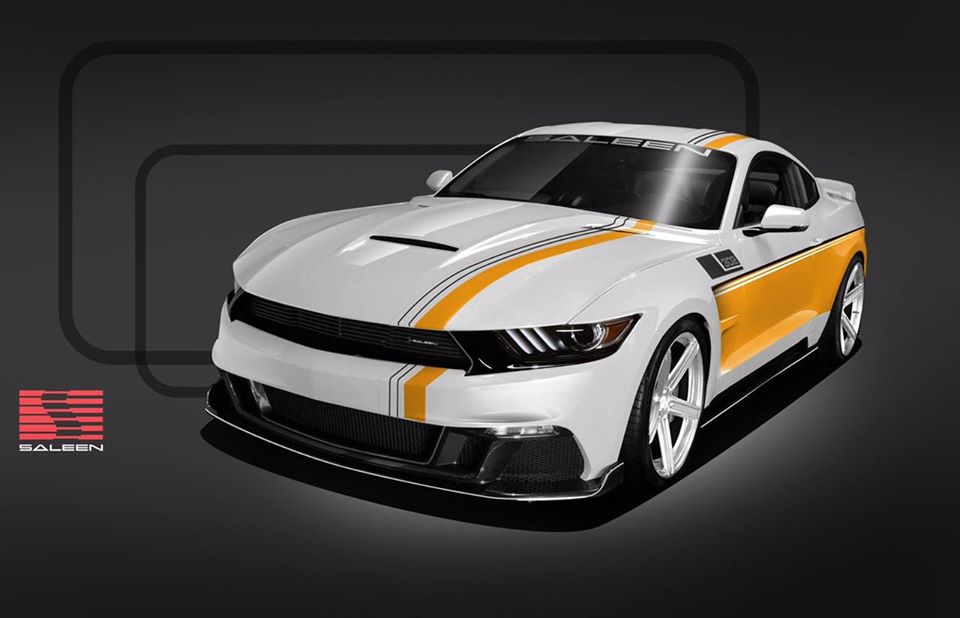 In 1987, just two years after the SCCA combined 6 races into a professional championship known as the SCCA Escort Endurance Championship (later restructured in 1990), Saleen’s race team finished the season spectacularly with a championship win in their class. 30 years later backed by General Tire, Saleen Automotive has announced the Championship Commemorative Mustang that celebrates the aforementioned victory.

The championship commemorative edition is based on the 2015 Mustang S302 Black Label which puts out 730-hp and 600 pound-feet of torque from a supercharged 5.0-litre Coyote V8.

The commemorative Mustang will have two versions, one for the street and the other for the track. Similar to the S302, the commemorative model will be powered by 5.0-litre Coyote V8 with the added benefit of a 3.2-litre liquid-cooled supercharger. With this configuration the street version will produce 730-hp and the track version gets an extra 20 horses bringing that figure to 750-hp.

Both models will get a brand new exhaust system along with a competition shifter. Exclusive to the race version will be a rear-seat delete package, 4-point roll cage, 4-point harness and an upgraded radiator. Saleen’s historic race car designs will also be evident on these special edition Mustangs. We will see the Saleen trademark white wheels with custom yellow, black and white Saleen graphics along with special badging.

The General Tire sponsorship will be evident in the reveal of their G-MAX-RS ultra-high performance tire which the commemorative Mustang will be wearing.

The special edition models have already been earmarked as a future collector’s items as only 30 will be made. Production is set to begin in September 2017 with the first deliveries to be made shortly after. Each car will retail for $87,000, which, in light of the future resale prospects could turn out to be quite the steal.