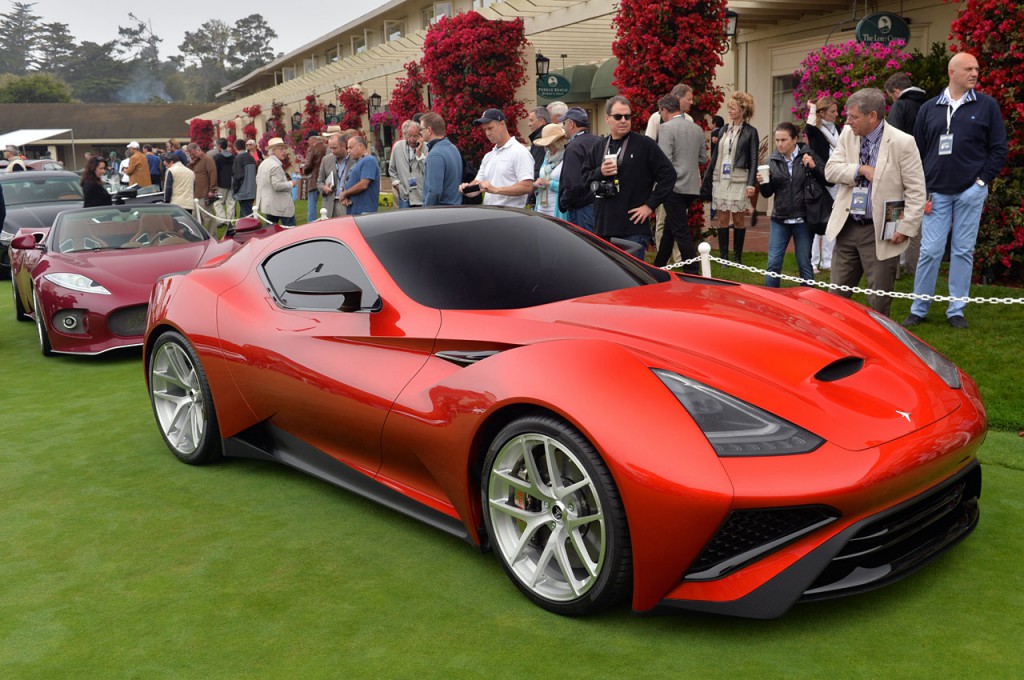 The Icona Vulcano Titanium – a one-off edition of the Icona Vulcano concept car first seen in Shanghai in 2013 – made its debut at the 2015 Pebble Beach Concours d’Elegance this weekend. Appearing nearly identical to the original Icona Vulcano concept which two years ago made its second public appearance at the ultra-exclusive Monterey Car Week, the updated Vulcano Titanium is dressed in a body of titanium and carbon fiber crafted by Italian design firm Cecomp. The bespoke bodywork reportedly took “1,000 hours of hand-crafted work.”

The Icona Vulcano concept created quite a stir back in 2013 with its hypercar looks, reminiscent of the F12berlinetta. But what sent bigger waves through the exotic car ranks were its lofty target performance benchmarks: 0-60 in under 3 seconds and a top speed of 220mph.

The immediate visual appeal of the Icona Vulcano is the work French designer Samuel Chuffart, who previously served as Chief Designer for Jaguar-Land Rover. Claudio Lombardi, responsible for the powertrain, is a former technical director for Scuderia Ferrari and project leader for Aprilia in World Superbike. Lombardi is noted for his expertise in hybrid powertrains which combine both combustion engines and electric motors, but as of last week, it seems the possibility of China’s first hypercar being powered by a hybrid drivetrain, in the style of the Porsche 918 Spyder and the Ferrari LaFerrari, may be too resource and time intensive for Shanghai-based Icona to realize.

Back in 2013, Icona – no doubt with the help of Lombardi’s specialized knowledge – planned to offer the Vulcano with two different powertrain options: a street version dubbed “H-Turismo V12” – which meant power to the rear wheels via a 6.0-liter V12 combined with an electric motor producing a total of 950-hp – or a racing version named “H-Competizione” – comprised of a twin-turbo V6 with a pair of electric motors which when mated together would deliver 880-hp to all four wheels.

This confusing tandem of powerplants seem to have been dumped as the Vulcano returned to Monterey as the Vulcano Titanium, with no signs of the “H” powertrains and now instead is powered by a supercharged V8 sourced from the Corvette ZR1, tweaked to 670-hp and 620-lb ft of torque, all being sent through a paddle-shift close ratio gearbox from Automac Modena.

When Can I Buy (or Dream About Buying) One? 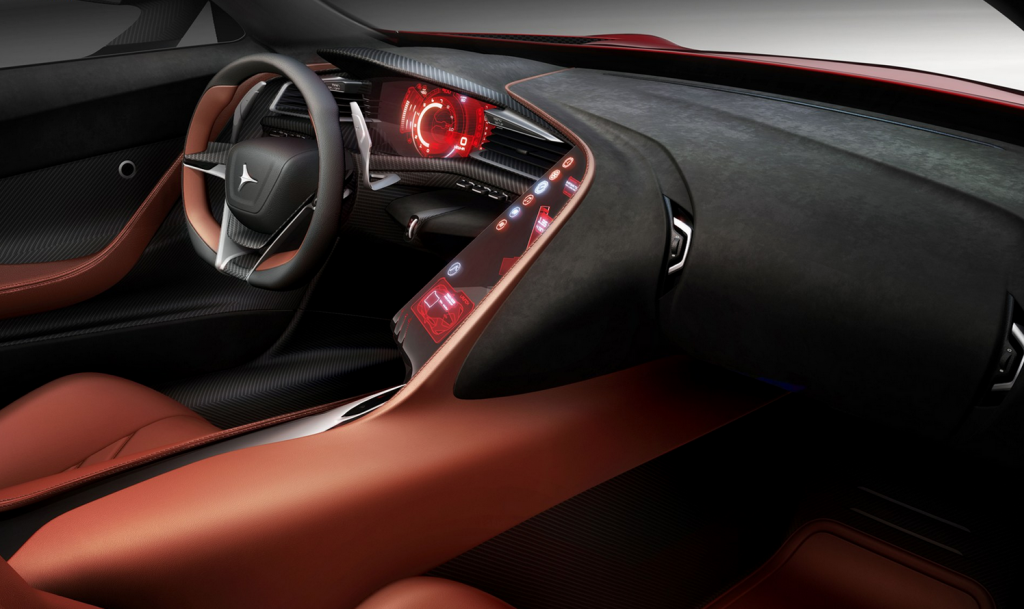 The Icona Vulcano has been making steady progress towards debunking its “one-off, concept car only” labels since its Shanghai debut, but it’s still unclear whether or not the hypercar built by the combined forces of the Chinese and the Italians will ever see production. Their certainly are enough wealthy Chinese clients around who would delight in owning a 918/La Ferrari-competitor born in the same country that they were, but it’s uncertain if the Vulcano will be the first hypercar to ever offer that unique selling point.