The 2016 Montreal International Auto Show (MIAS) is home to a range of new models for the next several days, including a number of dreamy exotics and sports cars. The event is being held at the Palais des Congrès de Montréal, and is open to the public until January 24th. 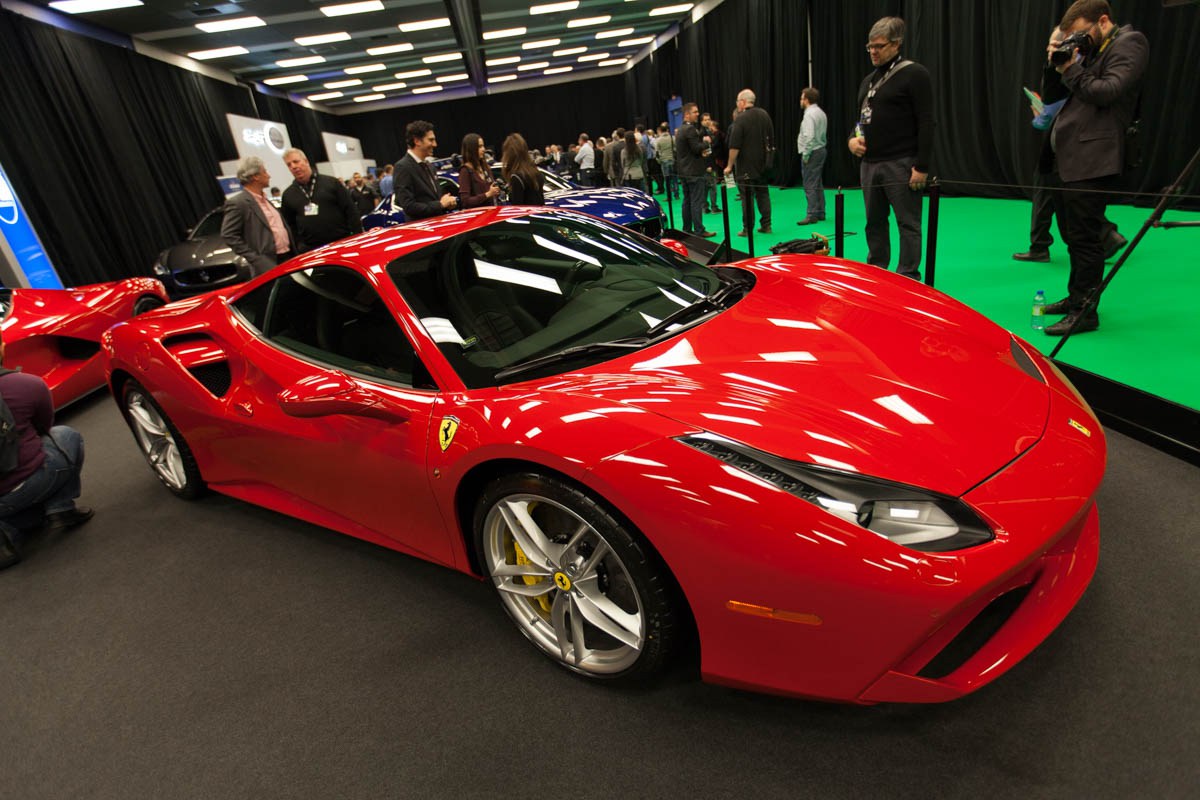 Canadians are sometimes behind when it comes to certain model unveilings, and the new Ferrari 488 GTB (Gran Turismo Berlinetta) is a prime example, having made its North American debut last year in the U.S. The track-ready supercar sports a 3.9-liter turbocharged V-8 boasting 661 horsepower and 560 pound-feet of torque — which is more than its Ferrari 458 Speciale sibling. Top speed is plus 205 miles per hour, and zero-to-62 mph acceleration is accomplished in three seconds. 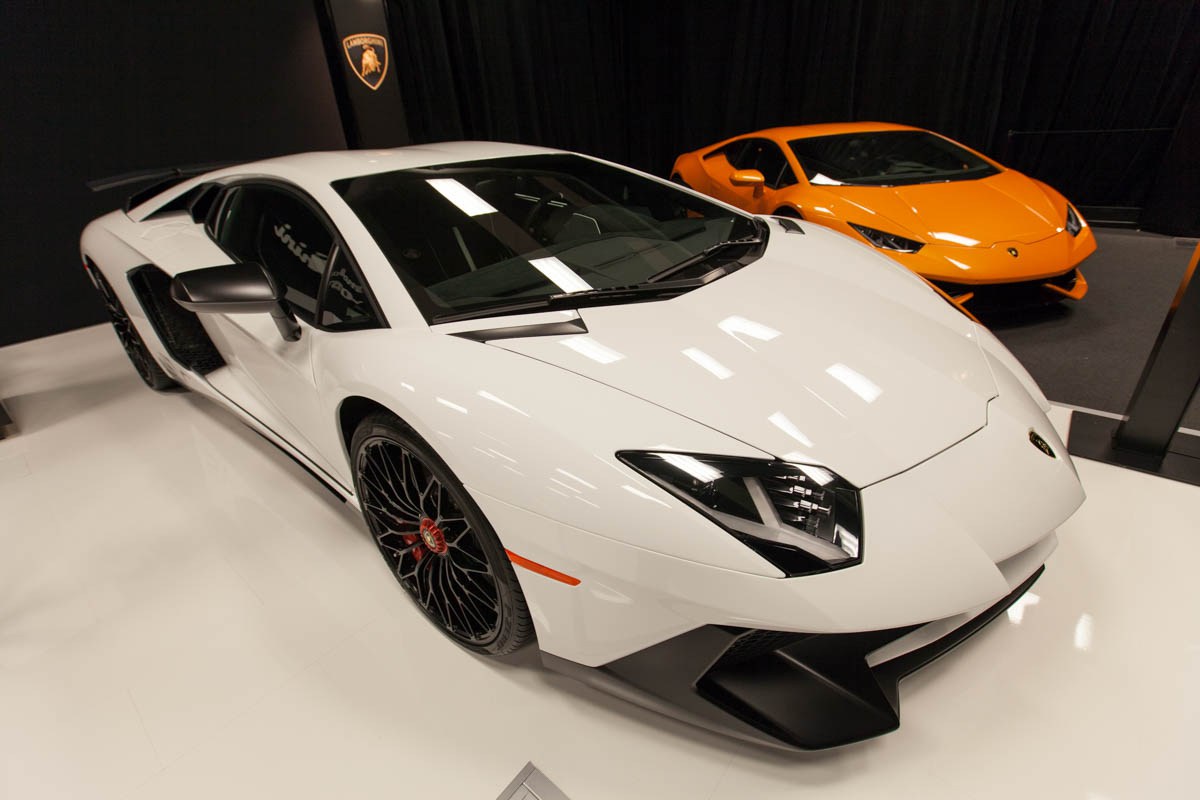 Another beauty unveiled at the annual MIAS, the new Lamborghini Aventador LP750-4 Superveloce packs a 6.5-liter V-12 that churns out a whopping 740 hp and 509 lb-ft of torque. It can reach the 62 mile-per-hour mark from standstill in just 2.8 seconds, and tops out around (or over) 217 mph. Downforce and aerodynamic efficiency have been improved. 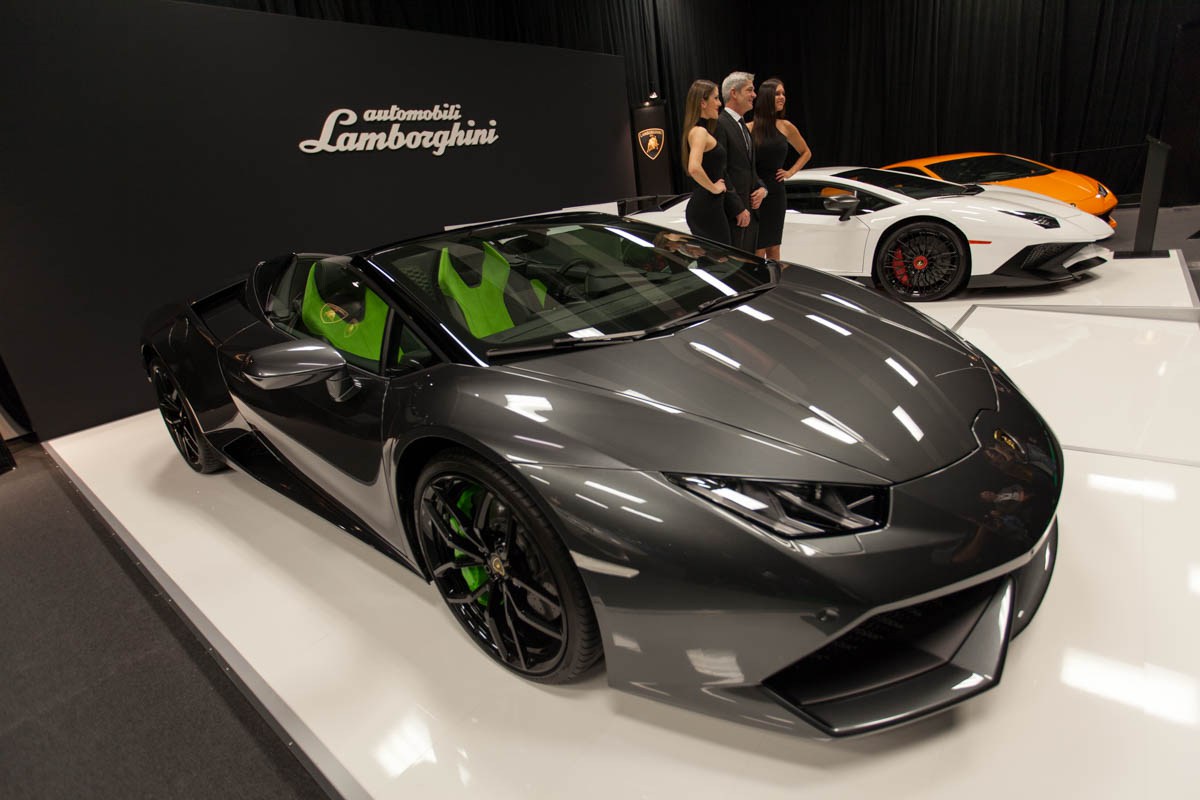 The hot new (or new for Canadians) Huracán LP610-4 Spyder convertible can drop its top in just 17 seconds — and at up to speeds of 31 mph — to reveal flashy green seats that compliment a sleek grey environment. Under the hood sits a 610-hp 5.2-liter V-10 engine mated to a seven-speed dual-clutch transmission. Zero-to-62 acceleration is managed in 3.4 seconds, and top speed is 201 mph.

This model is, without a doubt, a real head-turner. Sleek on the outside, luxurious on the inside, and a heck of a performer by nature, this 562-hp entry-level beauty is competing with the Audi R8 and Porsche 911 Turbo for the spotlight. The model is equipped with a twin-turbo, 3.8-liter V-8 engine that pairs to a seven-speed dual-clutch gearbox, and features more carbon fiber than you can imagine. The McLaren 570S can jet to 62 mph in only 3.2 seconds, and reach a top speed of 204 mph. 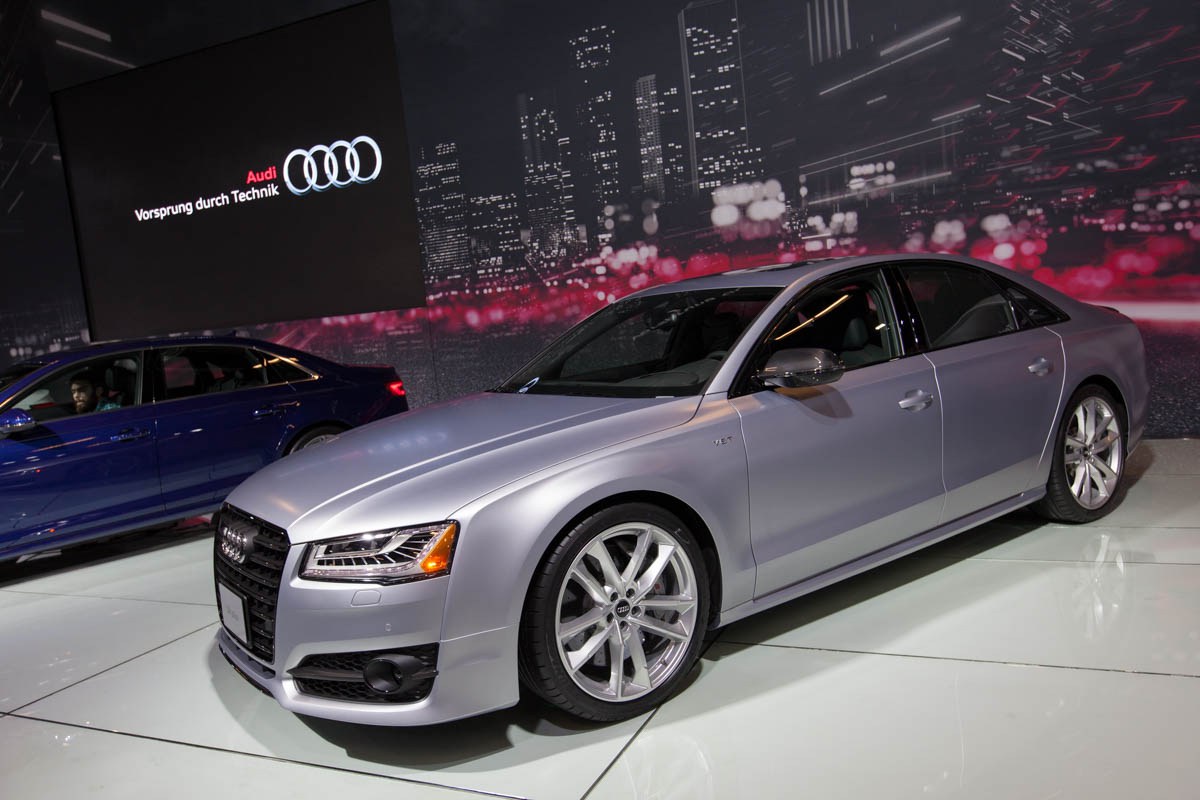 Audi’s super sedan is also worth mentioning, especially when considering its tweaked 4.0-liter TFSI (V-8 turbo) that makes a impressive 605 ponies and as much as 553 lb-ft of torque — more than the base S8. The high-powered four-door model also gets an eight-speed tiptronic transmission, and bolts from zero-to-62 mph in 3.8 seconds — the last of which is likely due in part to a mostly aluminum frame that helped the vehicle shed a few pounds.