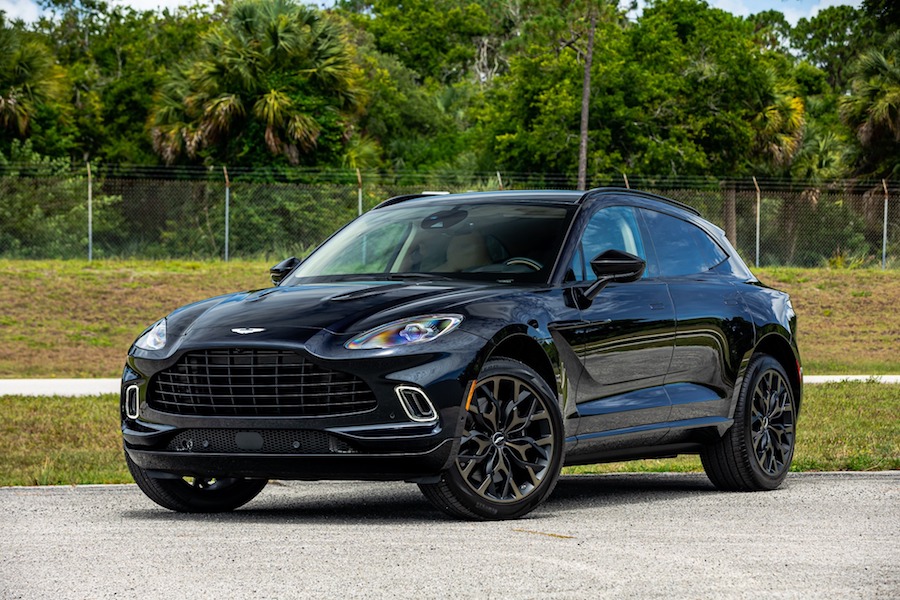 With the DBX, Aston Martin has entered the suddenly competitive arena of top-tier SUVs. Read on for details about the brand’s newest vehicle.

Porsche shattered the status quo when it launched the Cayenne SUV. Sure, purists freaked out, but the critics settled down when they realized the Cayenne still drove like a Porsche. With this experience in mind and SUVs now available from Bentley, Lamborghini, and Rolls Royce, Aston Martin sought to take its fair share of the market.

While you’re not likely to take a DBX on a grueling off-road experience, this Aston Martin SUV has an active all-wheel-drive system with variable torque distribution and height-adjustable air suspension. In other words, it can coddle you in comfort while on a snowy road or backwoods trail.

The recent spate of ultra-luxury SUVs—Bentley Bentayga, Lamborghini Urus, and Rolls Royce Cullinan—carry trace minor elements of each brand’s passenger car design. But that’s about it. On the other hand, the DBX embraces an entire look (particularly on the front end) that would be right at home on a DB11 or DBS. You can instantly look at the DBX and recognize its origins.  That’s hard to say with the others.

DBX By The Numbers

Don’t judge a book by its cover. Beyond the DBX’s striking looks is a powerful driving machine. Its twin-turbo 4.0-liter V-8 kicks out 524 horsepower and 516 lb-ft of torque. Car and Driver says that’s good for a 3.9-second run for a 0-60 mph dash.

Not The Cheapest Aston Martin

The Vantage still holds its place as the least expensive Aston Martin with the DBX slotting above it. A new, typically equipped DBX runs in the low $200s, but it’s not hard to find ones that cost more. A year-old example with very low miles can easily drop the price by 10-15% compared to new.

Say Hello To A Mercedes Powertrain

The DBX’s engine, nine-speed automatic transmission, and infotainment system are sourced from Mercedes-Benz. Hopefully, Aston Martin got a company discount on the parts as Mercedes-Benz owns 20% of the UK-based automaker. 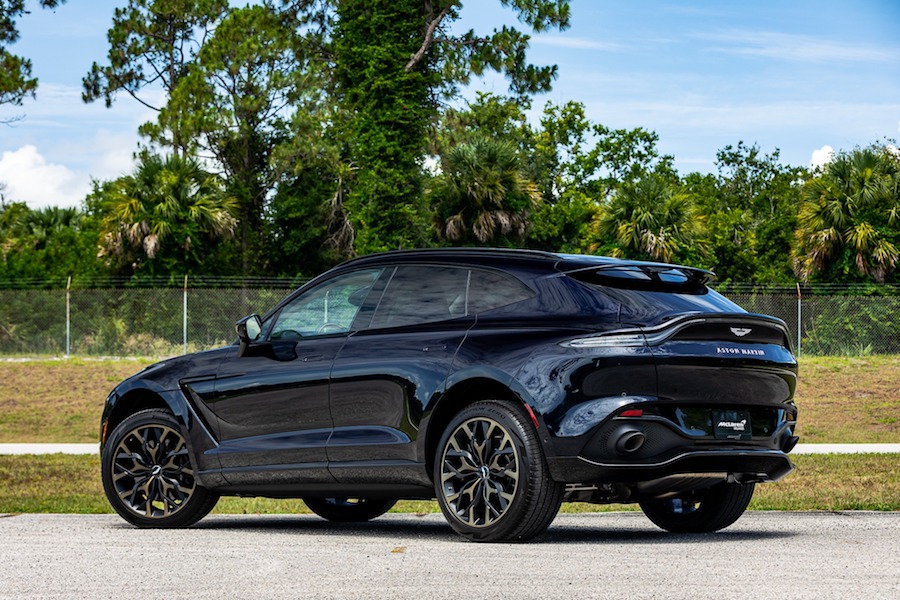 The Aston Martin DBX for sale is the first vehicle to roll out of the company’s brand-new plant in St. Athan, Wales. The facility was converted from a Royal Air Force training and maintenance center that first opened in 1938.

The Biggest Grille Ever

According to the brand’s chief creative officer, Marek Reichmann, the DBX has the largest grille ever used on an Aston Martin. A signature effort for the company’s first SUV.

Aston Martin started from scratch with the DBX, so there is no platform sharing with its stablemates.

Appearance In Formula One

In addition to having an Aston Martin Formula 1 racing team, the company has the DBX serving work duty for the series as the official medical car. The green and yellow SUV is fully equipped to respond to track-side emergencies.