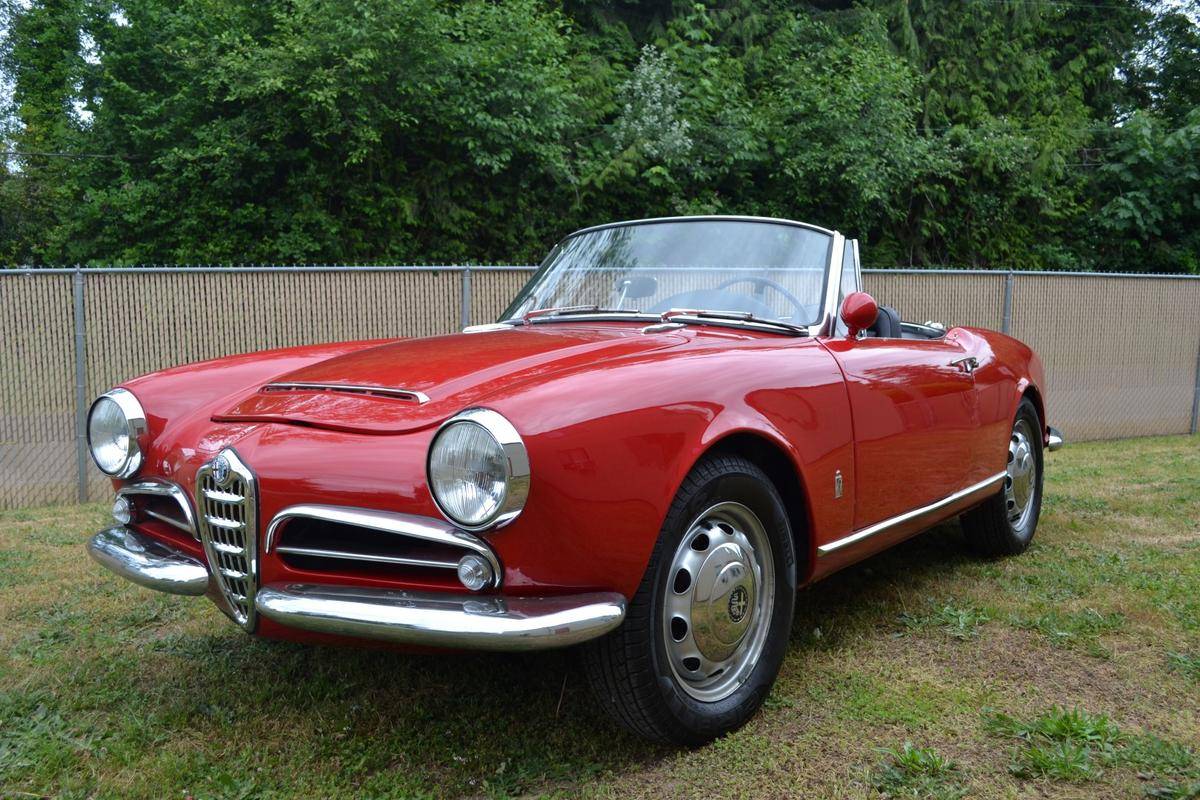 Throughout the decades the Alfa marque always produced noteworthy sports cars, but particularly those produced during the mid-60s. This sensitivity clearly applies to the 1965 Giulia Spider, since Bertone’s Giorgetto Giugiaro created a classic mix of post-war aesthetics, elegant appointments, and performance that undoubtedly caused drivers to smile with joy.

The car’s drive train was powered by an alloy, double-overhead camshaft, straight-six engine rated at 145 bhp that was mated to a 5-speed gearbox, thereby allowing the car to reach speeds up to 106 mph. To get the car to stop properly the Spider was fitted with a four-wheel disc brake setup, which at the time, was only utilized by the most sophisticated sports cars of the day. 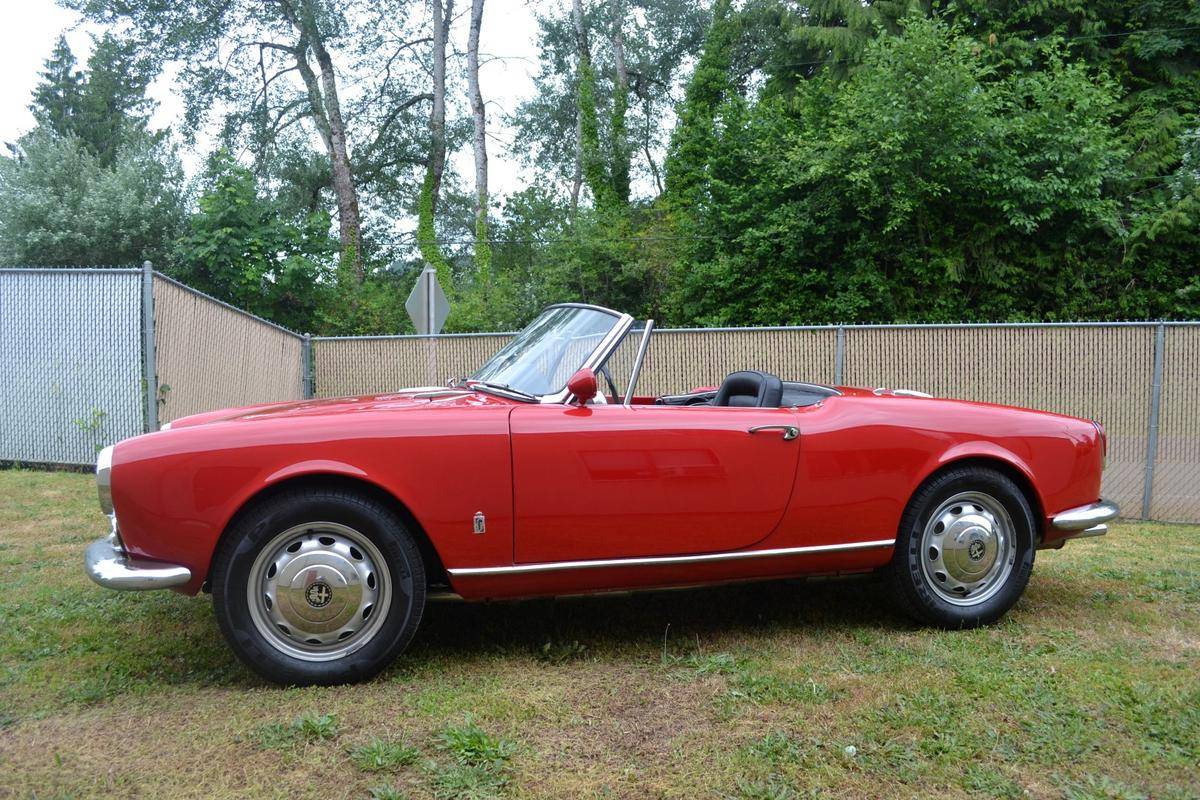 As a racing marque, Alfa tended to only race their factory saloon cars (sedans), however periodically Spiders would show up, either as specialized factory mounts, or as individual participants associated with various privateer efforts. While the variant tended to exhibit a ‘softer-than-normal’ ride for sports car, this particular cornering weakness never seemed to create much of a negative impact during competitions, and regardless, Alfa’s always made a mark where ever they competed.

Today 60s Giulia Spiders are generally coveted by concours collectors who typically prefer to show their cars only during specialized events; while at the same time, other owners decided to drive their Alfa rag-tops year round. From the perspective of a potential ‘find and restore’ effort leveraged by researching cars on the Internet, or in an attempt to hunt around for a barn or backyard jewel, Giulia Spiders are generally hard to come by. However, if you’re able to exhibit a fair amount of persistence, the goal can be realized over time. 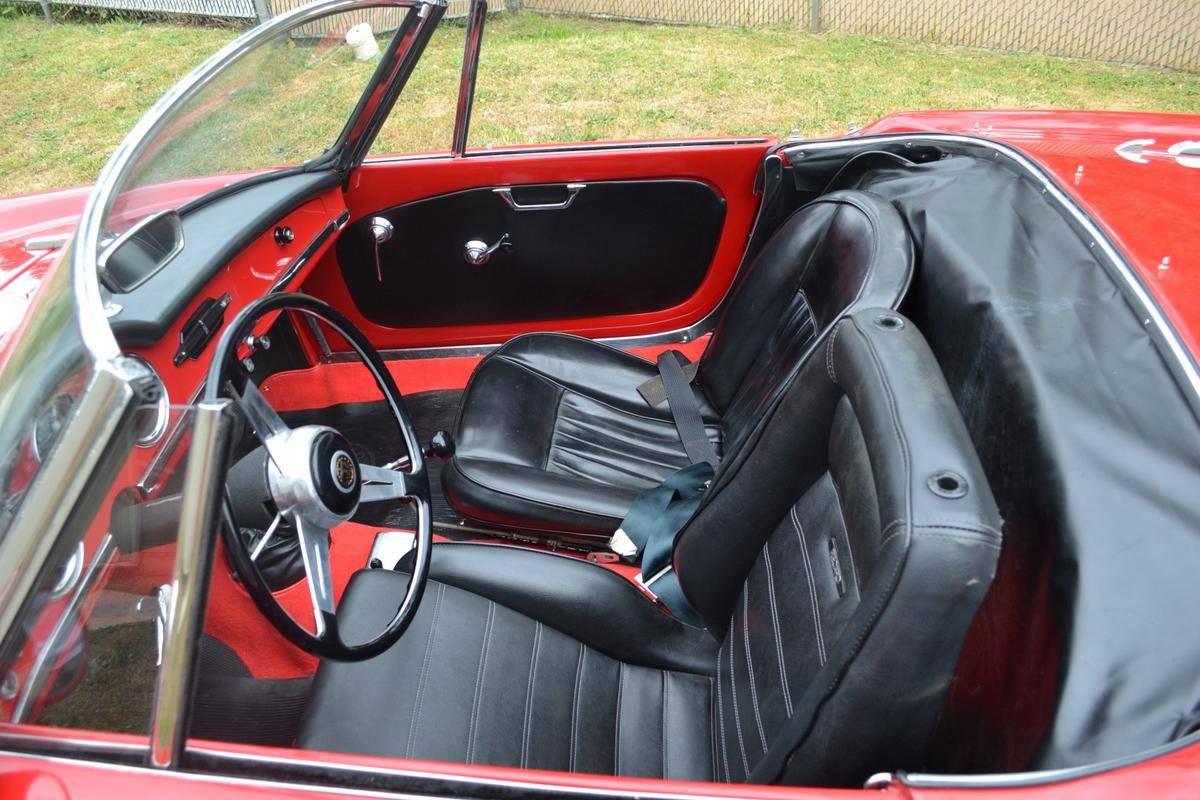 Once you’ve made the commitment to do, or own, a complete restoration, valuations of these vehicles range widely, depending on a host of external metrics. These include; the availability of a vehicle’s complete certified paper trail, accurate parts serial numbers end to end, and a host of other highly-granular but critically important details.

So there you go; a short primer on the 1965 Alfa Romeo Spider Giulia, one of the truly historic post-war sports cars, built by an equally great marque.