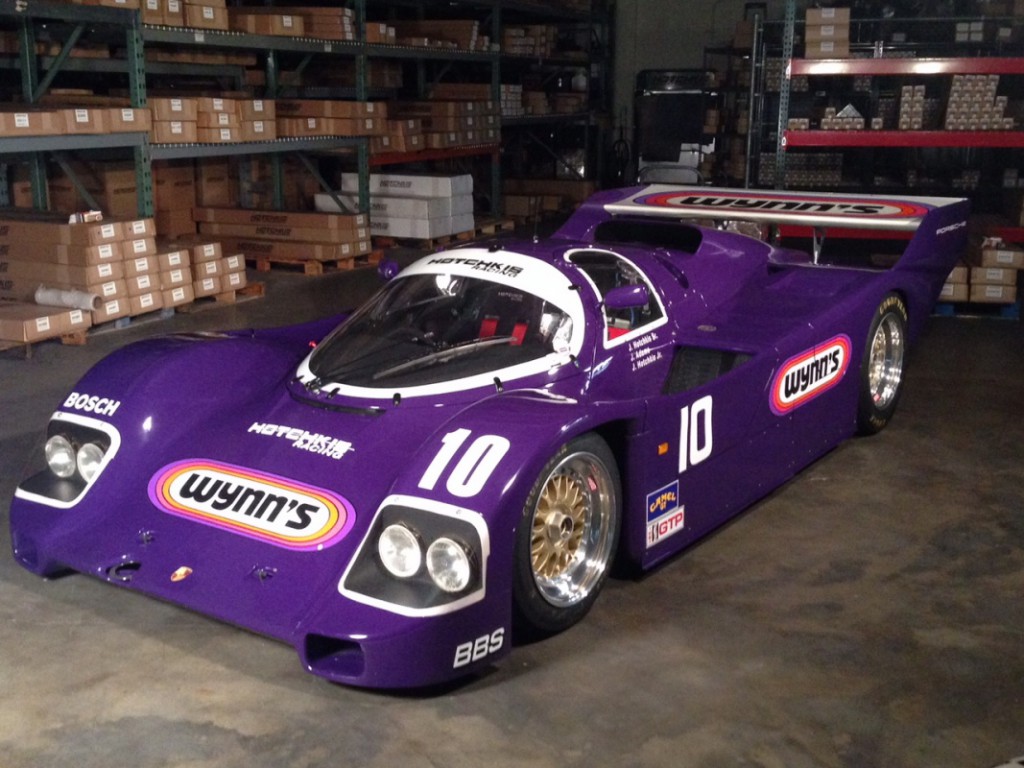 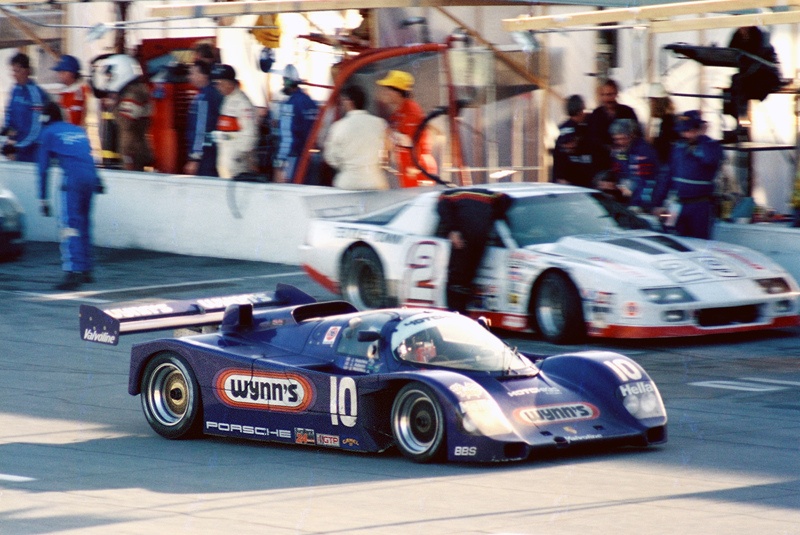 Carrying the livery of Wynn’s Oil Products Company, it was originally built by Porsche Motorsports North America , delivered and tested at Watkins Glen, New York by the late Al Holbert prior to the mid-season Camel Continental 500 on July 6, 1986. There it qualified 13th and finished 8th. The Hotchkis/Wynn’s team went onto race F01 (HR3F) extensively over the ensuing years, proving very competitive in the IMSA Camel GTP series. The 962 has numerous top 5 IMSA Camel GTP finishes including 3rd Daytona 24hr 1991, 4th Sebring 12hr 1990, 5th Daytona 24hr 1987 before retiring from competition in 1991. 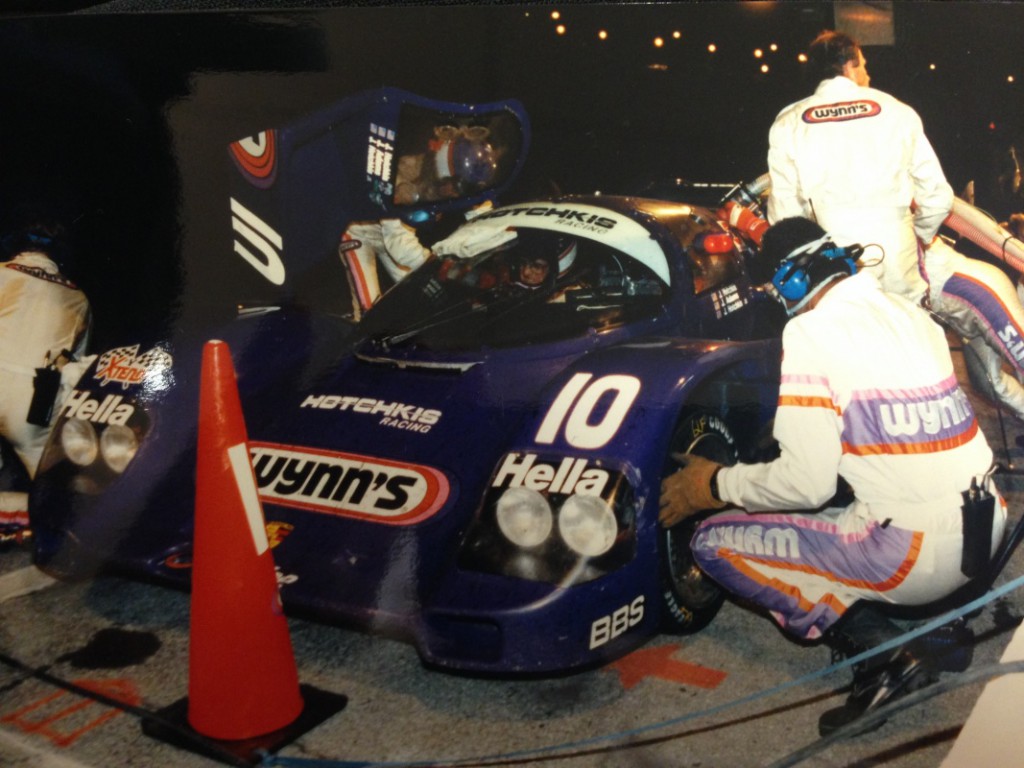 Its break from the racing scene was, however, short-lived, with the car returning to the track as a vintage racer in 1997. Among a long list of vintage racing highlights are numerous wins and top-five finishes at Historic Sports Car Racing events between 1998 and 2001, and more recently, a win in the GTP category race at the 2009 Monterey Historics. F01 (HR3F) also proved very competitive at Laguna Seca’s 2011 Rennsport IV Porsche festival, claiming fourth overall, first 962, in the Stuttgart Cup. 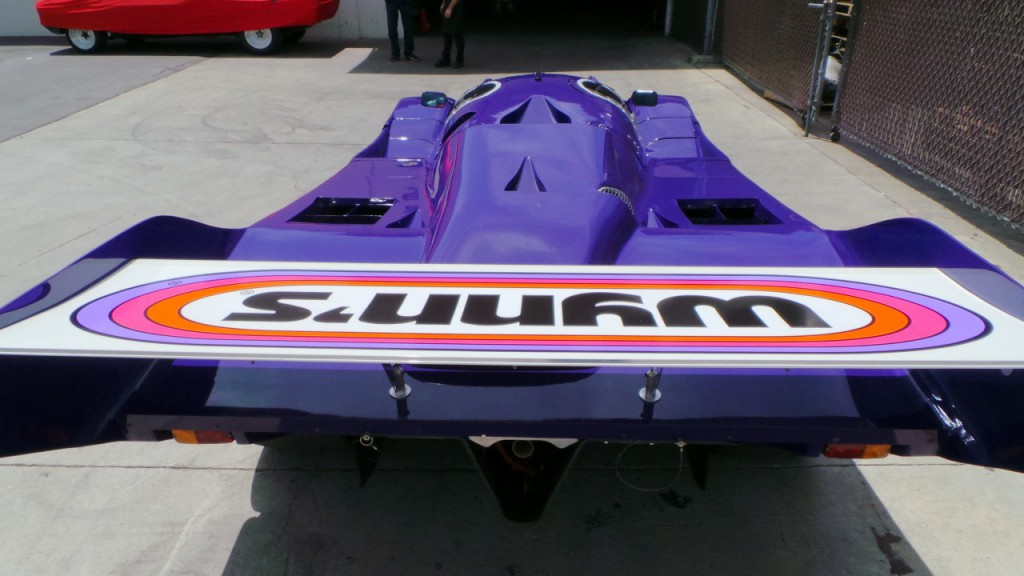 The Hotchkis 962 completed the 1986 and initial 1987 IMSA seasons, and then was in an accident at the 1987 Miami GP. The damage was severe and the 962 was rebuilt on a new identical tub F02 (HR3FR). The original tub F01 (HR3F) remained in the Hotchkis Racing shop until 1989 when it was extensively repaired by Fabcar Engineering the original Porsche (PMNA) authorized American tub manufacture. In 1990 the newly rebuilt Hotchkis 962 F01 (HR3F) debuted at the 24 Hours of Daytona and raced for the remainder of the 1990 and 1991 IMSA seasons. 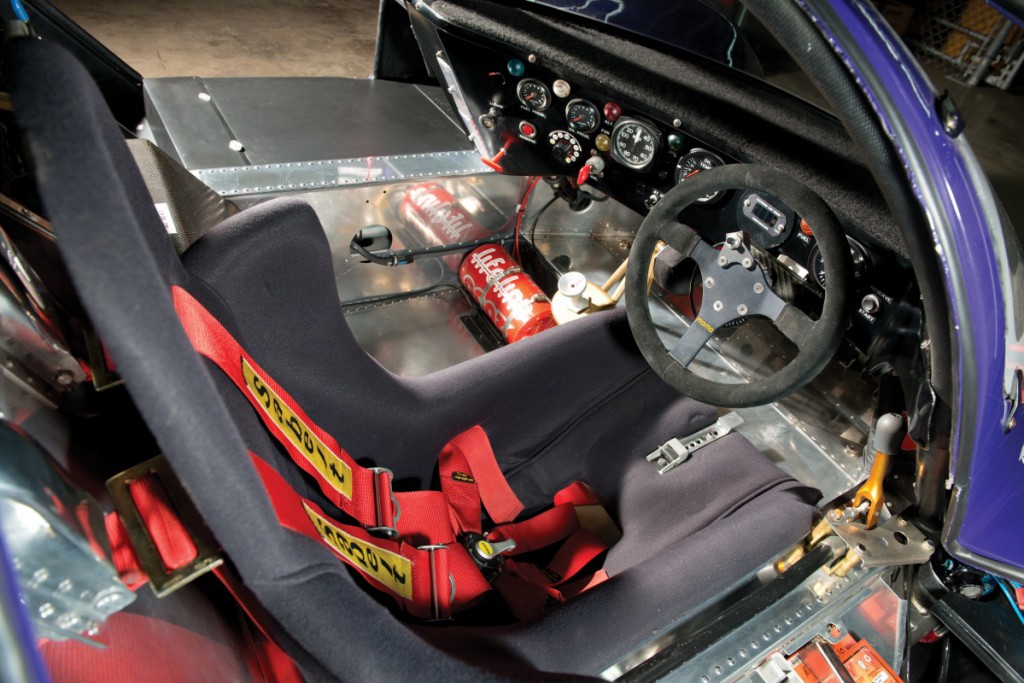 One owner with authentic Porsche registration plaque.
Absolute pleasure to drive, very quick and reliable.
Ready to win in UK and European Historic Group C/GTP due to 1986 classification.
Perfect choice for Classic 24 at Daytona.