You are viewing an extremely rare 2005 Porsche Gemballa Mirage GT that will be heading to RM Sothebys’ Paris Auction on February 5th 2020. This supercar was converted to Mirage GT specifications for legendary football player Samuel Eto’o. It is also 1 of only 25 Mirage GT’s built; and 1 of 3 Gold Edition Mirage GT’s. It currently sits with just 6,500 km since new and was just serviced at Porsche Stuttgart. 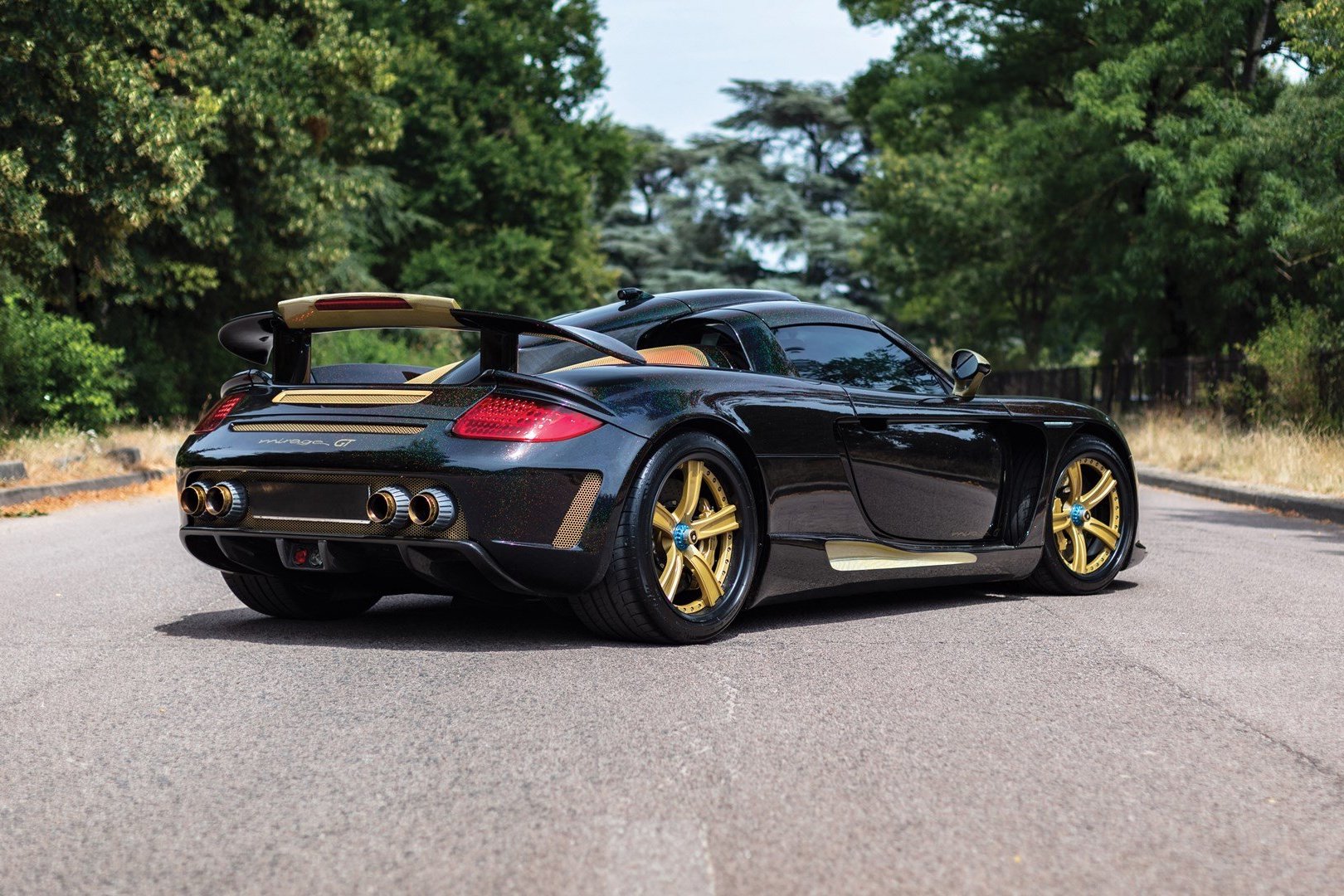 The car started off as a 2005 Porsche Carrera GT and was delivered new to Gemballa and to Mirage GT specifications. Over the years Gemballa has built an impressive reputation for modifying Porsches, but even for a car as extraordinary as the Carrera GT, Gemballa turned it into a hypercar in a league of its own. Gemballa increased power by 58 bhp from the Carrera GT’s 5.7 literV10 engine, bringing total output to 670 bhp and 630 Nm of torque. The supercar goes 0 to 100 km/h in just 3.7 seconds with a top speed of 335 km/h.

Its first and only registered owner was Samuel Eto’o, the Cameroonian football player considered by many as one of the most talented to ever play the game and whose achievements include winning a gold medal for the Cameroonian football team in the 2000 Summer Olympics in Sydney. After its delivery, the car was registered at his residence in Paris. This supercar is truly special and is expected to draw tons of spectators and bidders at next months auction.