The annual Specialty Equipment Market Association (SEMA) auto show is perhaps the biggest show for tricked-out cars in the world. Held in Los Vegas, this auto show attracts unique rides each year. While automakers dominant most auto shows, SEMA is all about custom builds assembled by leading aftermarket companies.

Given that companies are often looking to strut their stuff, it should come as no surprise that the SEMA shows regularly features some of the most extreme custom builds around. This year, some truly amazing (and often wacky) cars were put on display.

Unfortunately, the SEMA auto show isn’t open to the public. That’s why we’re going to share some of the best rides with you. 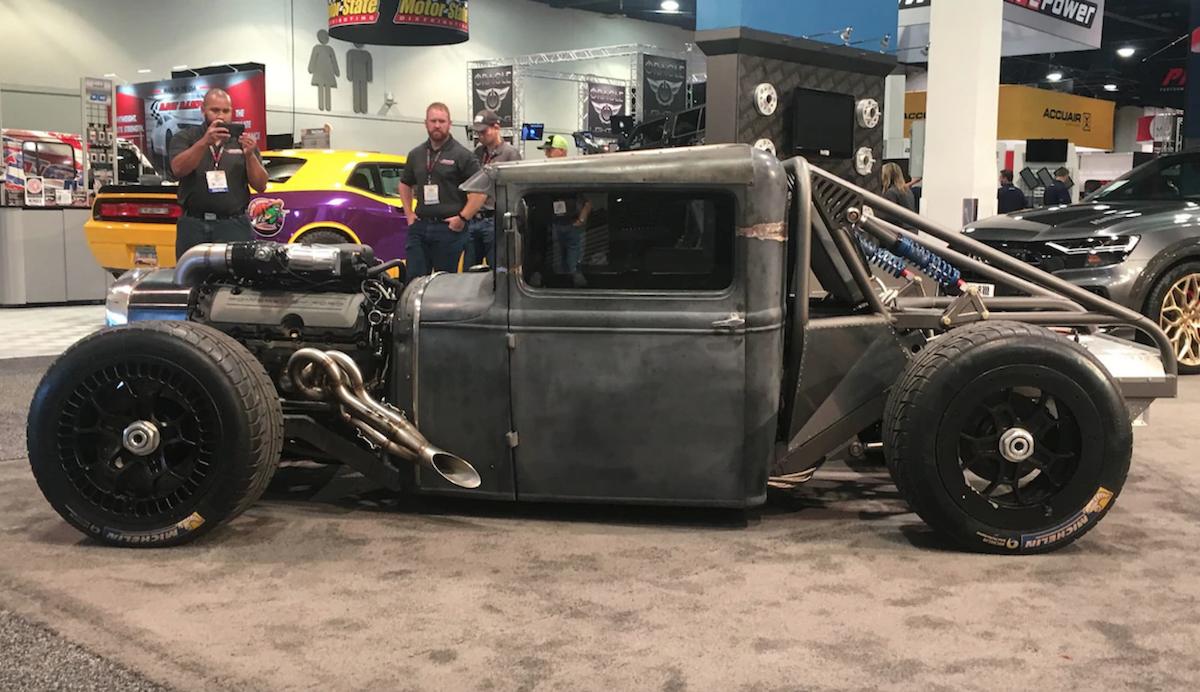 Mike Burroughs from Stanceworks put together an incredible Ford Model A pickup truck that retains all the classic stylings but gets some serious upgrades in the performance department.

Powered by a V-8 Coyote engine and featuring a racing-inspired pushrod and bell crank rear suspension system, this car was a true show stopper.  Looks wise, this 1931 Model A race truck looks like something you might see in a Mad Max film. 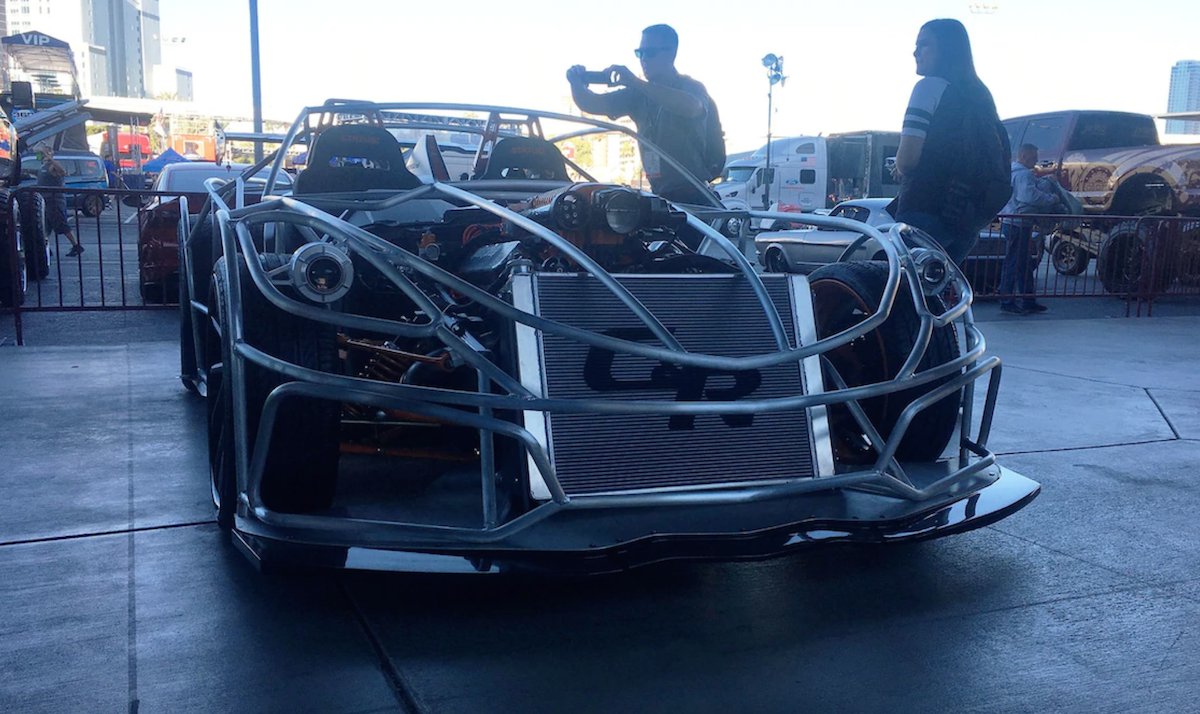 Corvettes have evolved into proper hypercars over the years, now capable of competing with Lamborghinis and the like. Unfortunately, Corvettes have also gotten more expensive, with high-end models being priced well into the six figures.

With the Polaris “Sling-Ray” by FLO AirRide, however, you can assemble your own wireframe car that looks like a Corvette. This skinless design is certainly among the more interesting we’ve seen in a long time. 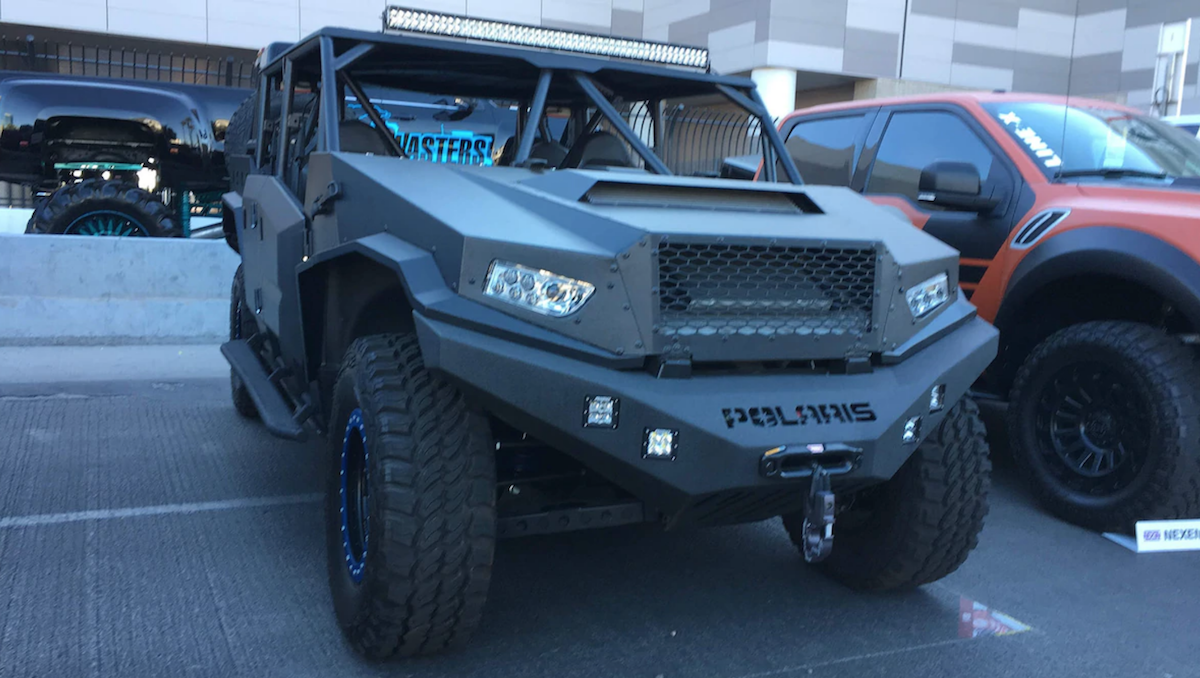 Polaris had another hot model on hand at the 2018 SEMA auto show, the Dagor. The offroad vehicle looks exactly what you’d expect to see in a futuristic military movie. Who knows if the Dagor will ever hit the battlefield, but it is a striking vehicle either way. 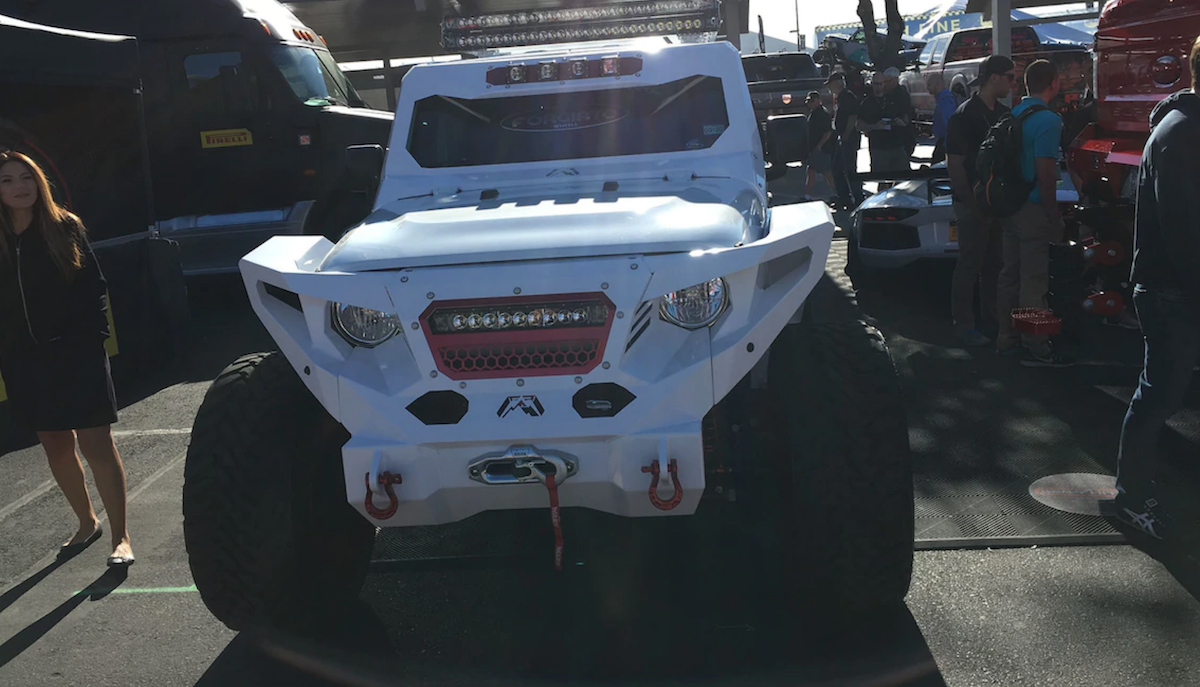 Like the Dagar, this Jeep looks like something straight out of the future. Pink accents soften the look a bit, but this Wrangler still comes with an aggressive, industrial design while still clearly being a Jeep. 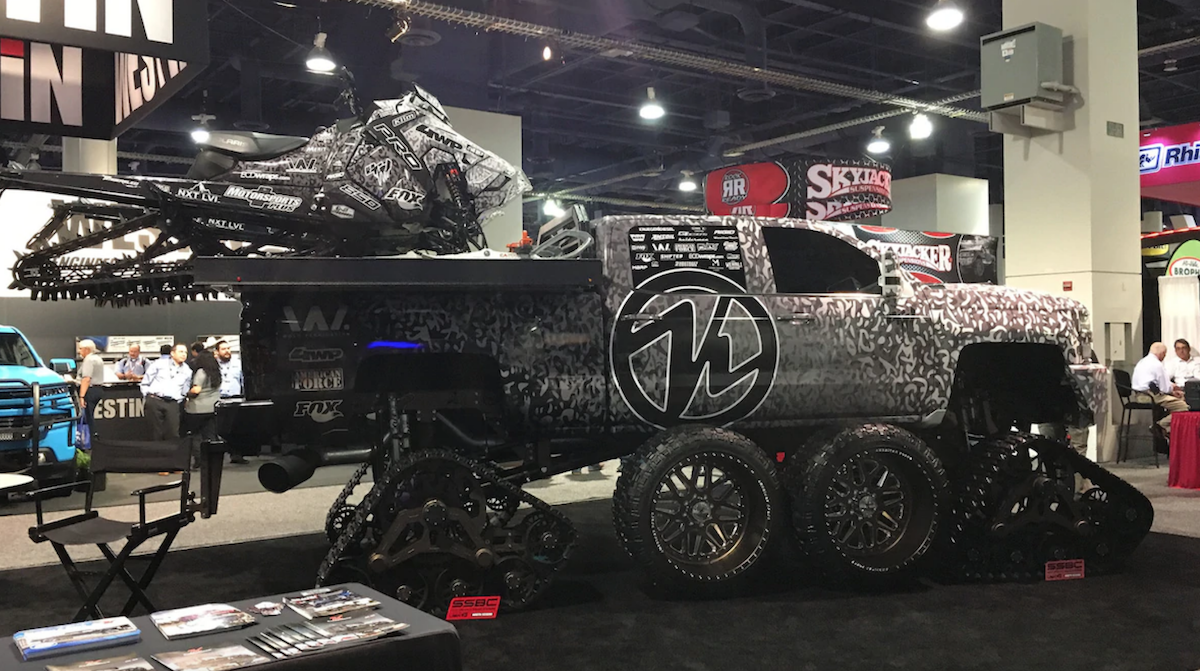 There’s a reason tanks use tracks rather than wheels. For extreme terrain and heavy loads, tracks simply perform better. And you don’t have to worry about flat tires.

With the Tracked Chevrolet HD by David Fischer and Kelderman, you can enjoy all the benefits of tracks along with the comforts of a Chevrolet pick up. While tanks are cool and all, they don’t make for the most comfortable of rides.