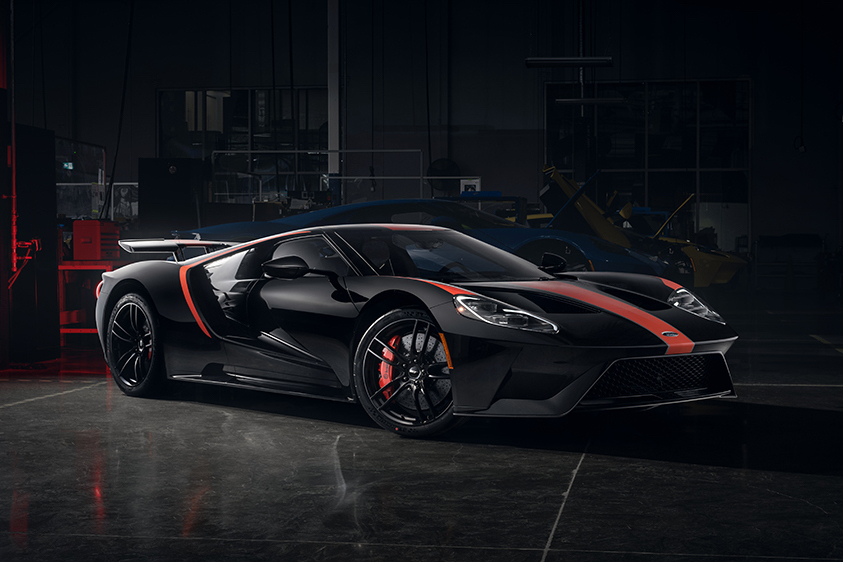 The Ford GT is a legendary car even when lined up alongside other hyper cars. The original Ford GT40 shocked the world back in 1966, when it unseated Ferrari in the 24 hour Le Mans Race. The GT went on to win races for a few more years before being mothballed. Ford revived the GT in 2005 and since then, the GT has become one of the more popular super cars. Now, Ford is honoring that legacy with the Ford GT Studio Edition.

Those lucky few who get to purchase one of just forty Ford GT Studio Editions will have a lot more say over their super car’s styling. That’s because Ford Performance and Multimatic are allowing owners to put together custom accents that you can pair with the GT’s standard eight colors. 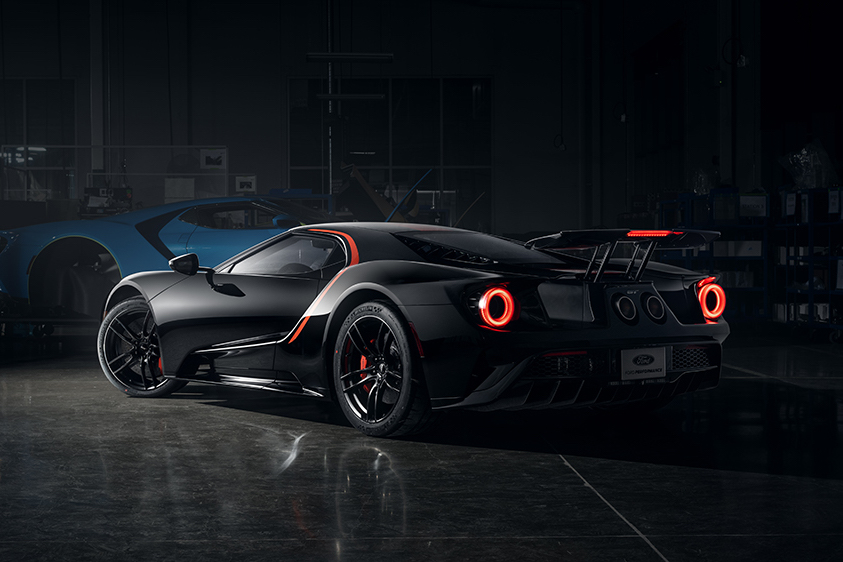 And now, we know what the first Ford GT will look like. This first edition is adopting a sleek black in combination with a single brilliant Competition Orange racing stripe that accents the air intakes.

Ford GT’s are attractive mid-engine cars even with standard paint jobs. Still, the owner of the first Studio Edition clearly has good tastes. The first Ford GT Studio Edition is menacing in subtle ways. And cranking out 647 horsepower, this Ford GT will be able to back up its looks.

There’s no word yet on how much the Ford GT Studio Edition will cost, but expect a hefty premium on the already high $500,000 price tag on a Ford GT for sale.