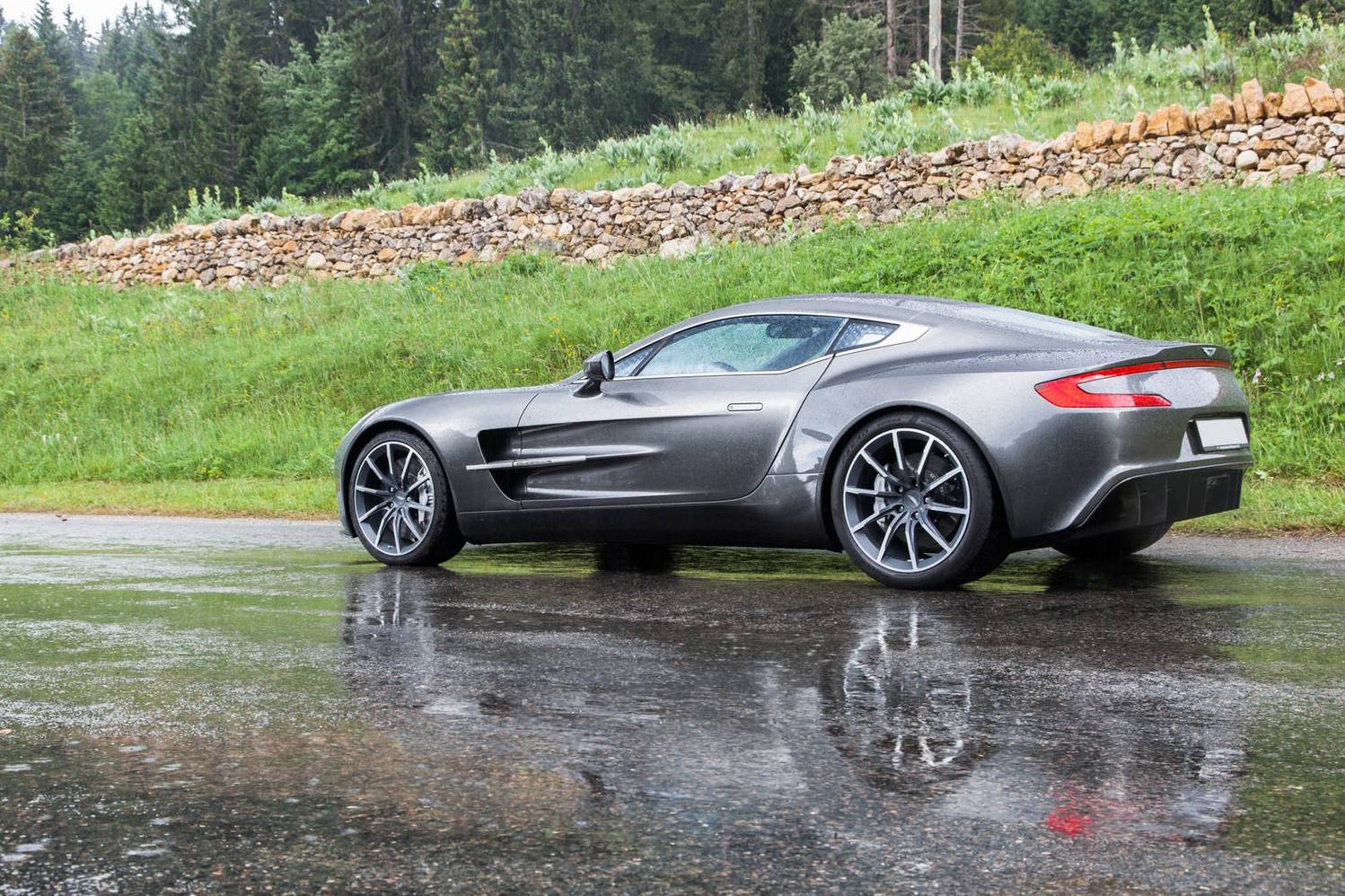 In 2008, Aston Martin unveiled the One-77 at the Paris Motor Show. The One-77 was the result of Ulrich Bez, Aston Martin’s CEO, providing the company’s chief engineer with two objectives: to design and build the fastest, most radical Aston Martin ever; and to forget about cost. The ultimate cost of the car did not matter.

Essentially, the One-77 was to be Aston Martin’s ultimate car. The company would limit production to 77 cars. After 77 were made, there would be no more. And Ulrich Bez declared that the press was forbidden to test drive and review the car.

The One-77 is a work of art. Its monocoque chassis is carbon fiber. The body of the car is made of aluminum, resembling a flattened full-metal jacket bullet. Muscular creases adorn the butterfly doors, along with serpentine tail-lights and a massive diffuser that produces tremendous downforce at high speed. The interior of the One-77 is composed of carbon-fiber panels and black anodized aluminum trimmed in leather. The dashboard and waterfall center console look and feel like the X-Wing Starfighter flown by Luke Skywalker.

The jewel in the One-77’s crown, of course, is the engine. A 7.3-liter V-12 that develops 750bhp and 553 foot-pounds of torque. To handle all that torque, Aston Martin opted for a six-speed automated manual gearbox. 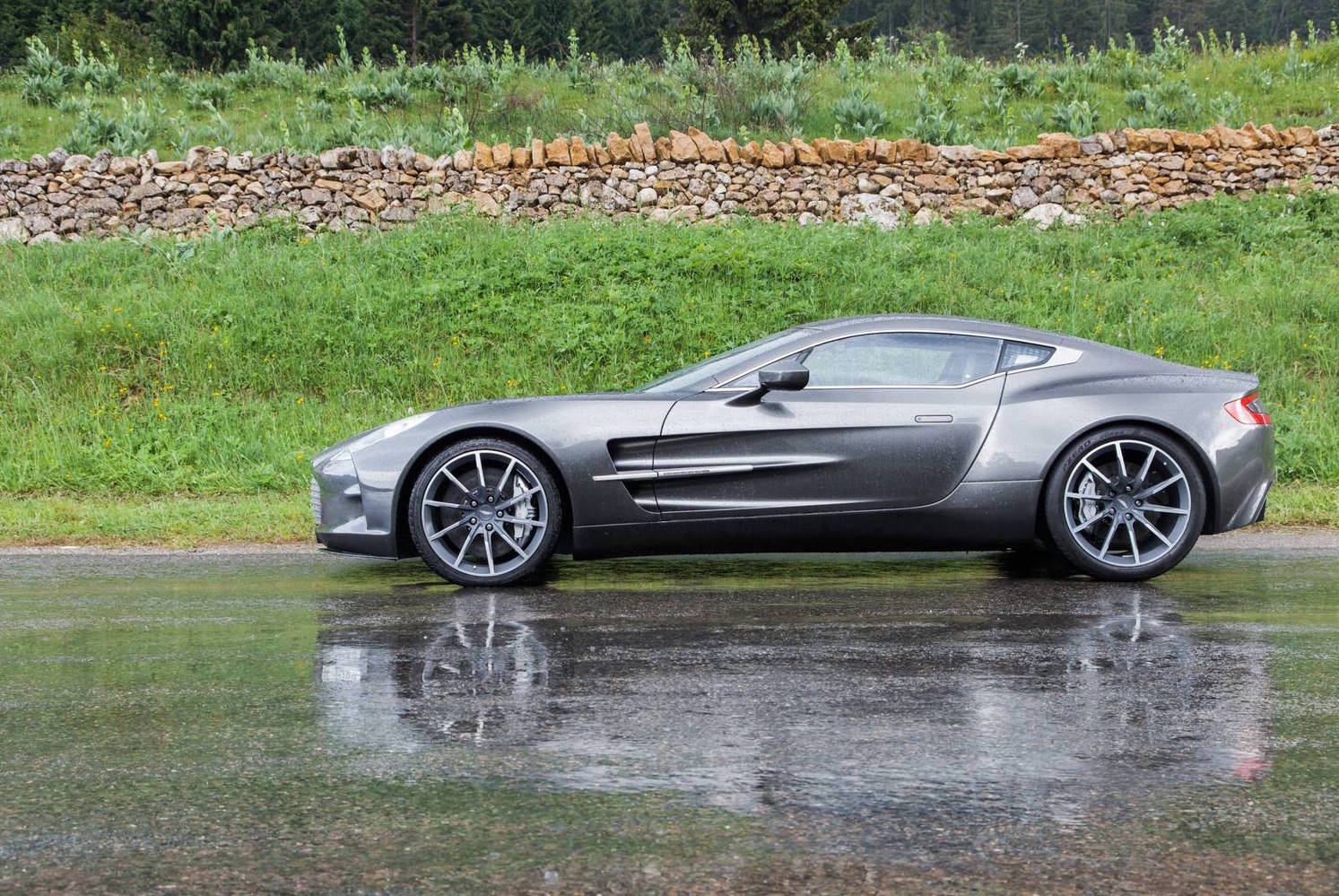 Only one word describes the power of the One-77 – vicious! The car is literally capable of spinning its rear tires at 65mph. Just put the pedal to the metal and experience a display of awesome power. The numbers speak volumes about the car’s latent potential: 0 to 60 in 3.5 seconds, with a top speed of 220mph. And as expected, this performance carries a heavy penalty in the area of fuel-efficiency. About 6 to 6.5 miles per gallon.

The handling of the car is surreal. Ultra-wide, sticky tires mounted on massive light-weight wheels grip the road with claw-like adhesion. Most of the One-77’s mass sits inside the wheelbase, which translates into neutral handling. Once the One-77 achieves 80mph, the folding rear wing pops up. When the wing is up, the car exhibits a slight understeer, which makes long, fast bends a kick in the pants.

A car as powerful and fast as the One-77 must be able to slow down. Just as with every other aspect of the car, the One-77 excels in the braking department. Carbon Ceramic Matrix brakes, with huge ventilated rotors haul the 3400 pound car and its Pirelli P Zero Corsa tires to a screeching halt.

For those drivers who desire a frame of reference, the One-77 is similar to the DBS and DB9, but the wheelbase is two inches longer and the cars sits almost four inches lower. Unlike other Aston Martin models, the One-77 is not a gracious and refined English gentleman’s automobile. The One-77 is a raw and brutally powerful supercar, a supercar that goes for just under $2 million. It has all the hi-tech doodads modern car enthusiasts expect. But don’t let the advanced technology fool you. Driving the One-77 is like grabbing a tiger by the tail. It is highly probably that someone is going to get bitten. 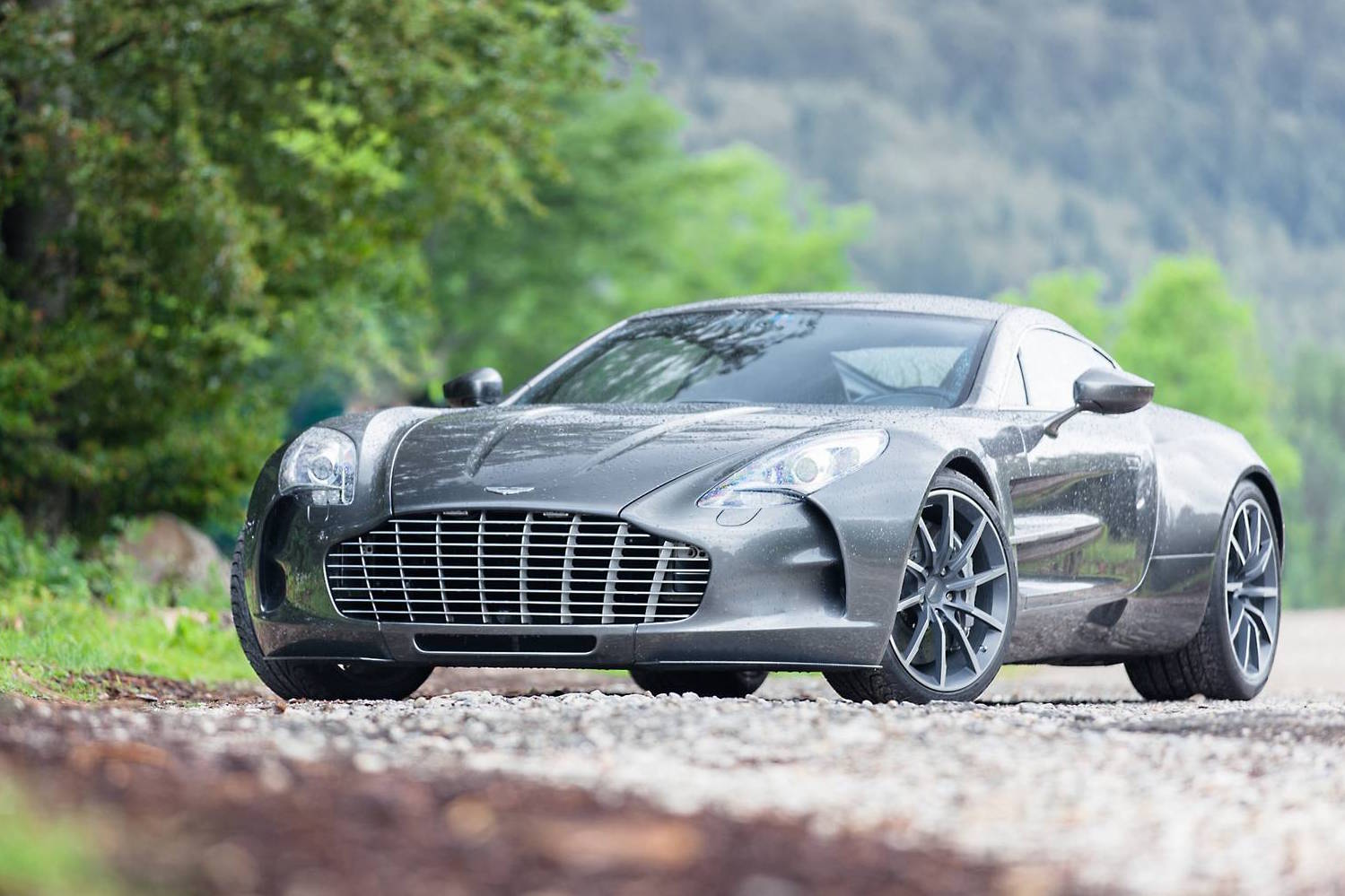