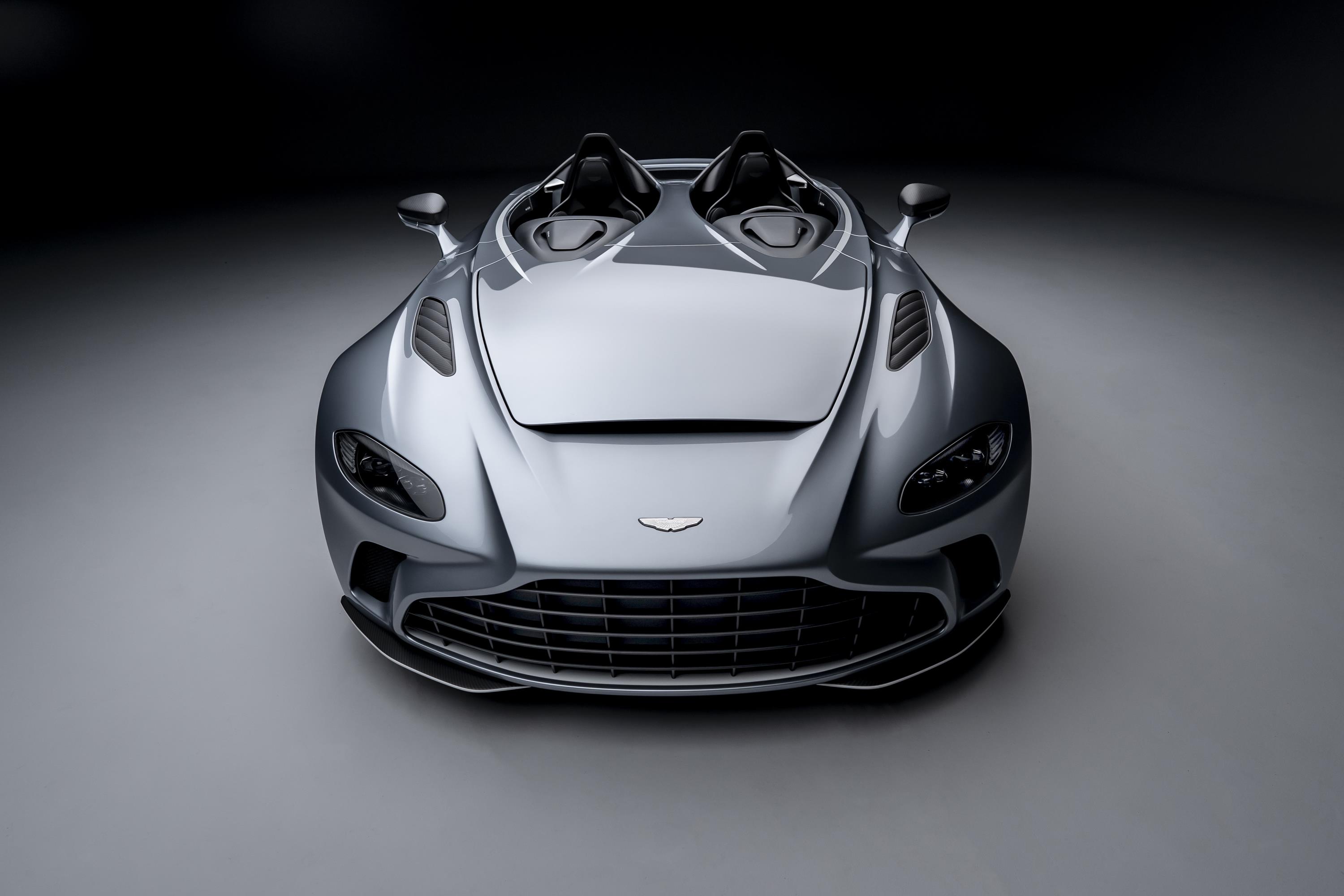 Up until now, there have been some whispers about the Aston Martin V12 Speedster but not too much concrete information. Now, Aston Martin has pulled back the curtain, introducing the V12 Speedster to the public for the first time. The exotic hypercar certainly looks like something super-spy James Bond, long an Aston Martin patron, would be proud to drive.

For the last twelve months, the “Q by Martin” team has been working on the V12 Speedster. The work has paid off, with this speedster featuring stunning looks and excellent performance. Just don’t go expecting certain road luxuries, like a windshield. This car is built for speed and some things are left off for sake of weight and aerodynamics. 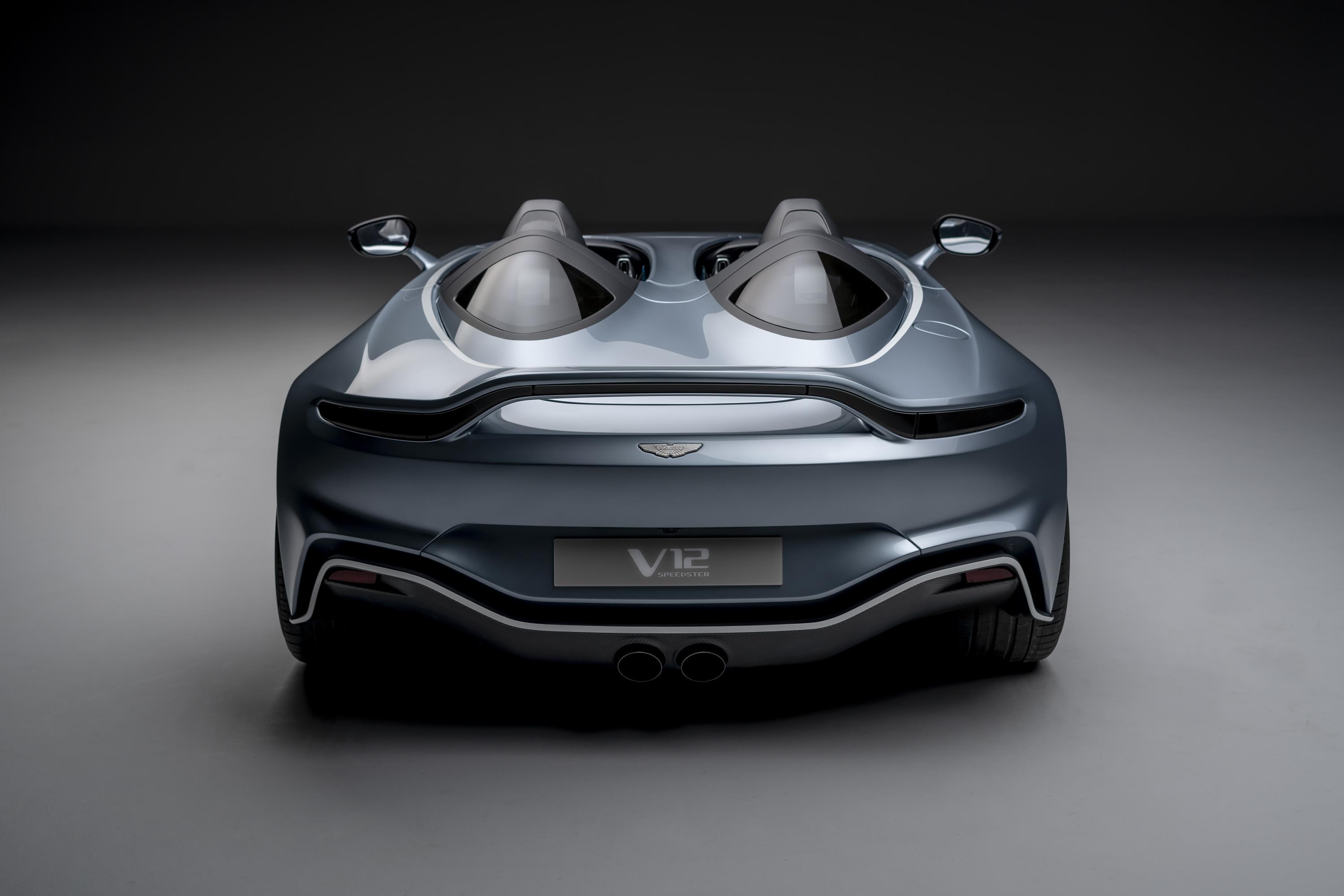 The chassis and other components borrow from the Aston Martin Vantage and DBS Superleggera. Make no mistake, however, the V12 Speedster is a unique car in its own right. 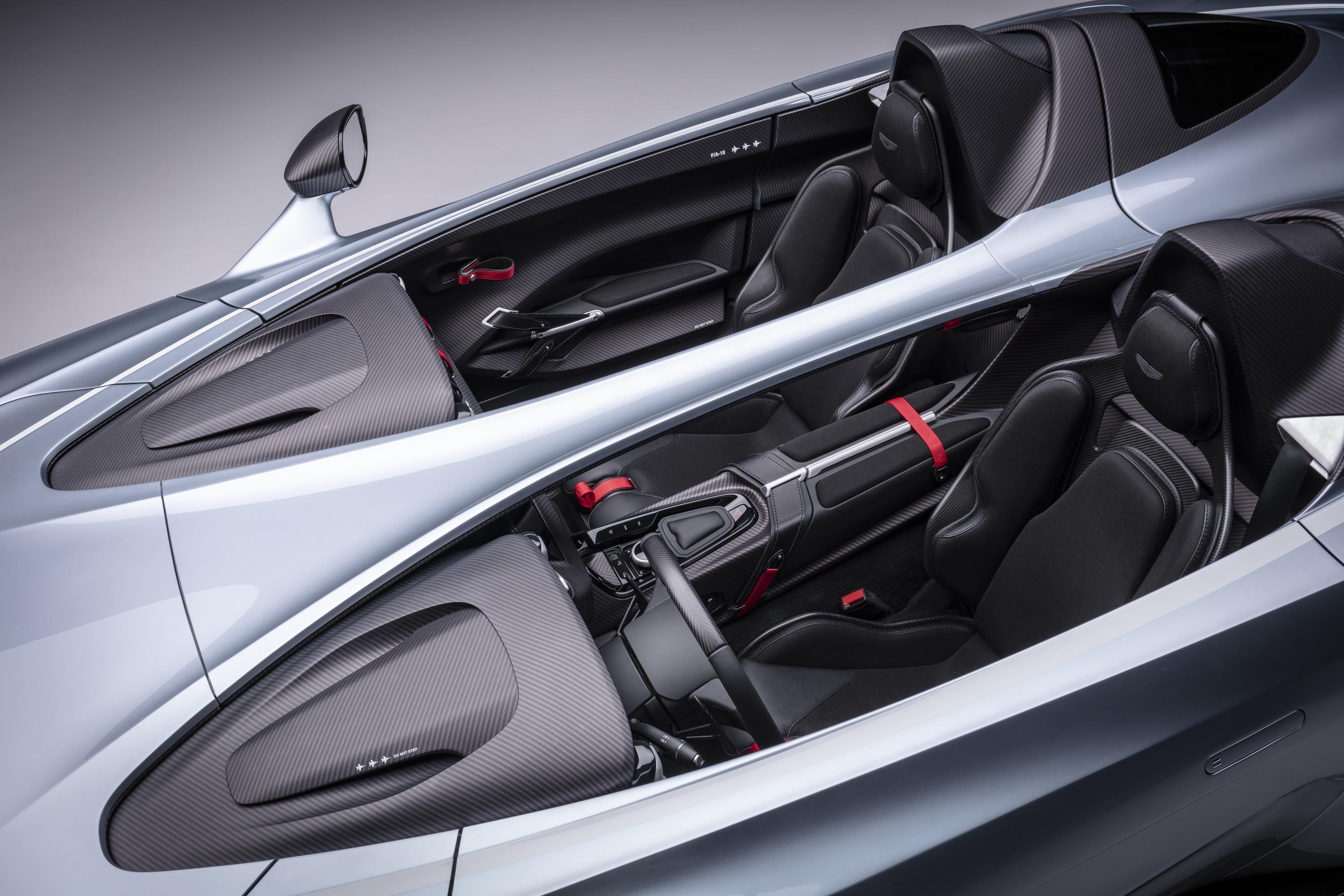 Most of the bodywork is made of carbon fiber, helping keep weight low. Design-wise, the Aston Martin V12 Speedster is perhaps closest to the one-off CC100 Speedster Concept from 2013. This hypercar was also clearly influenced by the DBR1, which won the Le-Mans some years ago.

Only 99 Aston Martin V12 Speedsters will be made. They’ll retail for £765,000, including VAT. Deliveries are expected a year from now.