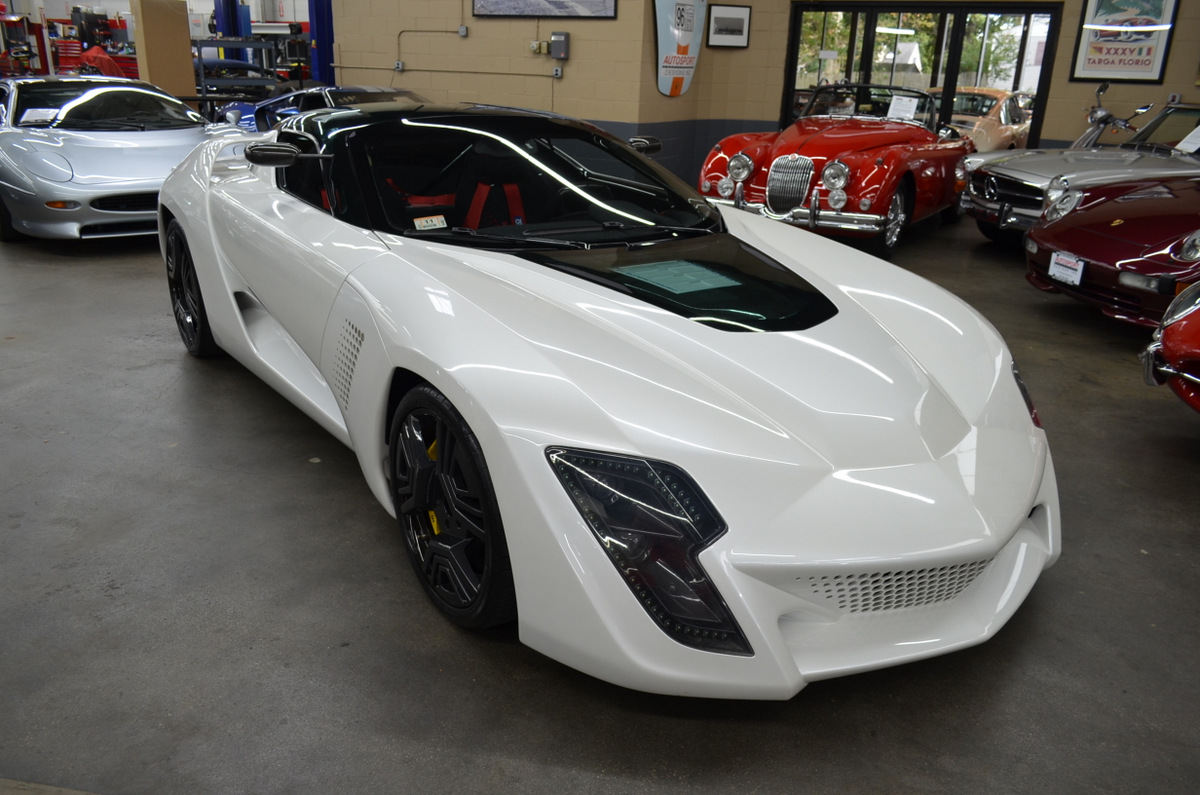 You are viewing a rare Bertone Mantide featured in a Bianco Fuji (Pearl White) exterior with Charcoal and Red bespoke Alcantara interior, 10,000 Miles from new, 6-speed manual gearbox.  This is the only “Mantide” in existence, it is based on the Corvette ZR1, created by designer Jason Castriota and produced by Italian coach builder – Stile Bertone. This 2009 Bertone Mantide is currently listed for sale with Autosport Designs in Long Island, New York. 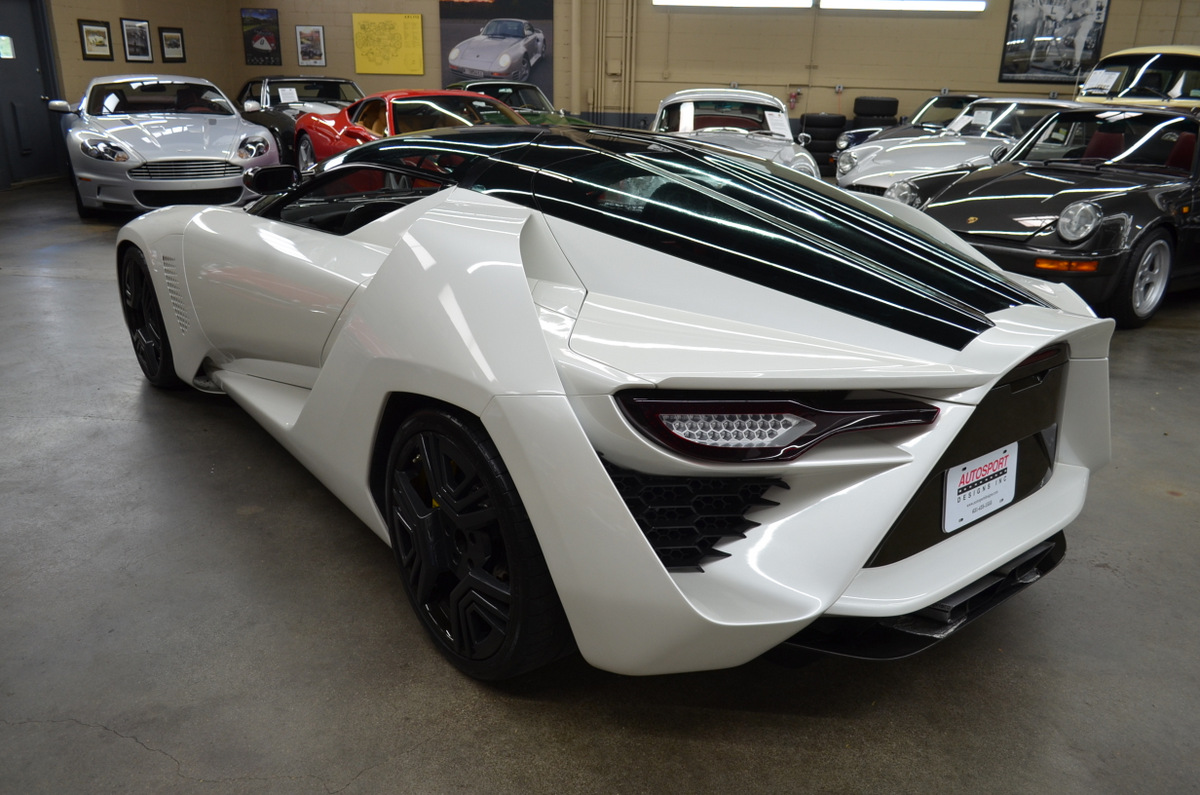 Originally called “Project M”, Bertone slated to produce 10 cars, however this is the only Mantide that was produced.  As an outlandish design piece by one of the World’s most iconic coach builders, the Mantide is powered by the Corvette ZR1 powertrain with is 6.2 Liter LS9 supercharged V8 engine producing 638bhp and 604 lb. ft. of torque mated to a 6-speed manual gearbox.

In 2009, the Mantide was unveiled at the Shanghai Auto Show as a design model and later tested as a finished product at the Nardo Test Facility in Italy. Due to its lighter weight interior and carbon fiber body panels, the Mantide was faster than a stock Corvette ZR1 posting a top speed of 218mph and a 0-60mph run of 3.2 seconds. 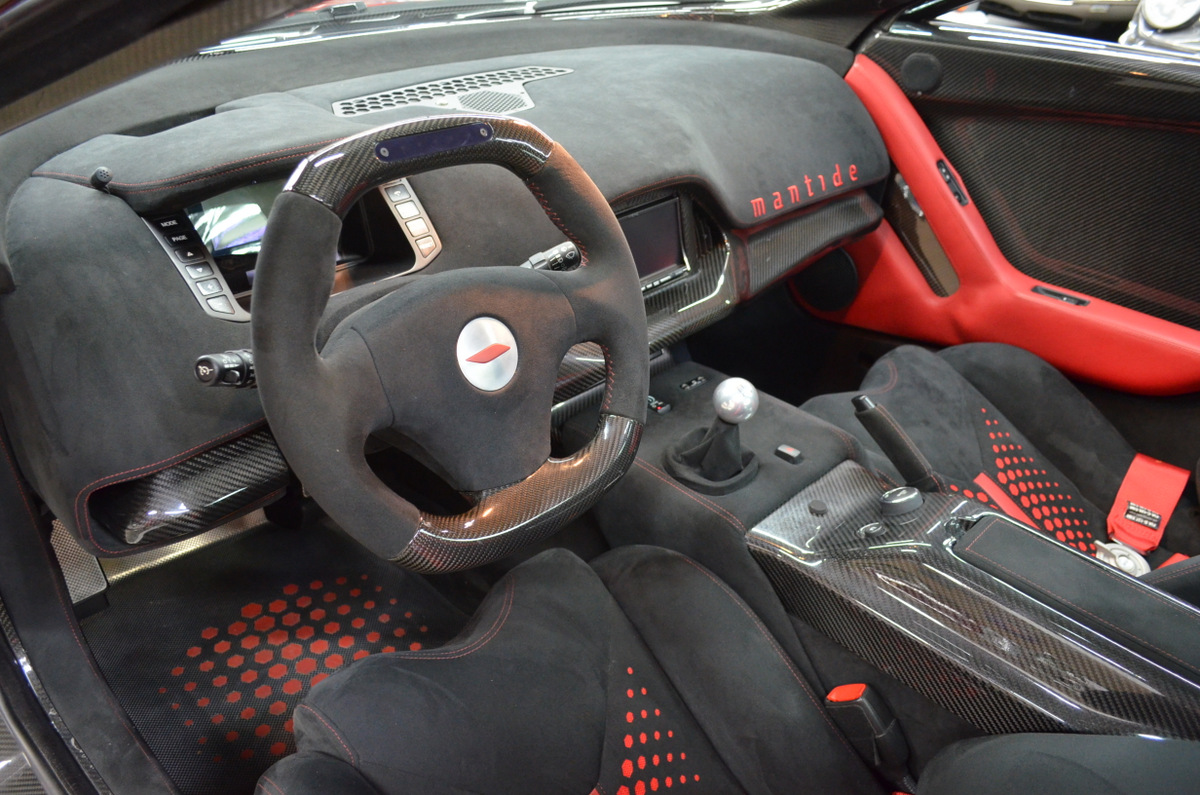 Later in 2009 it was driven up the hill during the Goodwood Festival of Speed.  Shortly thereafter, the Mantide was air freighted to the USA and delivered directly to Autosport Designs, Inc. where it was joined by its owner and designer.  It was immediately fired up and driven non-stop in convoy with a few other special cars including a McLaren F1 to the 2009 Pebble Beach automotive festivities part of Monterey Car Week. (The cross-country jaunt was a featured story in Automobile magazine).  Once in Pebble Beach, it was previewed at the Gooding and Company cocktail party prior to being shown on the concept lawn at the Pebble Beach Concours d’Elegance. 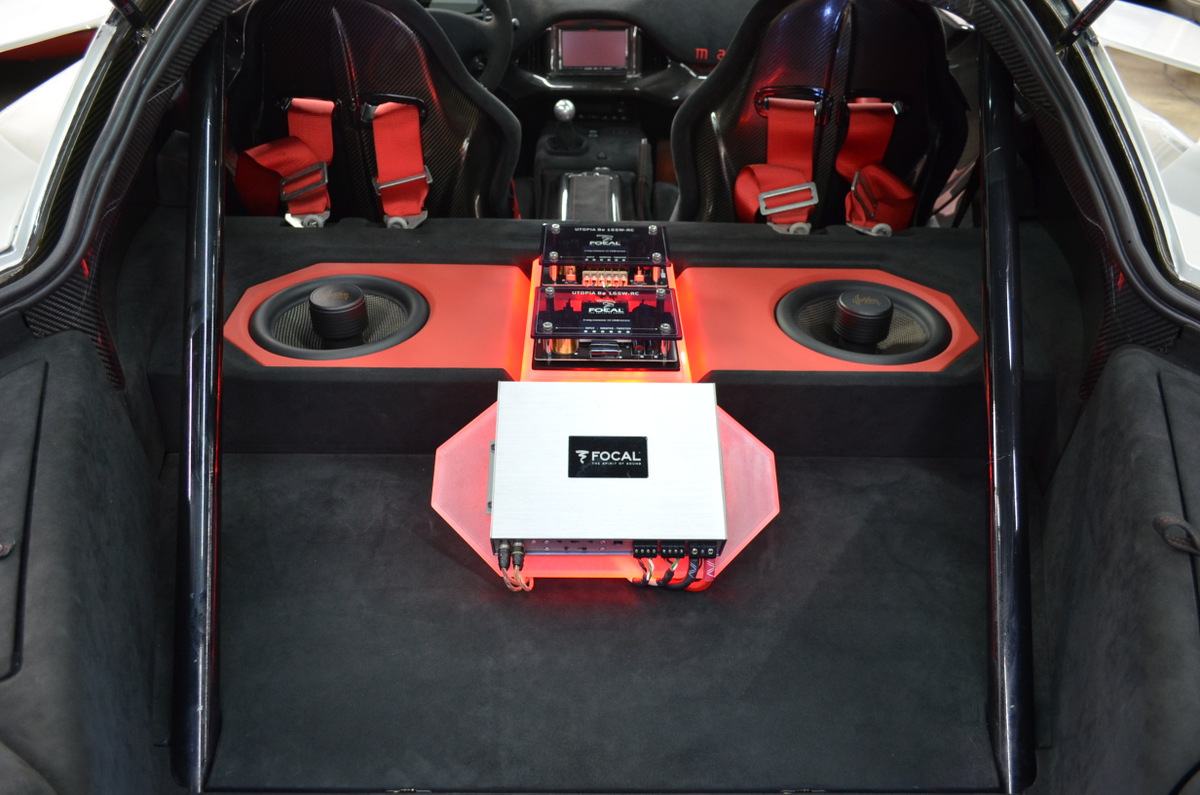 After the showing at Pebble Beach, the Mantide was transported back to the East Coast, to Autosport Designs, Inc. for a quick servicing prior to returning home to the owner’s collection. It was decided to change the color of the Mantide from its original Red to its current Bianco Fuji. Other changes at this time were a complete retrim the interior in Red and Black Alcantara as well as install an upgraded Pioneer audio system over the stock GM unit. 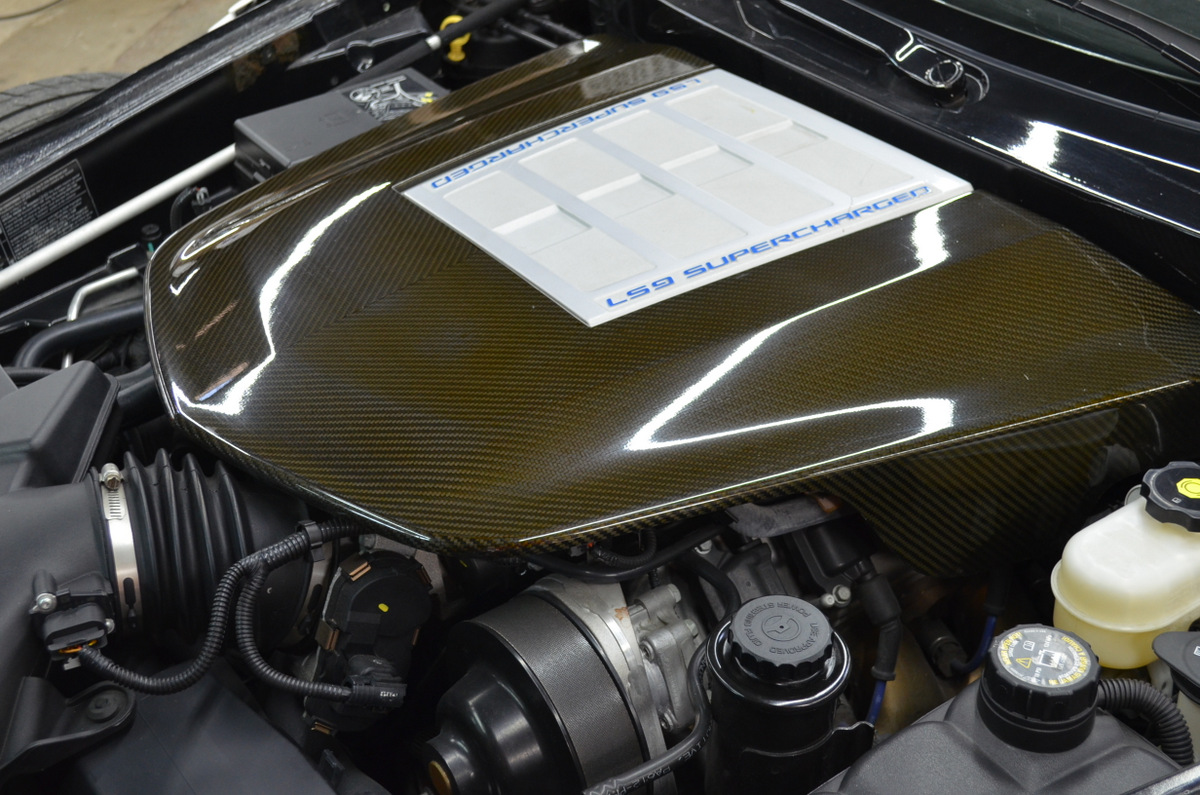 The Mantide was shown again in 2010, this time at The Quail “A Motorsports Gathering” where it won 1st Place in the Super Car Class.

A golden ticket to the most prestigious automobile events throughout the world, this one-off Bertone Mantide is surely to be the center of attention at any automobile gathering.  With its Corvette underpinnings and ZR1 heart, the Mantide competes with Europe’s fastest offerings while providing the ease of American servicing.