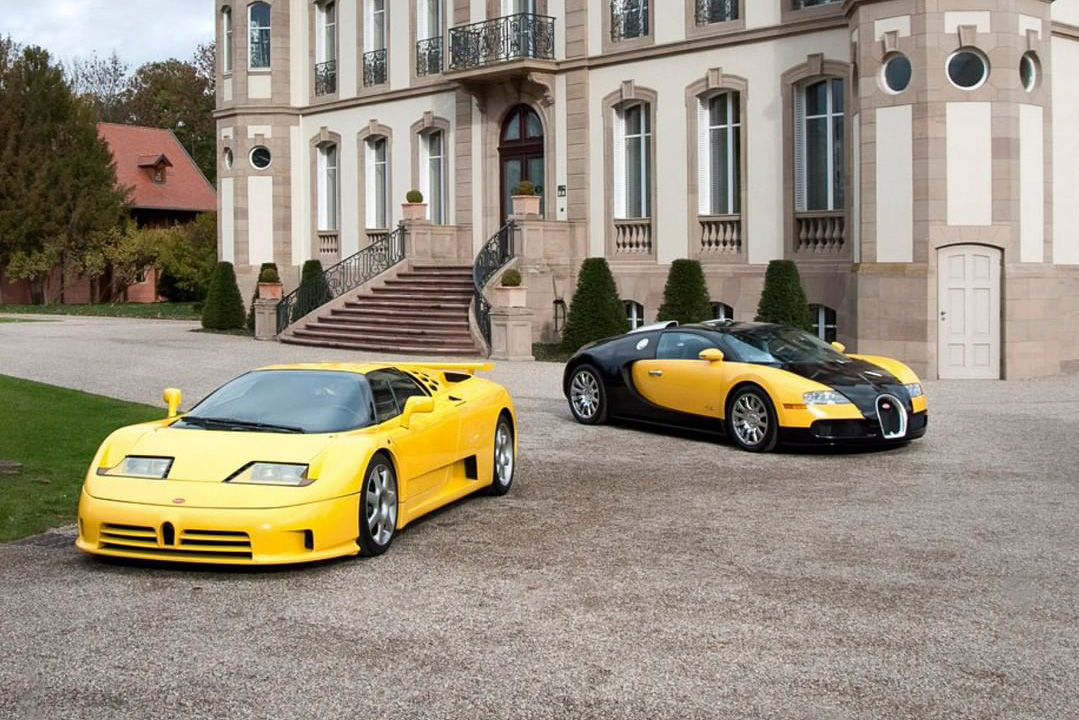 Back on September 15th, 1991, Bugatti shook up the hypercar market with the introduction of the Bugatti EB110 hypercar. A stunning design coupled with a revolutionary 3.5 liter 12-cylinder engine helped Bugatti establish its brand in the highly competitive hypercar market.

The EB110 also sported four-wheel drive, allowing for better handling, and a carbon fiber monocoque, then a first for a production car. Some even argue that the Bugatti EB110 ushered in the era of “hyper” cars, with performance increasing dramatically throughout the 1990s.

Now, this Bugatti for sale ranks among the most respected supercar brands in the world, with the Bugatti Chiron regarded by some as the best hypercar of all time. It should come as no surprise that Bugatti is looking to honor the EB110 this year.

What’s perhaps even more special than the EB110 itself is the story behind its design and production. Bugatti ceased production in 1952 but then 20-year-old Romano Artioli vowed to bring production back. Still, by 1963, Bugatti was defunct and largely written off.

In the 1980s, Artioli negotiated with the French government to buy the brand and in 1987 he founded Bugatti Automobili S.p.A. A few short years later, he made good on this youthful promise and the Bugatti EB110 was unveiled.

Unfortunately, Bugatti S.p.A. ended up in bankruptcy in 1995, owing in-part to recessions in the United States and Europe. Still, Bugatti lived on and Volkswagen eventually ended up purchasing the brand.

Yet without the Bugatti EB110, it’s unlikely that Bugatti and its modern hypercars would be around at all.