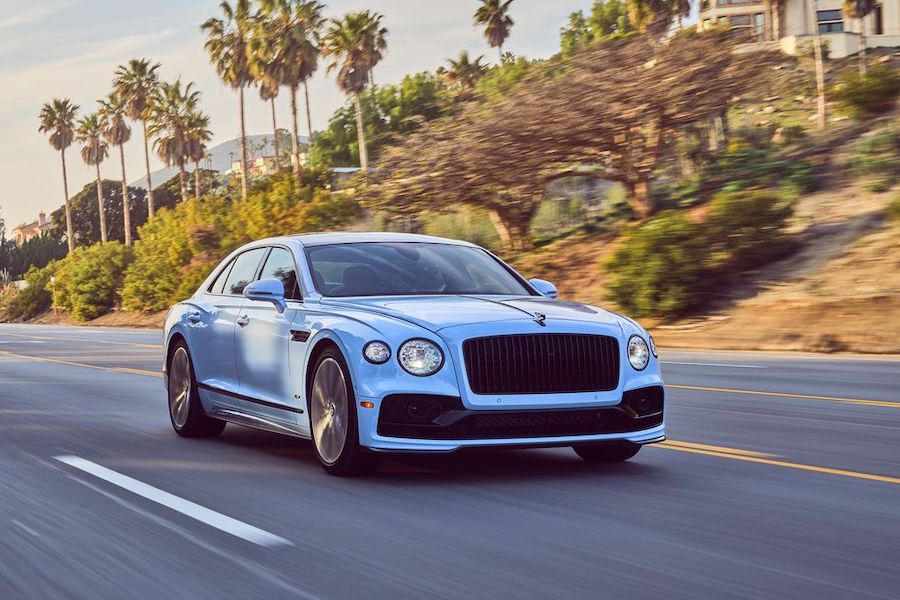 Bentley is a company well known for creating large and powerful engines that are far from fuel efficient. The company is looking to shift into an all electric fleet by the end of the decade, so the 2022 Bentley Flying Spur Hybrid is another step towards that transition. The 5600-pound hybrid has only a few visual differences than the standard model, including fender-mounted “Hybrid” badges and a J1772 charging port concealed on the left rear section of the car. Unique oval tailpipes complete the exterior transformation. Inside the new Bentley for sale, you will find the driver screens include EV-specific readouts so the driver can monitor range, battery levels and many other features. 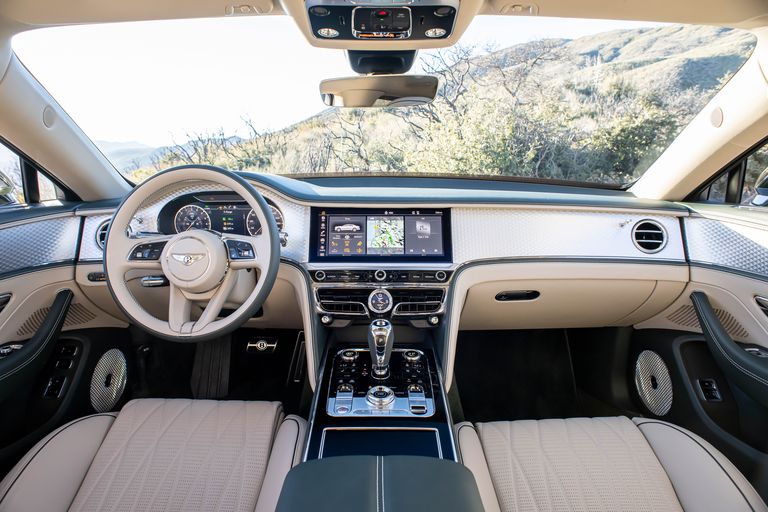 The Flying Spur is following in the Bentayga footsteps, which first released a hybrid variant back in 2019, marking the brands first push into the electric car market. The 2022 Bentley Flying Spur uses a 410hp version of the companies 2.9 liter twin-turbo V6. It’s the first 6-cylinder engine found under the hood of a Bentley sedan in 64 years. The Flying Spur Hybrid can go 0-60 mph in 4.0 seconds, slightly slower than the 3.5 seconds in the standard V8 version. Top speed is limited to 177 mph, compared to 198 mpg for the V8. According to Bentley, the cabin of the hybrid is 50 percent quieter than that of the V8’s at 50 mph. 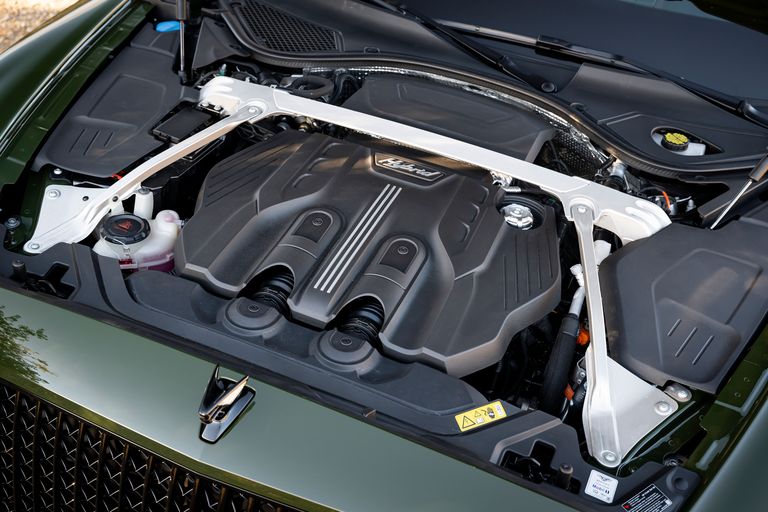 In a recent survey, Bentley discovered that roughly half of their customers expressed interest in either purchasing a PHEV or EV vehicle. The company is committed to providing the quality and power people expect from a brand like Bentley, while also looking into the future as they begin to enter the electric car market.