Sweden is famous for Vikings, King Gustavus Adolphus, snow, downhill skiers, ski-jumping, Nordic universal welfare and the Nobel Prize. When it comes to Swedish cars, most people think of either Saab or Volvo. But that was then and this is now. 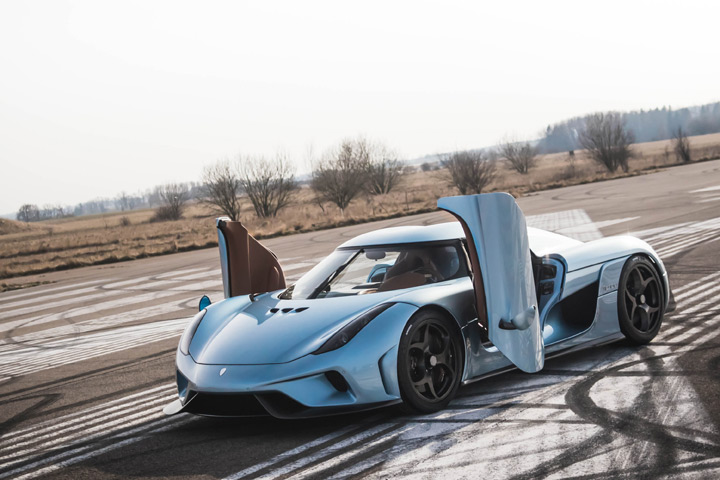 The ‘now’ car in Sweden is the Koenigsegg Regera. The car debuted at the recent Geneva Motor Show and has taken the automotive world by storm for a number of reasons. First and foremost is the drivetrain, which Koenigsegg refers to as “Direct Drive.” Essentially, Koenigsegg’s engineers have done away with the gearbox, replacing it with a hydraulic coupling. This single-speed gear reduction system acts like a clutch at speeds below 30mph because it slips or disengages. At speeds below 30mph, electric motors take over. Once the 30mph threshold is achieved, the engine takes over. According to Koenigsegg, disposing of the normal gearbox increases driveline efficiency.

Twin axial flux motors, each producing 241-hp, provide power to the rear wheels. A third axial motor functions as generator and starter, along with providing additional torque. The primary motor is a twin-turbocharged 5.0-liter V-8 that churns out 1100-hp. Combined with the electric motors, the Regera produces 1489 SAE horsepower and 1475 foot-pounds of torque. 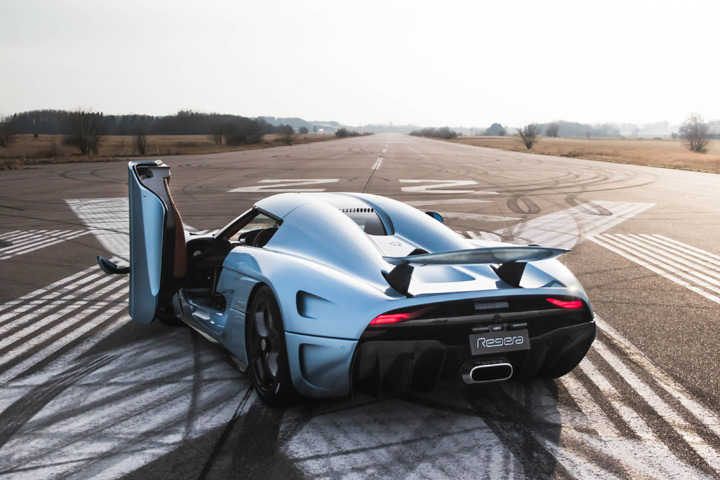 All this horsepower translates to phenomenal acceleration: 0 to 60mph in 2.8 seconds, and 0 to 249mph in 20 seconds. And yes, the top speed is a blistering 249mph. In effect, the Regera isn’t simply a supercar. It’s a hypercar. And remember, this is a plug-in hybrid.

The battery pack, which accounts for 254 pounds of weight, sits in a tunnel on the central chassis. Producing 620-volts, the 9.2 kWh lithium polymer battery boasts what Koenigsegg calls “Battery Drain Mode (BDM).” When turned-on, this whiz-bang feature calculates battery depletion to correspond with the Regera’s arrival at its destination. 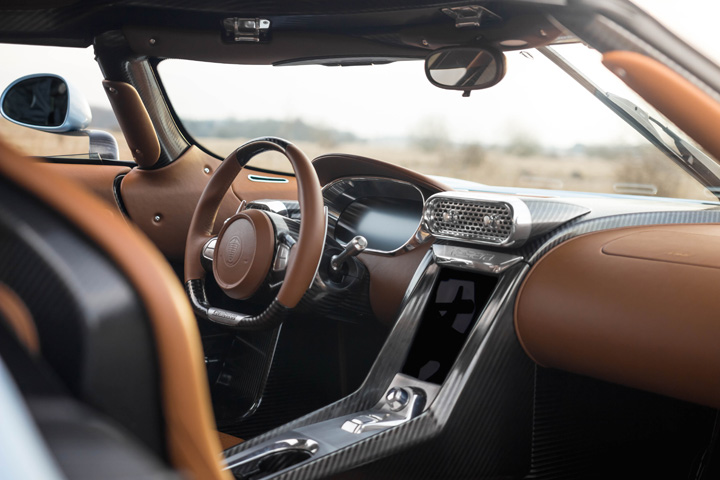 The design of the Regera carries elements of Chevrolet’s Corvette, Lamborghini’s Aventador and Ferrari’s 488 GTB. Myriad air channels grace the Regera’s body, along with a massive retractable rear wing. The car’s butterfly doors can be opened or closed by means of a remote or an app on a smartphone. When the carbon fiber doors open and spread out like wings, the rearview mirrors automatically regress, adding a smooth severity to the silhouette of the vehicle. Lush and elegant, the cockpit of the Regera provides more space than you would expect. The dashboard is simple but luxurious. The Regera even comes with Apple’s CarPlay for your customized playlist.

Like Aston Martin’s One-77, the Koenigsegg for sale has assumed a mantle of elite exclusivity. Only 80 Regeras will be made. The first models will be delivered to their lucky owners in 2016. The price of the Regera is $1,890,000, which does not include taxes or any of the usual fees. So plan on dropping just over $2 million to obtain the Koenigsegg Regara.

The Regara is worth it.