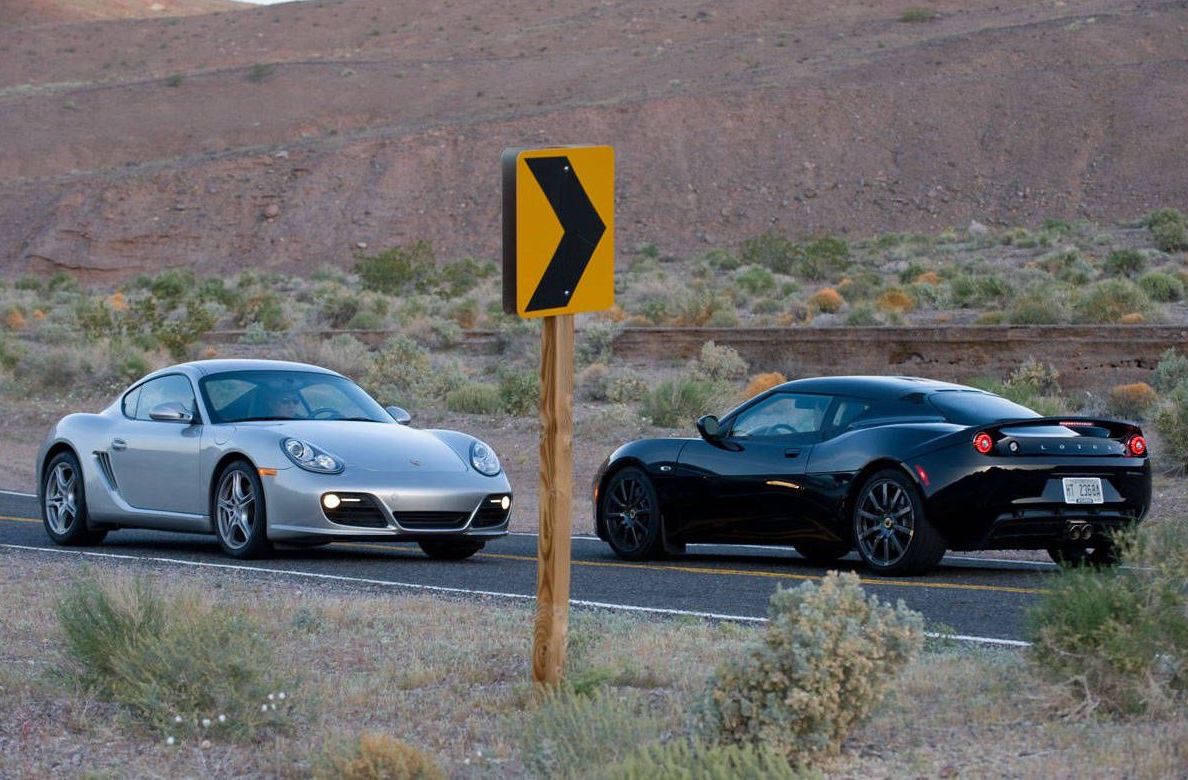 Sometimes when doing these comparisons, I know that I’m going to have a tough job. Both of these cars are fantastic. It might sound anticlimactic, but the truth is, neither of these are bad. They do however, each do some things slightly better than the other. The Lotus Evora S is a British racer par excellence, harking back to the glory days of the Jensen Interceptor and the Triumph Spitfire. It’s simple, and fantastic. The Porsche Cayman S is more sophisticated, no longer a poor imitation of the 911, but a superb little car in its own right, packing power, amazing handling, and reliability into one package.

Under the hood, you can find some superb power plants, that while not producing Hemi-like power, give a good amount of punch. The Lotus Evora features a supercharged 3.5 liter Toyota V6. On the Cayman S, Porsche’s 3.4 liter flat six produces 321 horsepower, just under the 345 produced by the Lotus. In terms of acceleration, they are near enough identical, with the Lotus hitting 60 in 4.6 seconds, while the Porsche hits that speed in 4.7 seconds. The handling on both cars is absolutely incredible too. The Lotus is serene, and at high speeds, seems to get even better, rather than suffer. As you’d expect from Porsche, the Cayman’s is pinpoint accurate, seeming to know exactly where you want to go before even you do. There’s power-assisted steering on the Porsche, which lets you corner with no fear of understeer or oversteer whatsoever. 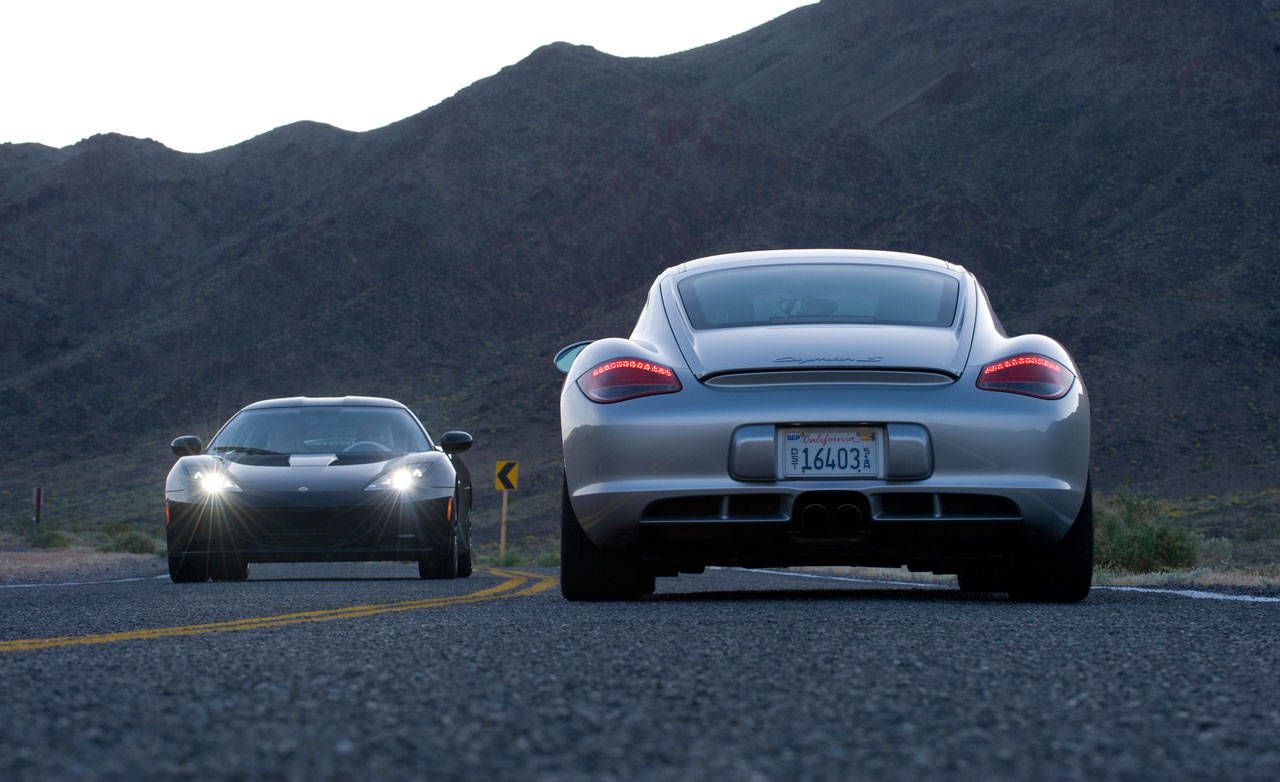 As you’d expect, the Cayman S looks like a smaller 911. There’s not a whole lot of variety in Porsche’s exterior design, but if it ain’t broke, don’t fix it, and I’m certainly not bored of the 911’s looks. The Lotus is a bit braver, stripping away anything unnecessary and leaving us with a pared down, compact sports car that is all business, no subtlety. Sadly, that approach of performance first does cut into the cabin’s quality, somewhat. Space is limited in the Evora’s cabin, and while the materials used in the car are pleasant, build quality is hit and miss. You can expect loose shifter knobs, dodgy carpeting, and more. Porsche’s interior quality is far better. On newer models, the media system has been given an upgrade, while the seats offer comfort you’d not normally find in a sports car. The steering wheel is first-rate, and the driving position is both comfortable and utilitarian.

Essentially, it is only the interiors that separate these cars. If you were to find these cars being offered for more or less the same price, we’d advise you to pick up the Cayman S. It’s comfortable, speedy, and great fun to drive. If, however, you see an Evora S being sold for less, don’t hesitate to pick it up. You sacrifice a little bit of room on the interior, but in return, you get one of the most fun cars that money can buy.