When you take the fastest production car every built and add iconic racing elements to it, you have created one of the most incredible and breathtaking vehicles that can legally grace any road surface in the world. 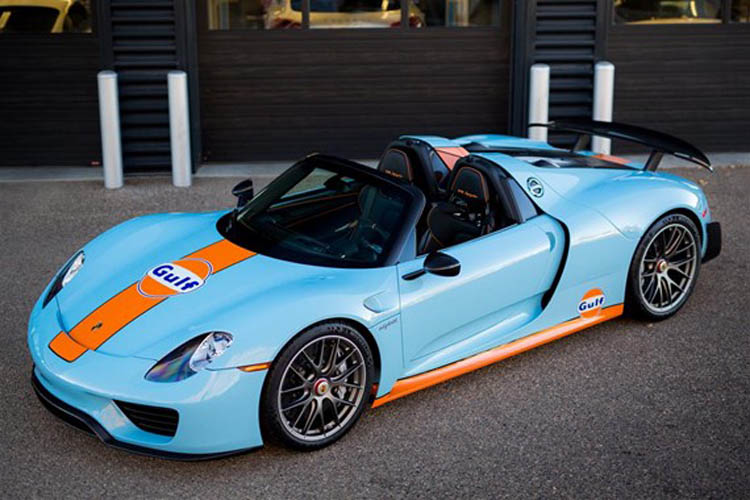 The 2015 Porsche 918 Spyder supercar is the quickest production vehicle ever manufactured. The Gulf Oil Company was one of the most storied sponsors in motorsports history dating back to the 1930’s. These two components have been blended together to fashion what is destined to become of the most sought after, and highly valued Porsche’s ever.

An incredible 2015 Porsche 918 Spyder with a Gulf racing livery is currently on the market. If you think you have seen this livery on a Porsche in the past, your eyes are not deceiving you. 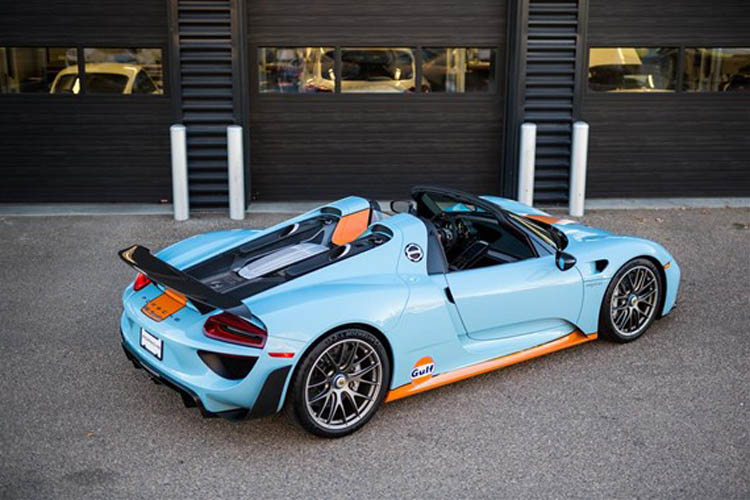 In the classic 1971 racing movie “Le Mans,” the star Steve McQueen, who in reality was also quite a race car driver in his own right, steers a Gulf-sponsored Porsche 917 Kurzheck Coupe. That original car has been owned by comedian Jerry Seinfeld. So great was the 917K that in real racing the car won at Le Mans two years in a row. The first of those two in a row christened Porsche’s first victory ever at Le Mans. The inspiration for the 918 was based on greatness of the 917K 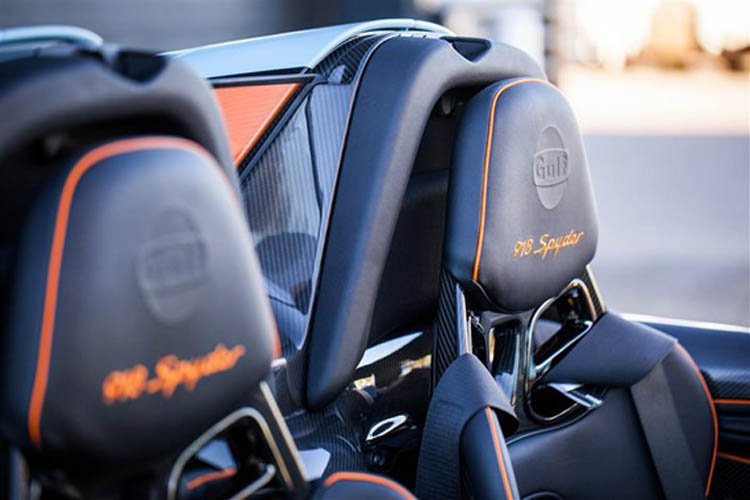 While past history is enjoyable to relive, nothing would be as remarkable as taking that history and putting the rubber to the road. This has been painstakingly accomplished with the style and engineering of the 2015 Porsche 918 Gulf livery. Only two of the Gulf licensed livery editions have been produced and one is now being offered for sale by the Wyant Group in Canada.

The power of the Porsche 918 Spyder Gulf is greatly enhanced with the addition of the prized Weissach package. Weissach is a town in Germany where Porsche’s primary R&D facility is located. It was out of this center that Porsche developed this package, equipping a 918 Spyder that had team factory driver Marc Lieb set one of the fastest lap times for a street legal vehicle at 6:57 on the historic Nürburgring. 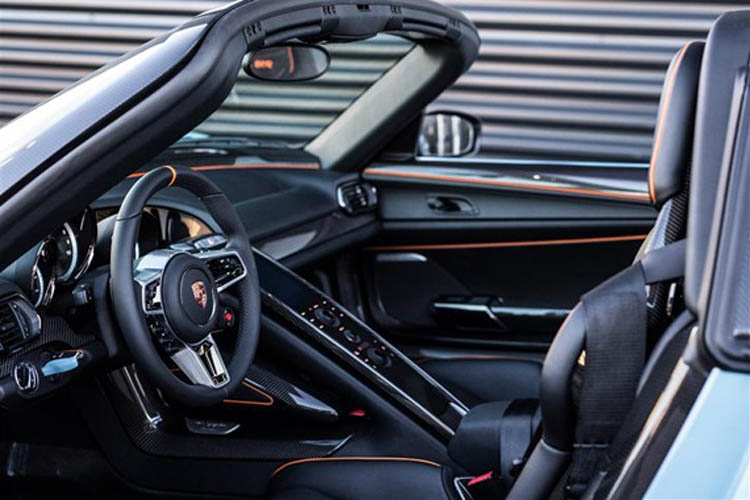 The Weissach package was developed to reduce the 918’s weight and lower its curb mass. The Weissach also adds a lighter brake design, magnesium wheels, ceramic wheel bearings and titanium bolts for the chassis.