The Germans, Italians and Americans all have slightly different engineering philosophies when it comes to going fast. If there is one vehicle to be used as a case study for the German way of covering ground and navigating corners as rapidly as possible, it is the Porsche 959, arguably the most desirable supercar of the 1980s. The 959, developed to compete in the infamous FIA Group B rally class, is now fetching millions of dollars at auction, and for good reason—it was, and still is, considered a technical marvel in terms of its technical advancements and holds a prestigious position as the forefather to the modern supercar. 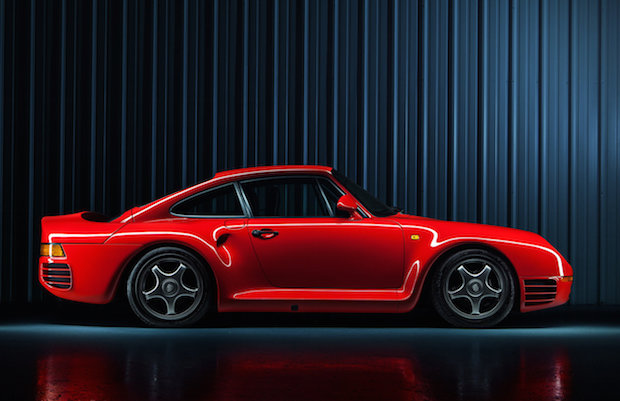 If you want to accelerate your R&D program and have the money to do it, it never hurts to go racing. That’s what Peter Schultz, managing director of Porsche, and head Porsche engineer, Helmut Bott decided to do in 1981, in order to understand the boundaries of the current 911’s performance. They needed to develop new technology with the 959 that could trickle down into future Porsche models; they needed reasons for people to keep buying 911s. 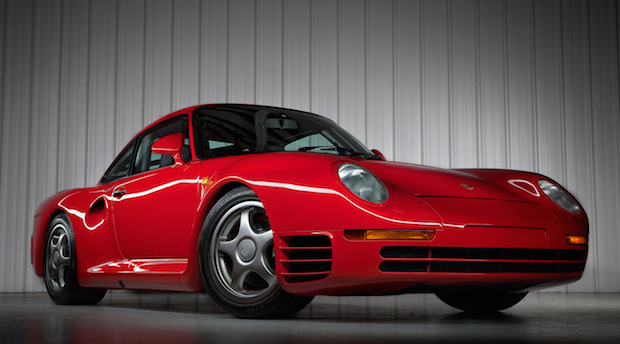 One of the primary focuses in developing the 959 was the implementation of an all-new AWD system, called Porsche-Steuer Kupplung (PSK), which is recognized as the 959’s crowning achievement. PSK allowed torque to be split between the front and rear wheels using multi-plate clutches—rather than the more commonly used center differential—during low traction conditions, but more uniquely, during non-slip or standard conditions as well. The success of PSK in the 959 led to the introduction of the Carrera 4, the AWD 911 model, and is the reason why all 911 Turbo models beginning with the 993 generation are AWD. 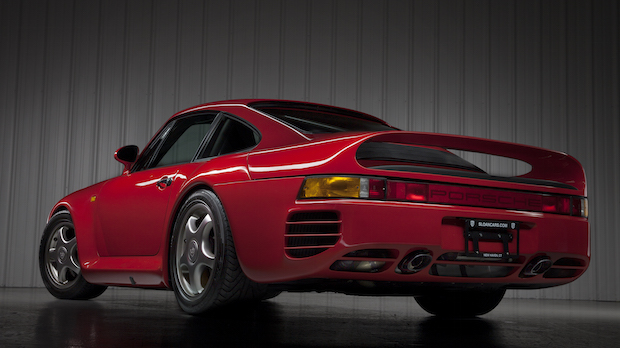 The 959, at its introduction in 1986, was the world’s fastest street-legal production car, the Sport model capable of 197 mph (Two variants were offered, Sport and Komfort, the Sport model weighed roughly 100 lbs. less and lacked A/C, power windows, and also did not have the adjustable ride height and dampening system). 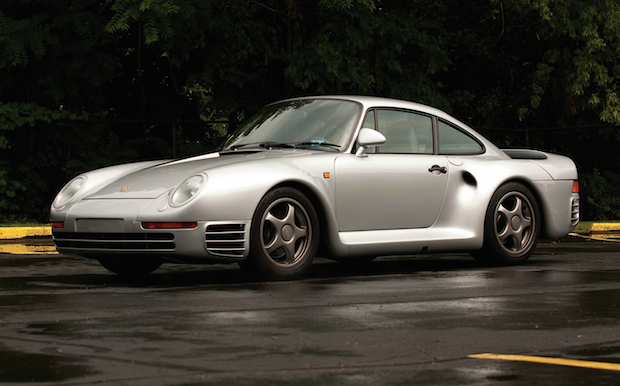 Powering the 959 was a 2.8-liter flat-six with two sequential turbochargers and water-cooled rather than air-cooled like earlier 911s due to the excessive heat created by the powerful 450-hp engine. Surrounding the engine was a steel monocoque, rather than a tubular space frame chassis, which competitors like Lamborghini and Ferrari were employing at the time. This is why the 959 is not considered to be light by supercar standards, weighing in at 3,190 lbs. The 959 did manage to save weight, however, by using lightweight materials in its body panels, like aluminum for its hood and doors, and fiberglass-reinforced Kevlar for the rest of its body. 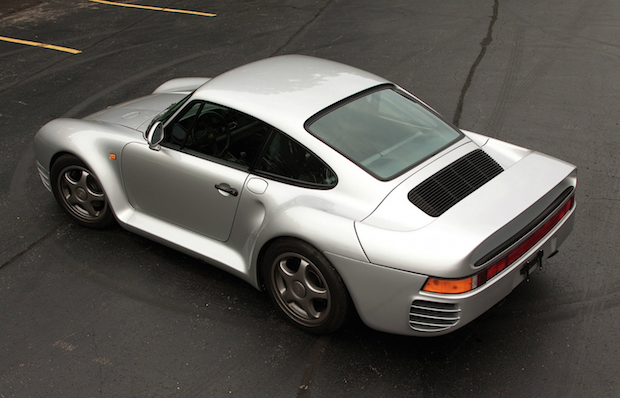 Classic Porsche model values have been on the rise and the same is true of the 959. With an MSRP of $225,000 back in the late 80’s, 959’s are now worth over $1.5 million, a recent 1988 Komfort model selling for $1.7 million at Pebble Beach earlier this year. It is said that cars are generally bad investments, but if you know what to look for and are patient, they can serve as appreciating assets, and unlike stocks or bonds, can do almost 200 mph.

Porsche For Sale By Owner