The Maserati MC12 Corsa was not intended for public roads. Yet here one is, with a New York license plate and all the ground clearance of a household vacuum cleaner. Unlike your typical Maserati for sale, It should be illegal, and yet whomever accepts the $3 million asking price on this ultra-rare GT1-series race car should be able to drive it to any Cars and Coffee without an enclosed carrier. 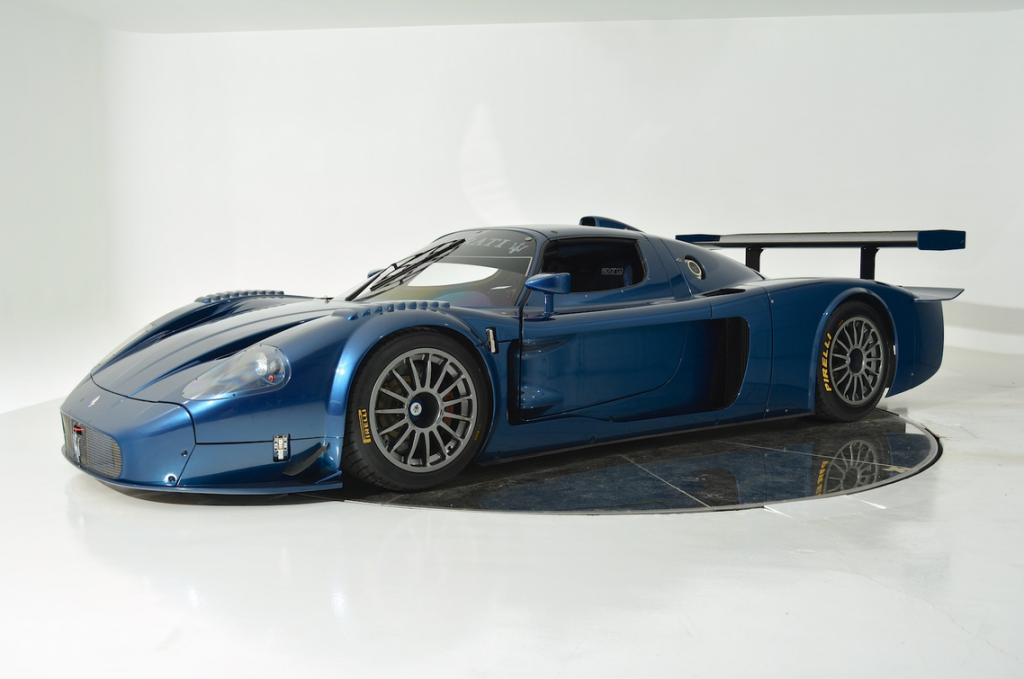 The regular Maserati MC12 for sale is street legal and 50 were built so the track version, the MC12 GT1, could pass the FIA requirements for a limited run of production cars. That GT1 won the 2005 FIA GT Manufacturers Cup and beat Ferrari, the donor for the MC12’s mid-engine bones. Everything you see on an MC12 is a reworked Enzo, that pinnacle of Ferrari engineering that posted incredible numbers (660 hp, 7-speed gearbox, 217 mph top speed) despite its gawky, Formula 1-inspired exterior. 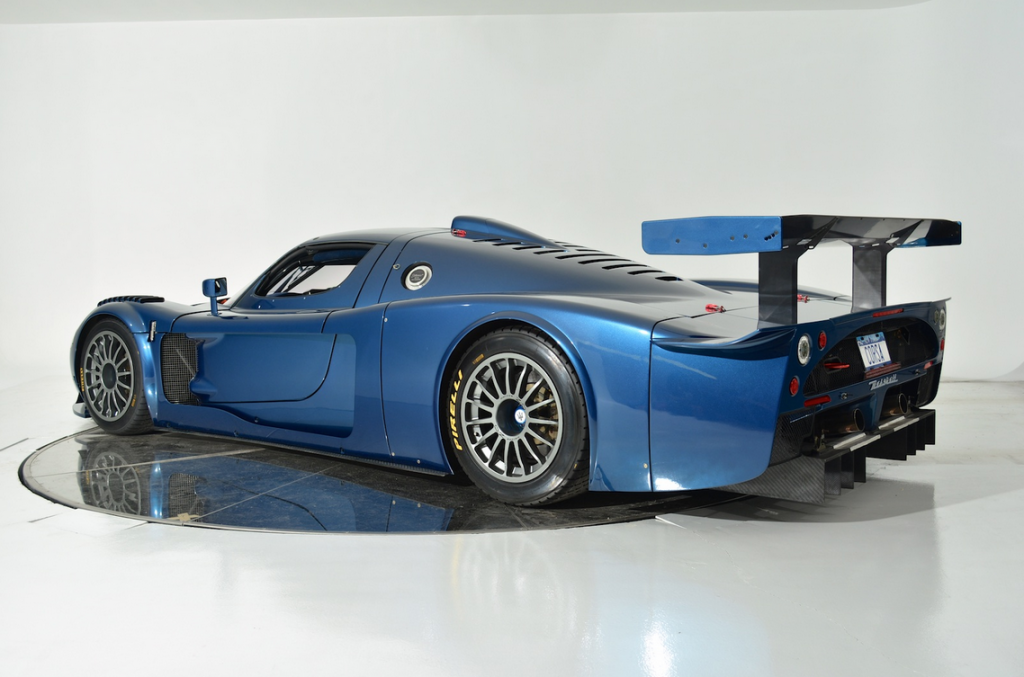 The MC12 put art at the forefront. The car is wider, longer, and altogether prettier from any angle – and it brought Maserati into sports car racing after decades of missed opportunity and overlooked cars. It’s also slightly down on power, to 625, used a more antiquated 6-speed automated manual and could only turn about 205 mph. It had a removable targa hardtop like the contemporary Porsche Carrera GT and the older Ferrari F50. 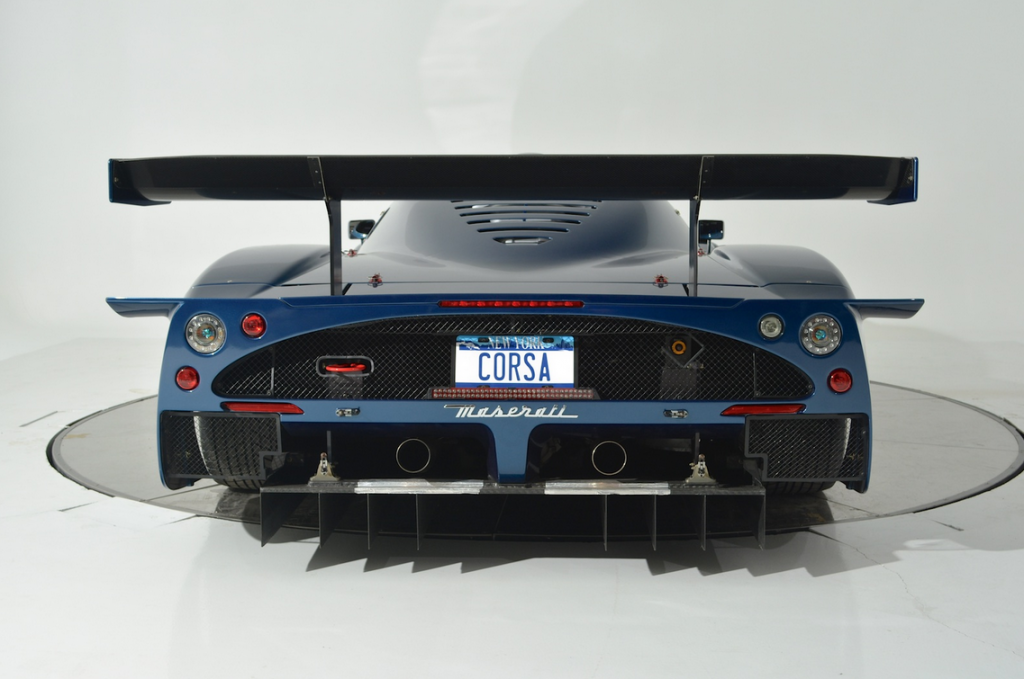 Except this car. A dozen MC12 Corsas were built with 755-hp V12s, full roll cages, slicks, a removable steering wheel with digital telemetry, zero sound deadening, zero suspension travel, and a team of mechanics. Like the Ferrari FXX that was an extreme, track-only Enzo, Maserati sold the MC12 Corsa with a leash: Owners would fork over $1.3 million and travel to wherever Maserati felt like bringing their cars. It was one of the most lavish and ridiculous factory racing programs in that the Corsas never competed against anything or anyone. They were timeshares. 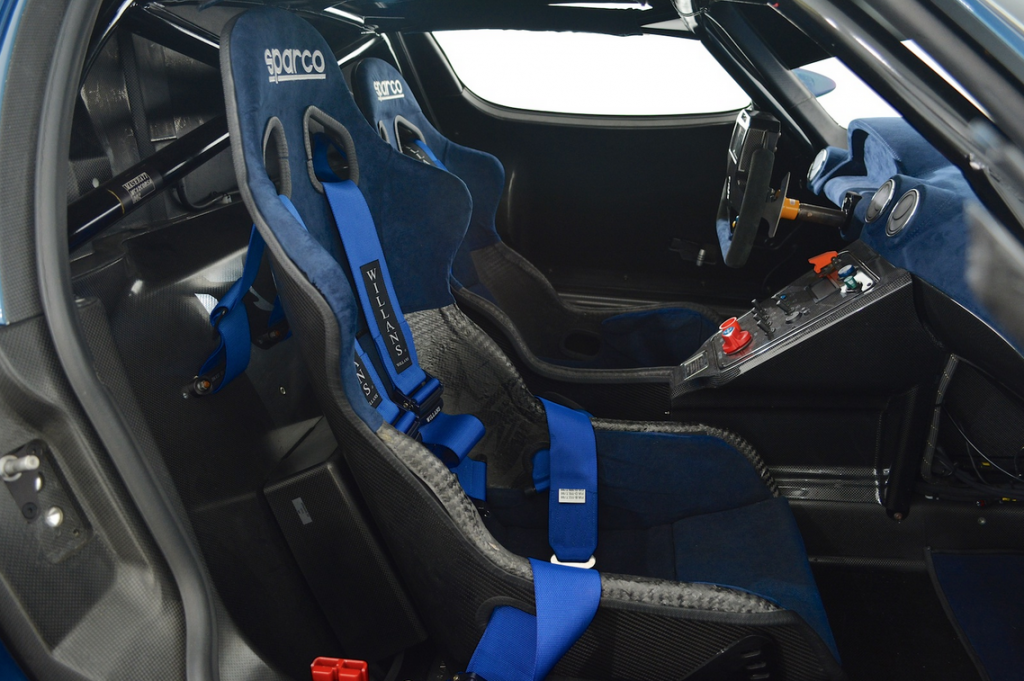 Now that Maserati’s custodianship is long over, Corsa owners are free to do whatever they like. This very car with the “CORSA” plate was filmed driving in California last August. Again, federal regulations prohibit this vehicle from public roads – you can’t install five-point racing harnesses – but it’s very likely another DMV will accept this Corsa given the previous registration and a sales tax topping $200,000. 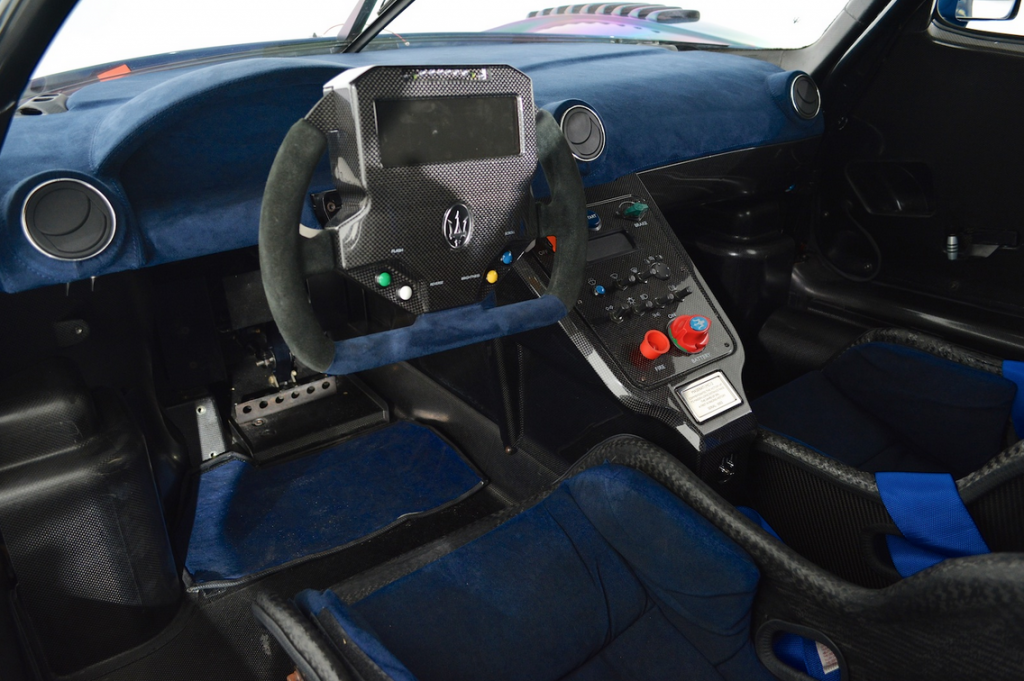 It’s still a tough purchase. The Ferrari LaFerrari, Porsche 918 Spyder, and McLaren P1 can all circle around the MC12 Corsa on most any road or track, plus they’re downright luxurious and docile. But the Ferrari and Porsche are sold out, and the P1 has a waiting list. Then there’s the question of purity. The Corsa has minimal electronics, manually adjustable downforce, and raw, naturally-aspirated power. There is no plug-in hybrid setup and certainly no trick differentials or anything that might save an inexperienced driver from disaster. This car is the end of an era. It begs to be strung-out at full octave, the cams churning a lumpy, nasty idle in the pits, with stacks of fresh tires and spare brakes at the ready. It deserves to be beaten upon rather than scrape amongst the beach traffic in south Florida where it’s presently sitting. Race cars shouldn’t have license plates.