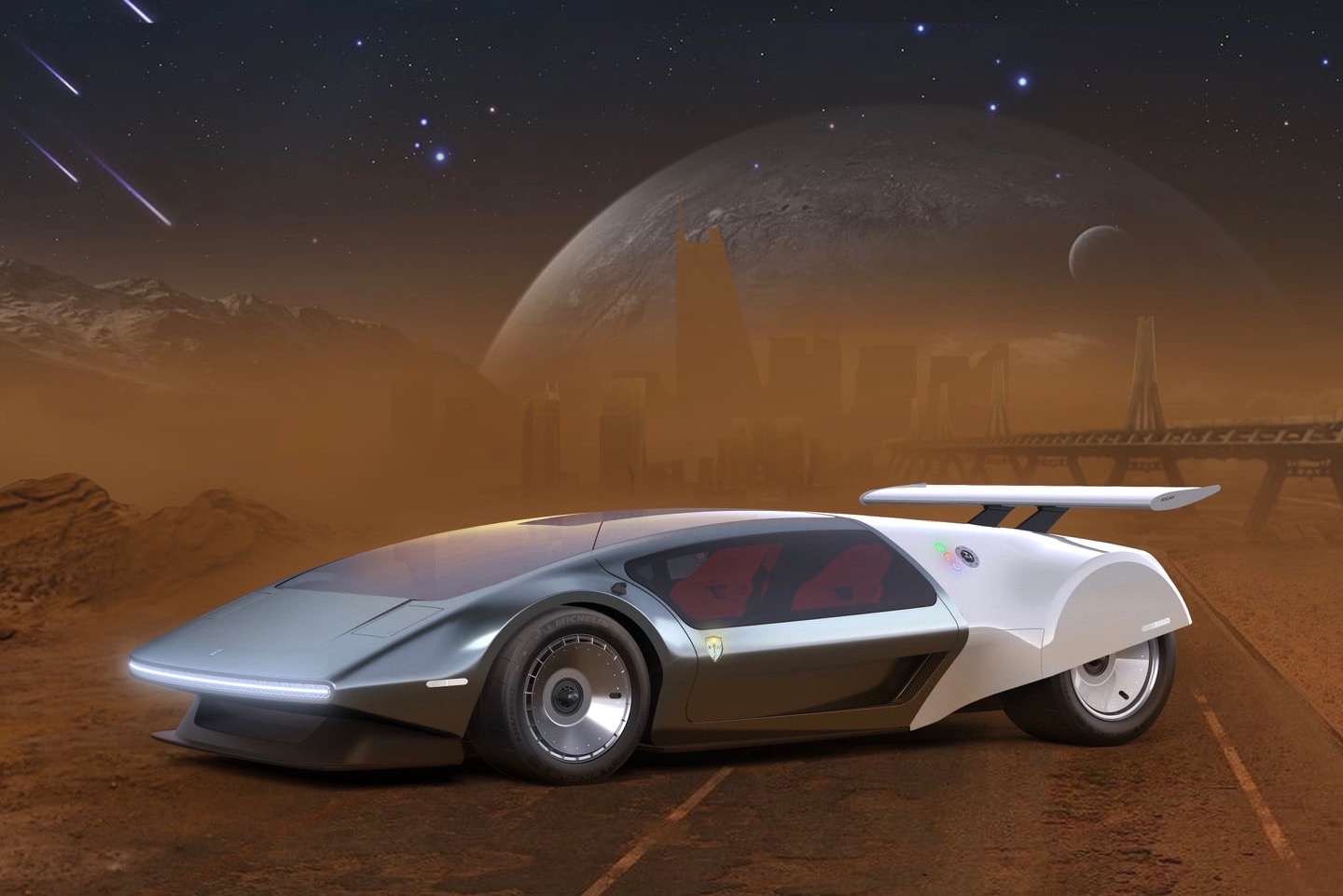 These days when you hear of environmentally friendly cars, it’s almost certainly an electric or gas-electric hybrid. However, other technologies are being explored as well, including hydrogen fuel-cells. And now Scuderia Cameron Glickenhaus, or SCG for short, is showing off an amazing hydrogen fuel cell concept that simply goes by SCG 009.

Despite being a car of the future, the SCG 009 hydrogen fuel cell concept has a decidedly retro flare. At first glance, the SCG might remind one of the 1970s Ferrari Modulo. While the SCG 009 offers retro looks, the massive doors, huge spoiler, and sharp curves also lend it a futuristic look.

First, only a few (mostly huge) car companies, like Toyota and Hyundai, are offering hydrogen fuel cells at the moment. In the United States, sales of these cars are basically limited to California because the state is the only state so-far with the hydrogen fuel cell infrastructure (meaning charging stations) to support widespread use of vehicles with hydrogen fuel cells.

Even more interesting, the Scuderia Cameron Glickenhaus 009 features “liquid hydrogen.” Most fuel cell cars available today use gaseous hydrogen. Liquid hydrogen must be stored at extremely cold temperatures, making it difficult to store and transport. So, if the SCG 009 really did use liquid hydrogen, it’d mark a huge breakthrough.

Of course, for now the Scuderia Cameron Glickenhaus 009 remains only a concept, and mostly renderings on paper. It’s a lot easier to dream up a technology, like liquid hydrogen fuel cells, than it is to implement such dreamy tech.