For the first time ever, the Consumer Electronics Show also known as CES, was held virtually this year in Las Vegas. Automotive manufacturers made the biggest headlines, highlighting new models and concept cars. Below is a list of the most exciting cars from the event.

Sleek, fast and eco-friendly, Audi has always had an effortless way of fusing electric with design to create something breathtaking. Set to debut in February, the new RS e-Tron GT is the first ever electric Audi GT to hit the market—but that won’t last long.  With 637 horsepower and two e-engines (one at the front and one at the back) working in unison, this car can rocket from 0 to 62 mph in just 3.5 seconds. Chris Reinke, head of Audi Sport’s customer racing program, has suggested that this model could very well be making an appearance in the GTX World Tour in 2021 due to its major innovation in the battery-electric realm. 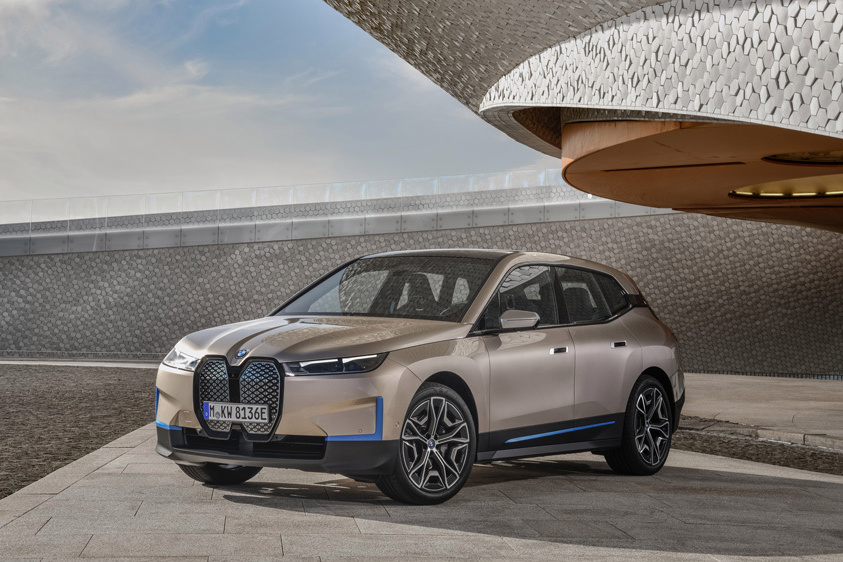 The first all-electric SUV will come to market in 2022, and by the looks of it, this modern, eco-friendly design could very well be worth the wait. The BMW iX will have two electric motors so you can travel 300 miles before having to charge up again. Spacious, all wheel drive and decently fast due to a carbon-fiber lightweight body, this SUV is shaping up to be a viable option for families and individuals with active lifestyles. A few futuristic details to note, the interior will have a hexagonal steering wheel, a curved touch-screen panel and a panoramic sunroof with electrochromic shading. 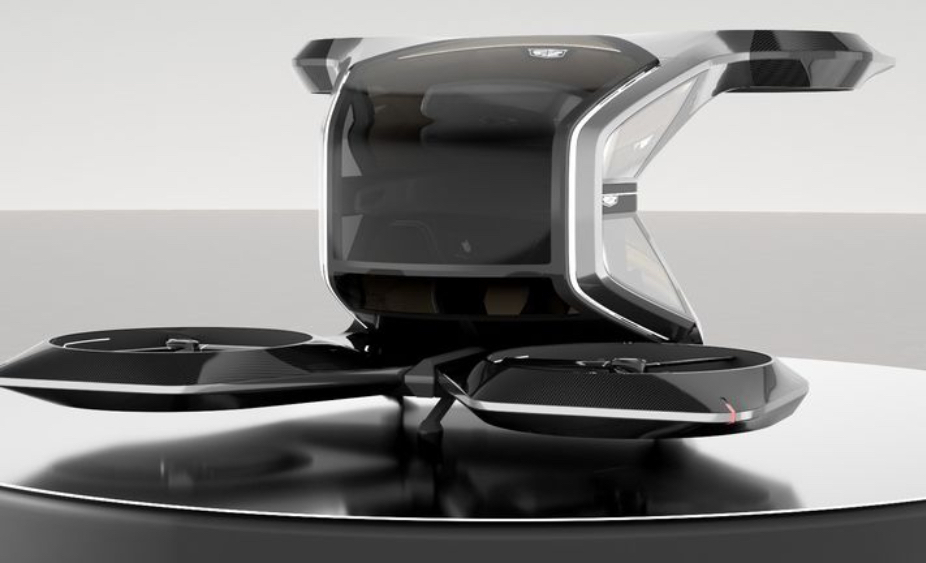 General Motors really stole the show when they presented the Cadillac VTOL at the CES this year. The flying “shuttle”  carries passengers far above street level, traveling over suburban homes at speeds of up to 55 mph. It’s fully autonomous and all electric which Mike Simcoe (head of GM design) noted will be “coming soon.” While the GM team kept details to a minimum, this shuttle is one of the most futuristic things we’ve seen to date, with sliding doors, a panoramic glass roof and lounge seating. While it isn’t the first time GM has presented the world with an aerial concept, the prototypes are becoming more real with each coming year. 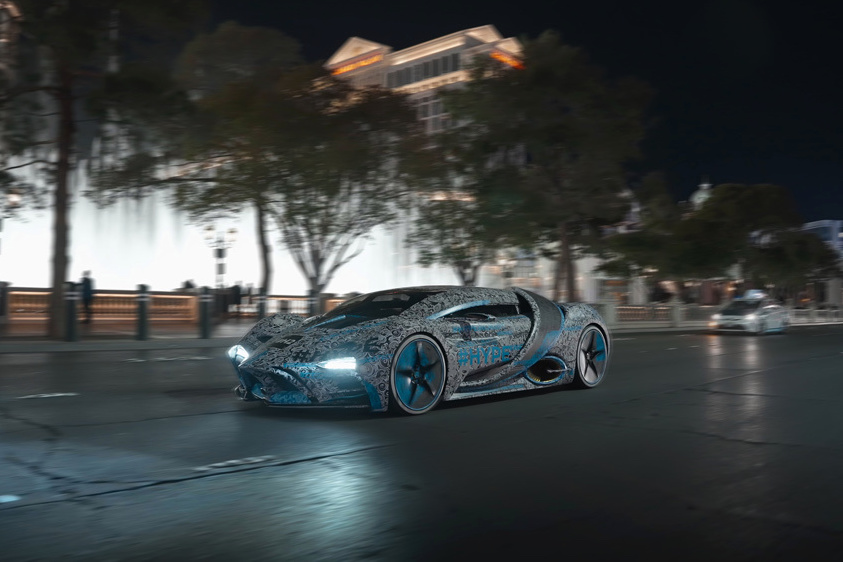 After 10 years of development, the first hydrogen-powered design has made its debut. Hyperion Motors’ CEO Angelo Kafantaris explains, “We’re an energy company that’s building this car to tell a story.” And what a story it is. The Hyperion XP-1 is blowing existing electric numbers out of the water, with a top speed of 221 mph, 0-60 mph in just 2.2 seconds, oh and not to mention 1000-plus miles before refueling. Hyperion Motors has already started to build fueling stations as Tesla has done before it. Slated to arrive in 2022, the Hyperion XP-1 hopes to show the world that hydrogen is the best, most environmentally conscious fueling option out there. 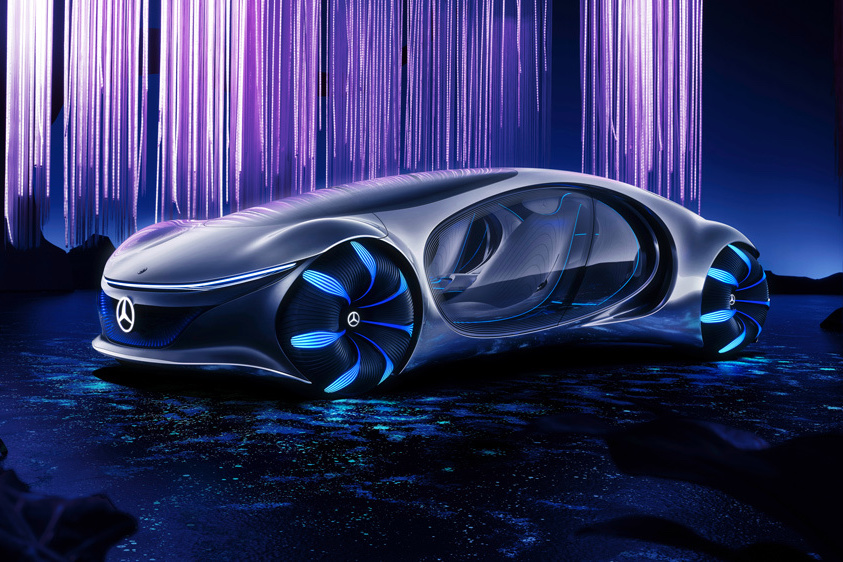 Inspired by the iconic 2009 film Avatar, the Vision AVTR is the futuristic car we envisioned as kids. Even though this car will never be on the market the concept itself has set the bar high for automobiles that are infused with nature. This all-electric design is captivating, with rounded shapes and exaggerated, glowing wheels—it almost looks like a living animal due to rear paneling that mimics fur or gills.  With no steering wheel, the Vision AVTR simply has a “multifunctional control element” that recognizes a person’s palm. The hand-to-machine connection is extremely unique and intimate, bonding humans with technology in ways we’ve never seen before.