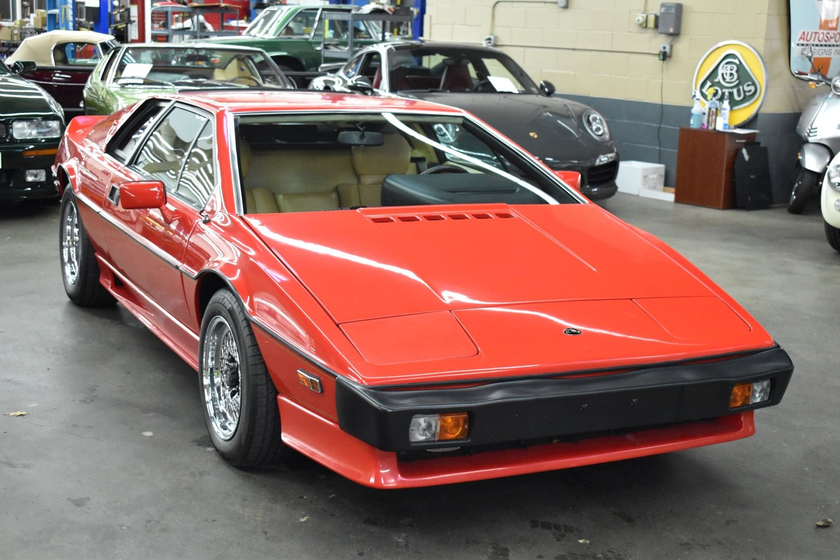 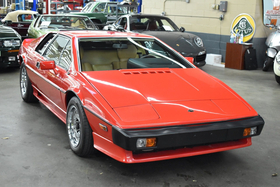 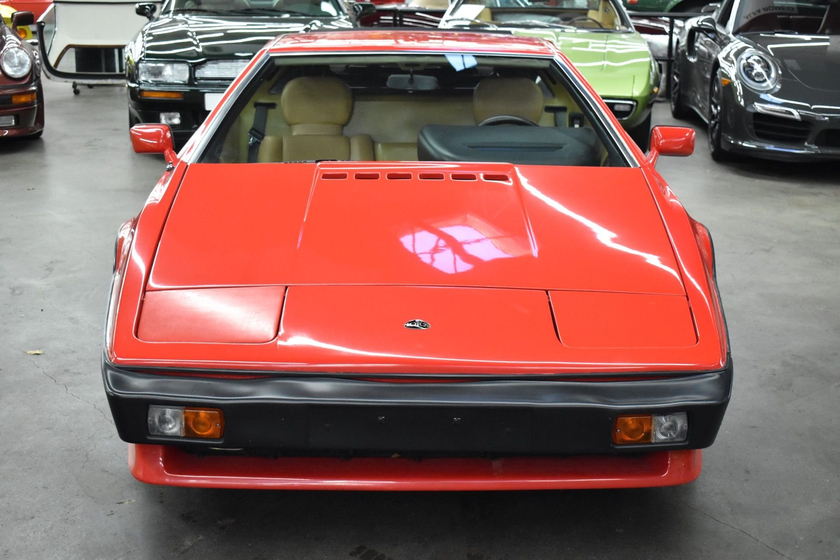 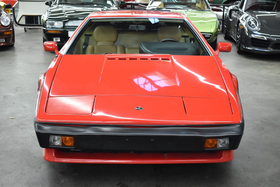 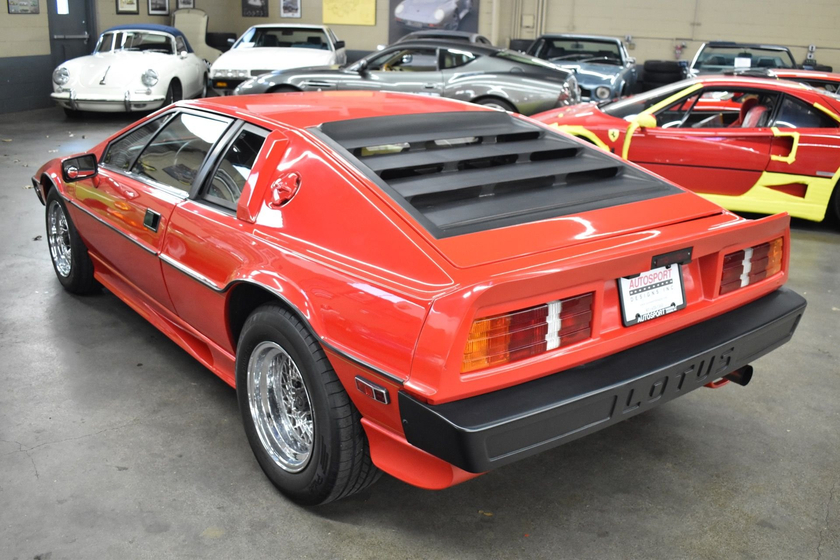 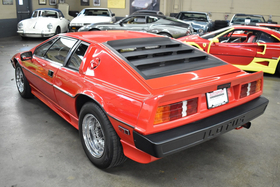 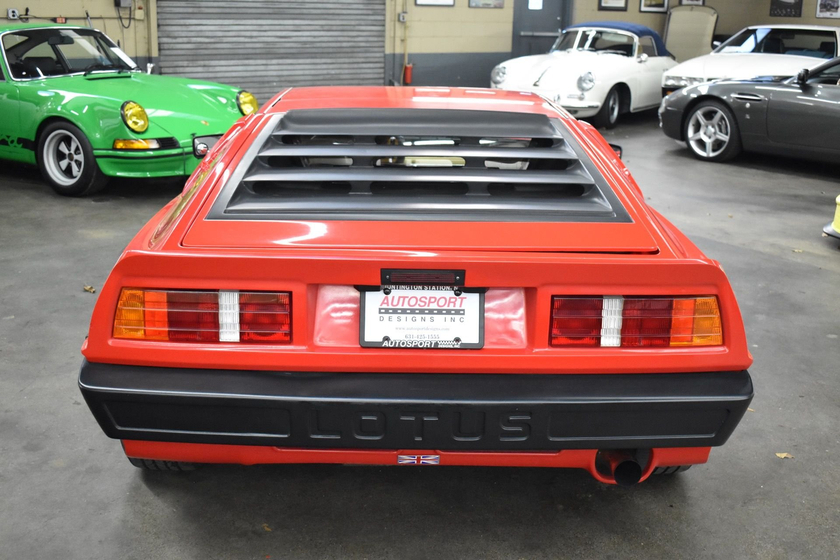 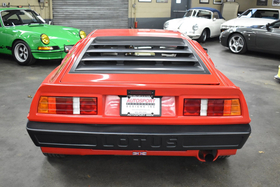 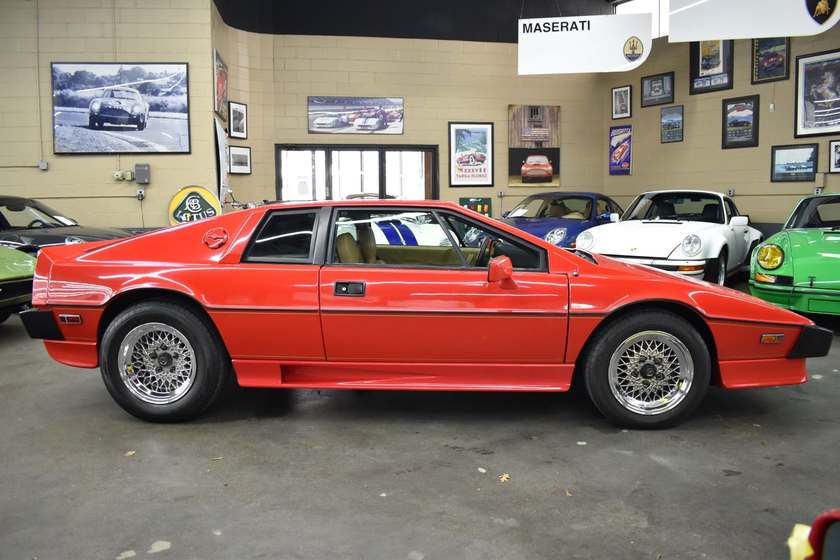 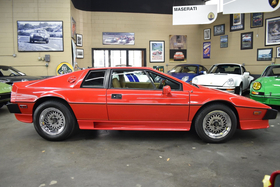 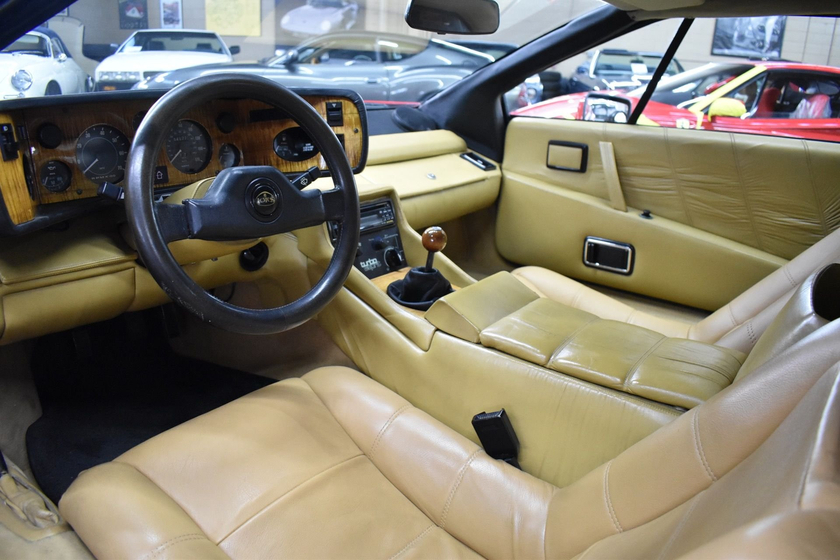 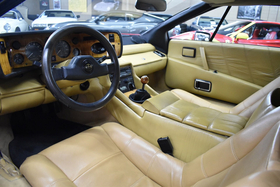 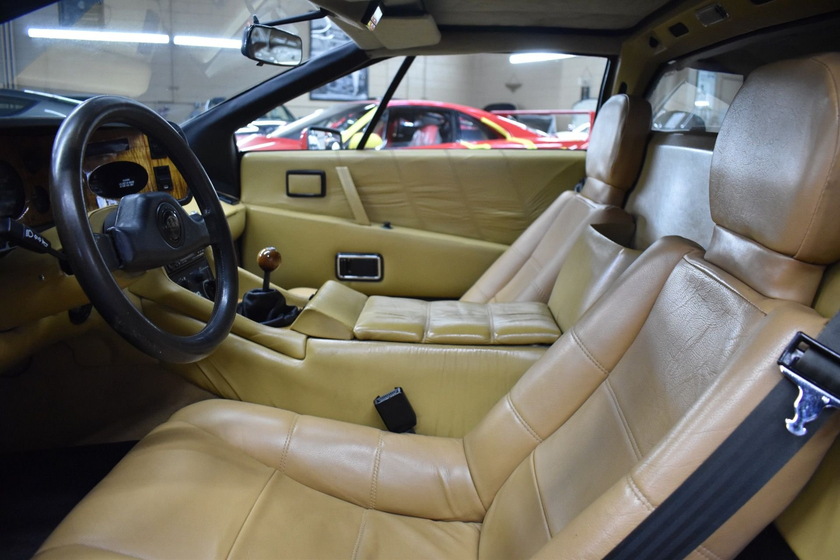 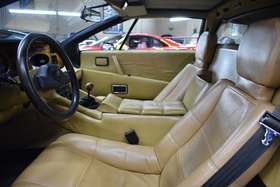 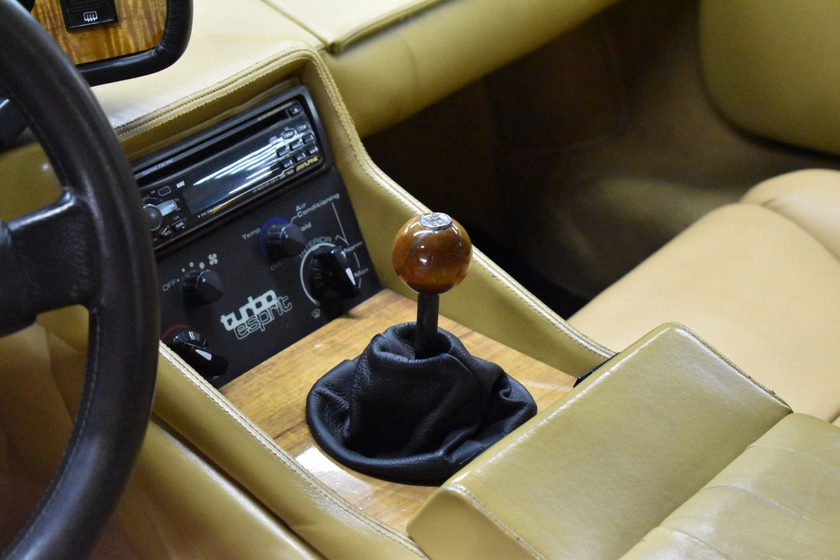 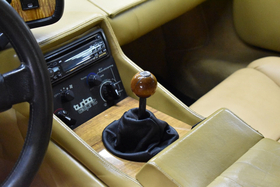 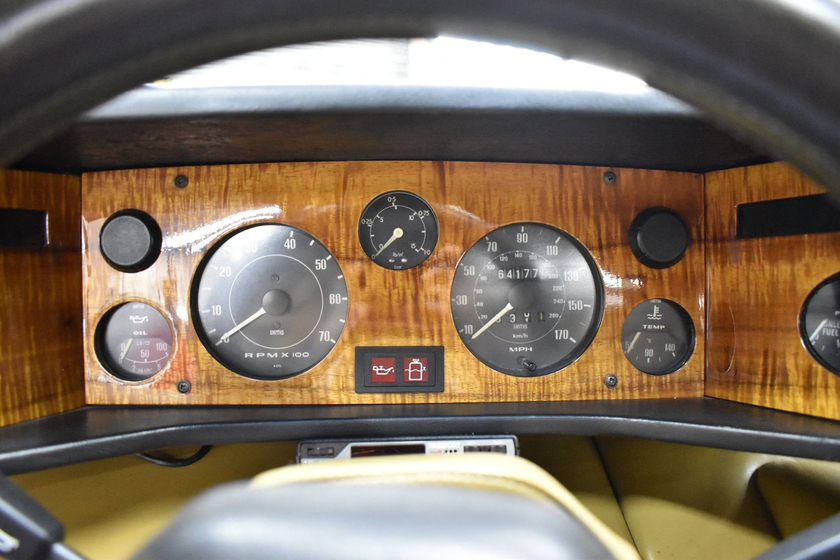 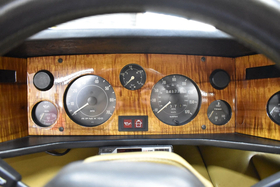 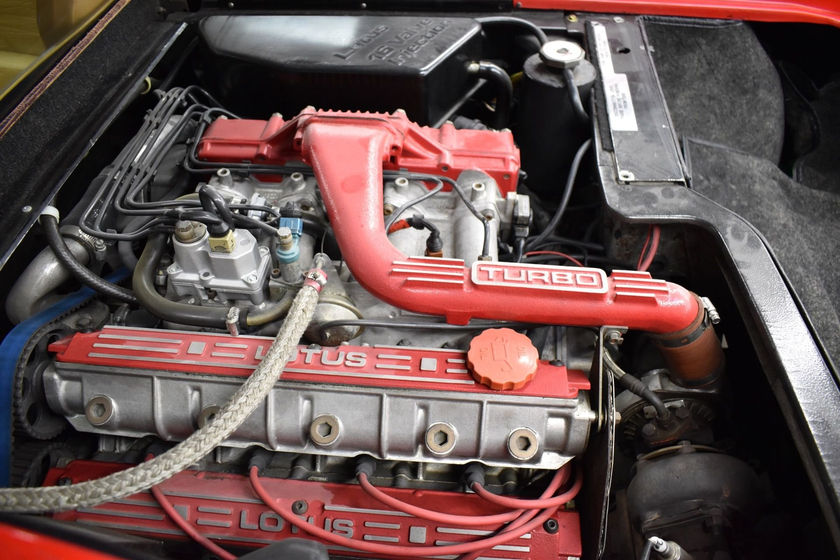 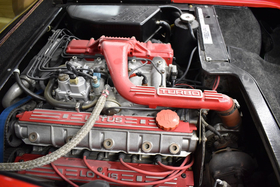 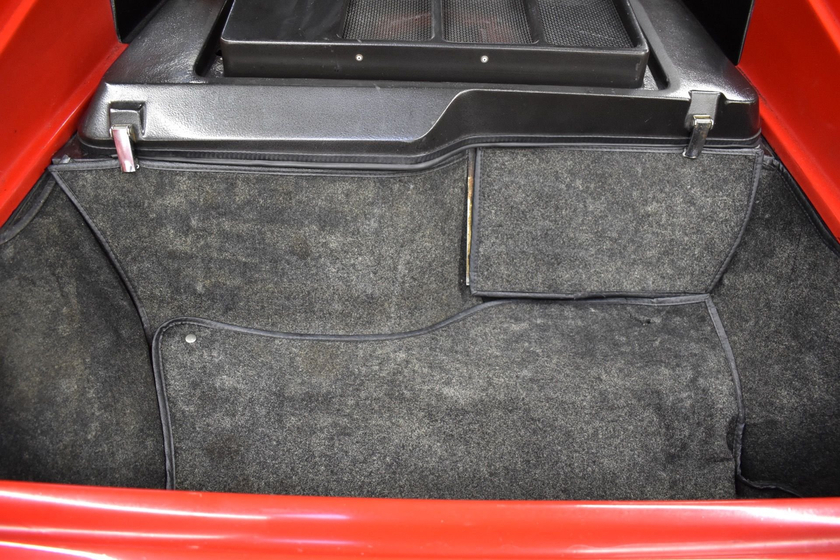 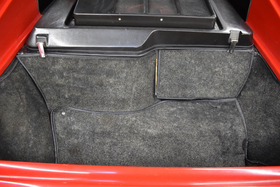 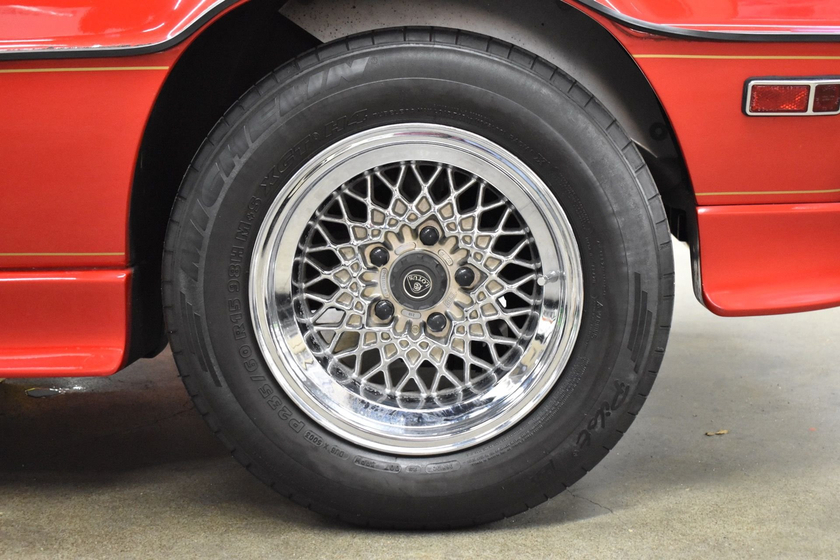 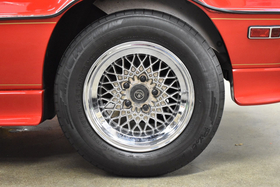 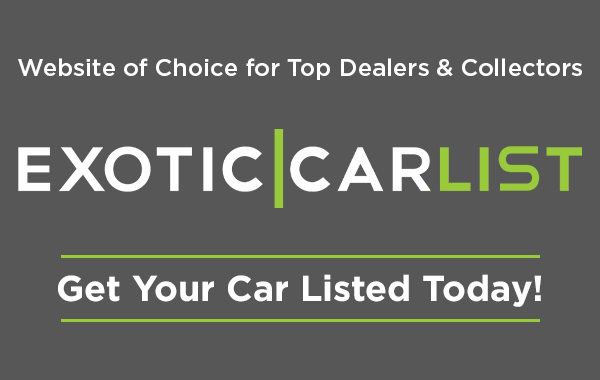 Calypso Red with Tan leather interior and Tan carpeting, 64,000 original miles, 2,174cc DOHC 16-Valve Turbocharged 4-Cylinder Engine, 5-Speed Manual, Factory a/c, Collector owned for many years. The Lotus Esprit became an instant star when James Bond and 'Q' chose it for the 007 films “The Spy Who Loved Me” and “For Your Eyes Only.” A Turbo Esprit for Roger Moore as James Bond was used in “For Your Eyes Only” with skis strapped to the back for a skiing trip to Italy's posh Cortina ski resort. What more can be said, awesome! The Esprit design was unmistakably from the pen of designed Giorgetto Giugiaro. The Esprit featured all-independent suspension and Lotus's own 16-valve, four-cylinder engine placed transversely mid-ship, mated to a five-speed transaxle. Disc brakes were fitted to all four wheels, the rears being mounted inboard. In 2.2 liter turbocharged form, the Esprit produced 210bhp and was good for a top speed of 148mph, 0-60 mph attainable in just 6.1 seconds. Hand built in limited numbers; the Esprit remains one of the most iconic and popular thoroughbred sports cars ever produced. Tested in 1983 by Road & Track, the 205-hp Esprit beat a contemporary Ferrari 308 Quattrovalvole to 60 mph by two-tenths of a second and proved capable of achieving its claimed top speed of 148 mph. In 1986, the Esprit Turbo gained increased engine compression, Bosch fuel-injection, and a slight increase in maximum boost. The Turbo HCI (High Compression, Injection) brought peak power to 215 hp, with torque at 202 lb-ft. This Turbo Esprit has been owned by a client of Autosport Designs, Inc. It is 1 of 159 Turbo HCi's sold in the USA during 1987. Mechanically, this Esprit is fitted with (the “Green Dot” cam pulleys) and the transmission is about as good as the Citroen transmission ever was and the main shaft circlip, a potential major problem for this gearbox has been updated. In 2014 and with 63,550 miles, the following servicing was completed: The engine and gearbox were removed and it received a Gates Blue Cam Belt, Tensioner Bearing, Water Pump, Thermostat, All Exhaust Manifold Studs and Gaskets, New Accessory Belts, Motor Mounts, Starter, Clutch, Pressure Plate, Transmission Main Shaft Circlip Update, Pilot bearing, Auxiliary Air Valve, Warm Up Regulator was Rebuilt, Pertronix Ignitor 2 Electronic Ignition, Pertronix Flame Thrower 2 Coil, Overboost Valve, Distributor Cap and Rotor, Plug Wires, Replacement of All Relays in Coil Box, RPM 1 Relay, RPM 2 Relay, Fuel Filter, Battery and Spark Plugs. Mechanically the car is very good, but it has suffered from lack of use in recent years. Currently, the Esprit is in our service department being service where needed to bring to excellent, well-serviced condition and thus, ready for its next new ownership and home. This Turbo Esprit is extremely rare and a piece of 1980's Lotus history.