A photo of the first Bugatti Veyron for sale—chassis #001—and last Veyron—chassis #450—side by side tells the story of the model’s decade of existence in sentimental fashion. The Bugatti Veyron 16.4 Grand Sport Vitesse “La Finale,” as the name implies, is the last Veyron that will ever be produced. Its two-tone, red-and-black color scheme pays tribute to the very first Veyron chassis, but the way the La Finale wears its much more flamboyant colors so confidently and unabashedly serves notice to all how much this supercar has redefined the very limits of what a road-going vehicle can be. 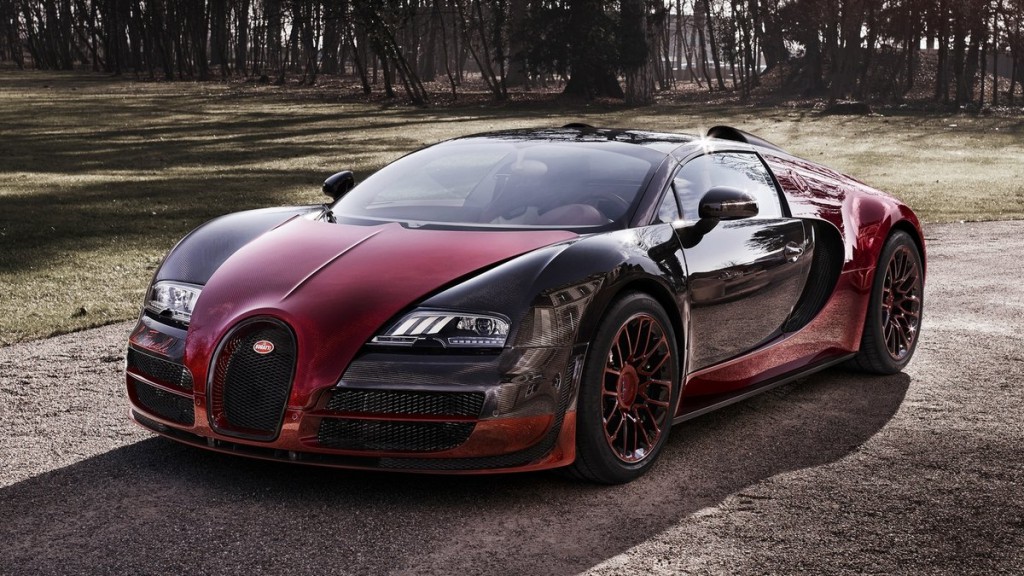 It’s a little bit difficult to decode the La Finale’s full name. The “16.4” refers to the engine’s 16 cylinders and 4 turbochargers, while the “Grand Sport Vitesse” designation simply means this is a Veyron with a removable roof (Grand Sport) and with the more powerful Super Sport engine (Vitesse). The Super Sport engine produces 1,184-hp vs the standard Veyron’s 1,001-hp and can push the Grand Sport Vitesse from 0-62 mph in 2.6 seconds and to a top speed of 255 mph. 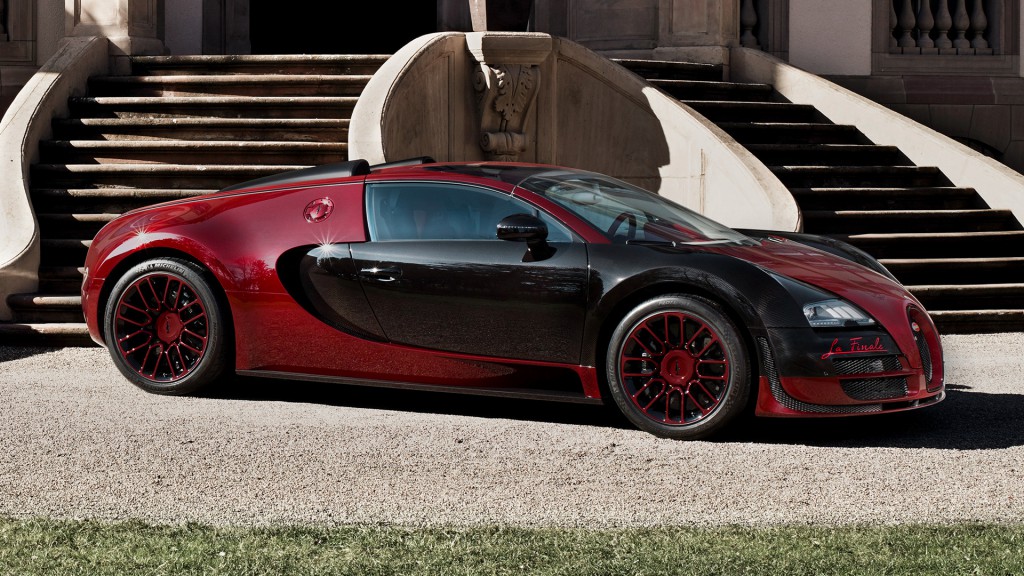 With Bugatti offering over 100 different paint colors and 8 different exposed carbon fiber finishes, thinking of how the La Finale wound up with the color scheme it did can be quite a headache. Bugatti’s Chief Designer Achim Anscheidt and the future owner of the La Finale collaborated together on the effort and it seems both agreed that the La Finale should pay tribute to the first Veyron, bringing things full circle. The “medallions” on the La Finale are clear-lacquered exposed carbon fiber, whereas the rest of the body is finished in a scarlet red known as “Hot Spur.” This is the reverse of the paint scheme on the original Veyron, which had red medallions.

Unique Touches for the Last Veyron 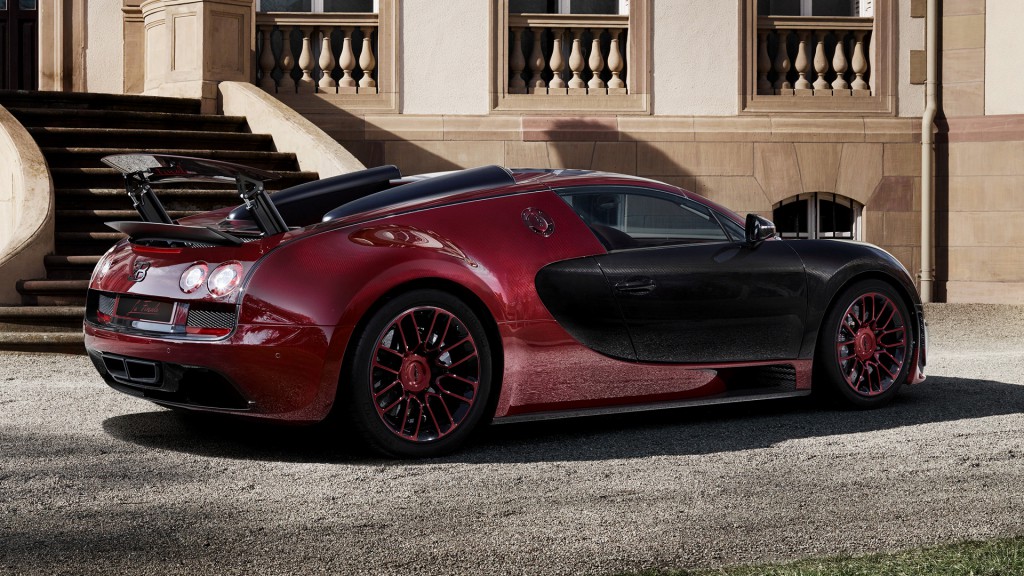 Other unique touches on the 450th Veyron include a bronze cast elephant adorning the stowage compartment cover and “La Finale” logos under the right front headlight and on the underside of the rear wing done in “Italian Red.” This is also the last of 150 Grand Sport models produced in addition to the 300 coupes already delivered. 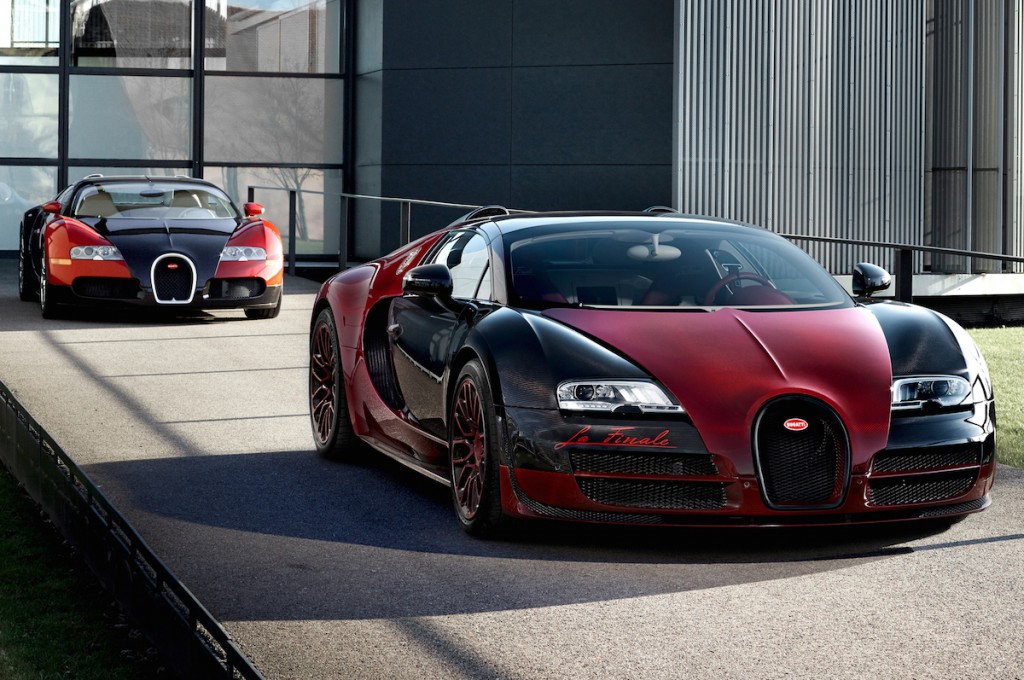 It’s widely speculated that VW took losses on every Veyron sold, even with their average asking price of $2.57 million dollars. To sell 450 cars at that price point is remarkable, and a testament to everyone at VW who made the Veyron possible, including its daddy, Ferdinand Piëch. But be sad not my car loving friends as Bugatti have promised a new vehicle to succeed to Veyron, potentially with 1500-hp and a 288 mph top speed. Maybe another decade from now, I’ll be writing about the next Bugatti’s last example. I hope I am.