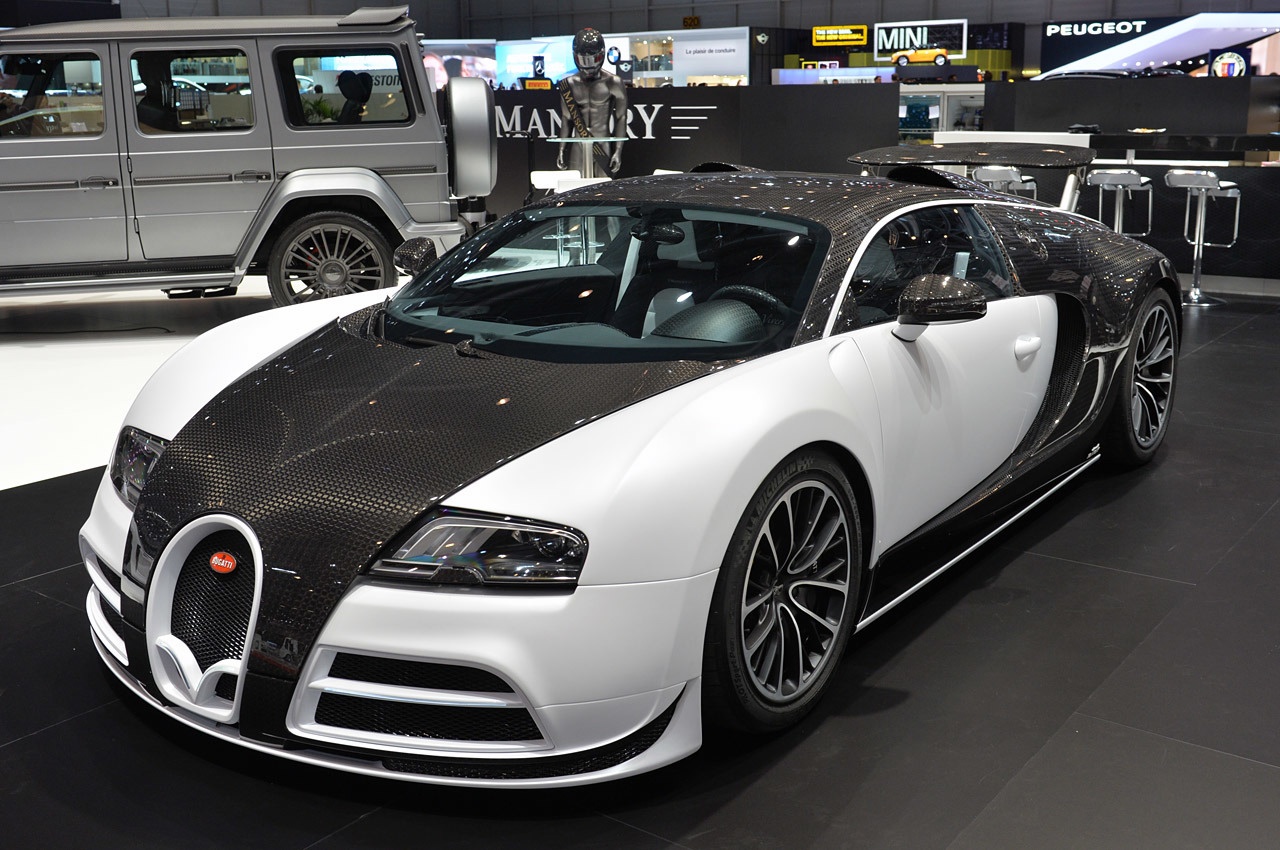 There are supercars and supercars. And then, there is the Bugatti Veyron Mansory Vivere. One look at it and you are going to say, “Wow!”

Tagged as the “crazy witch doctors of the automotive tuning world”, Mansory has once again come forward with yet another creation to whet the appetite of supercar enthusiasts the world over.

This is described by the manufacturer as a “strictly limited version”, and is considered to be one up on its predecessor, the Vincero. Aesthetically speaking, the car is a stunner, with modification of the bonnet, wings and the addition of a smart front apron. LED daytime running lights in the headlight and tail light clusters add class to the general appearance of the car.

At $3.5 million, the supercar is a mini fortune on wheels, and with looks to accompany it. However, the external appearance is not everything that is good about Bugatti Veyron Vivere. The car has further embellishments with striking alloy wheels. The design of the wheels in a five double-spoke pattern adds face value to the car.

The lacquered carbon fiber finish gives the entire bodywork a sleek finish, which sets it apart from other great names in the supercar category. In fact, carbon fiber has been used extensively to craft quite a few parts.

The interiors can be simply defined as ultimate luxury, as Mansory has again exhibited their capability of combining rock solid engineering with luxury. The classy carbon fiber finish on the exteriors continue inside as well, giving added comfort to the driver and passengers. The craftsmanship and high-quality materials of the interior create the required ambiance expected of a supercar.

With a top speed of 410 km (255 mph), this car can reach 0 to 100 km (60 mph) in 2.5 seconds, which is considered pretty powerful but expected of a car in this category. The engine packs a punch with a maximum torque of 1,109 bhp, and displacement of 8 liters. Fuel consumption just goes through the roof, but then, who is bothered, least of all those who just happen to have an extra $3.5 million to splurge on a set of hot wheels?

Mansory has once again taken the automobile world by storm with their limited version of the Bugatti Veyron Vivere. However, judging by the feedback from reviews there are a few differing opinions. Just like developing a taste for good wine, the taste for certain supercars and their looks is also an acquired one. There are many who feel that the car is just plain ugly, and then there are those who will swear by it. So, it all boils down to personal preferences.

One thing clearly emerges here is that the Mansory has invested a lot in terms of financials and reputation to bring out a limited version supercar, that will make heads turn and that the owner will be proud to have. This is essentially the objective of bringing out a limited edition supercar, and with their Bugatti Veyron Vivere, Mansory seems to have achieved just that.

Related: What You Should Know About The 2017 Bugatti Chiron