The original Shelby Cobra for sale was one of the greatest American sports cars ever built. Carroll Shelby and Ford followed up on the ’60’s muscle car with a successor Ford Shelby Cobra ‘Daisy’ Concept that was unveiled in 2004. The modern era Cobra codenamed “Daisy,” was built as a fully functional prototype, but never made it to production due to economic uncertainty.

There is only one Ford Shelby Cobra ‘Daisy’ in existence and car collectors will have the opportunity to bid on the concept car at Mecum’s Monterey auction, running August 12-14. Similar to the original Cobra, Daisy has sleek lines and racing stripes that stand out from most of the typical sports cars. The car is powered by a 6.4 liter V10 engine that produces 605 hp to the rear wheels through a 6-speed manual transaxle. 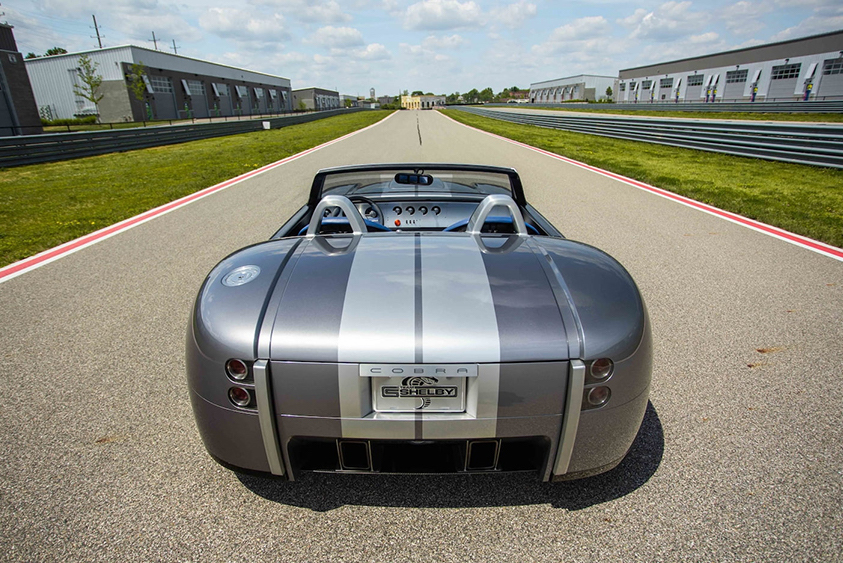 The historic sports car was put through proper testing by Shelby, who drove it more than 150 miles on the Irwindale Speedway in California. According to the auction house, Carroll Shelby was nothing short of impressed by his creation. “It’s going to be a real ass-kicker,” Shelby, who was then 81 years old, said at the time.

Daisy is in immaculate condition and is ready to be the centerpiece of a collection. There is no pre-auction estimate, but don’t expect this rare piece of automotive history to come cheap, as there is no guarantee this sports car ever makes it back on the public market, so car enthusiasts across the world will certainly take interest at this upcoming auction.