A few days back, if you stopped and listened very closely, you would have been able to hear thousands of car fans screaming with joy. Had they just won the lottery, and were thinking of their dream garage? Nope, but it was something very interesting nonetheless: the 2017 Geneva Motor Show was kicking off! In this article, I’m going to take you through some of the most interesting cars to come out of the show. 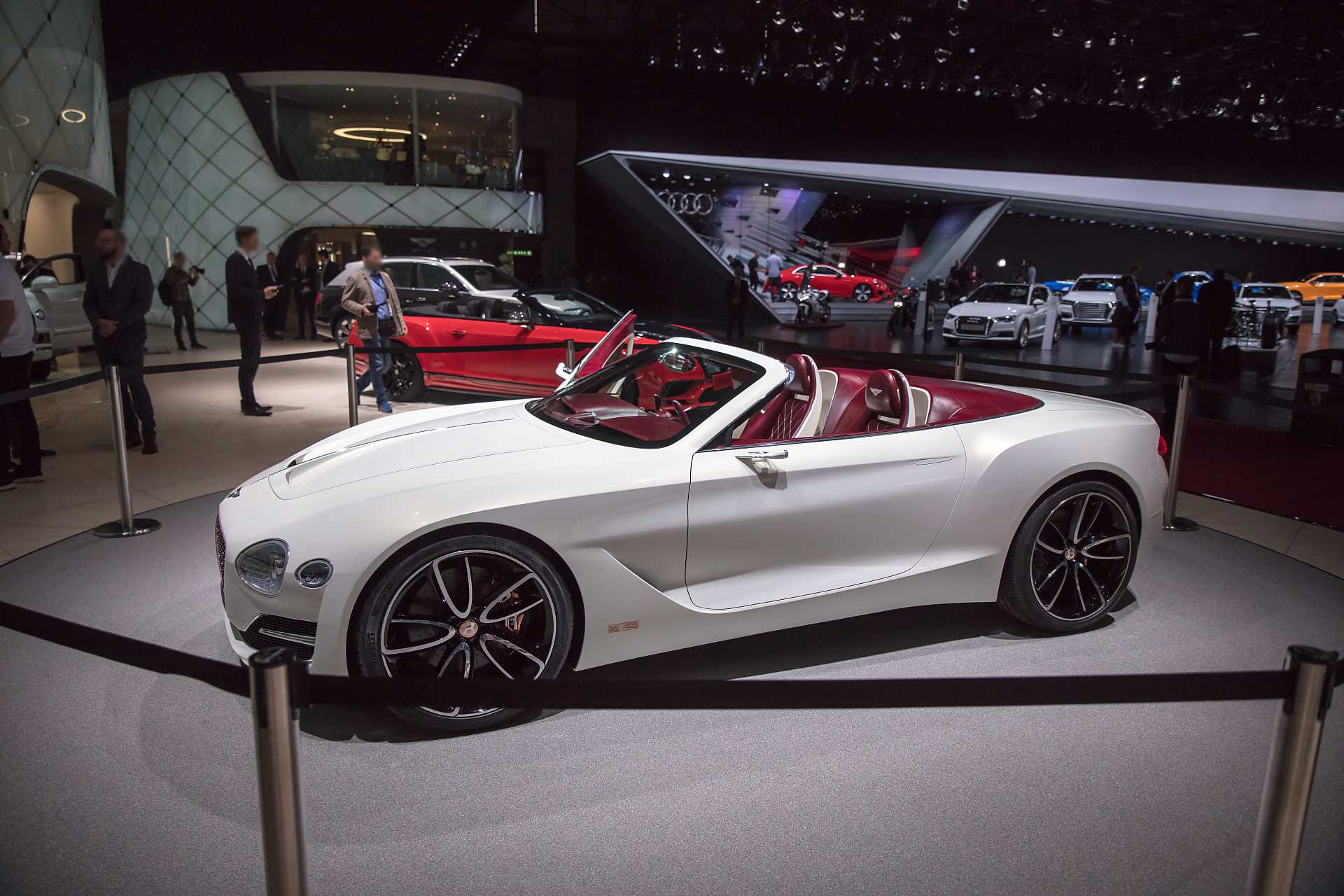 Bentley have been doing a lot of un-Bentley things lately. Starting with the Bentayga, the famed British company have now announced something altogether different. The EXP 12 Speed 6E is a concept design for an electric luxury convertible, boasting a traditional British wood interior, accented with copper, paired with the latest tech, including an OLED screen in the centre console. The company also say they would intend for the EXP 12 to be a real grand tourer, able to go from London to Paris on a single charge. 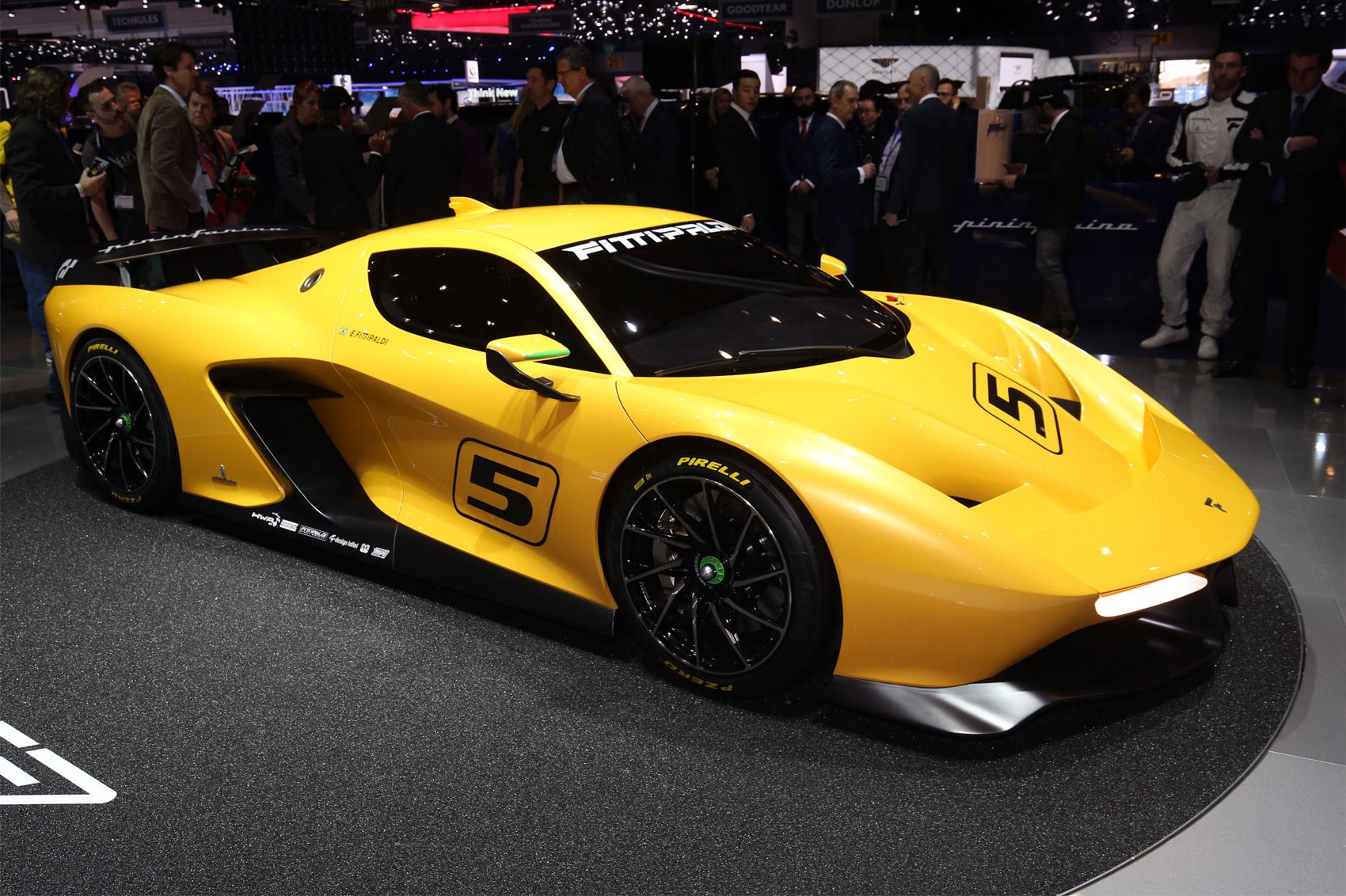 If you’re familiar with either F1 or Indy Car racing, you should be aware of Emerson Fittipaldi. This guy not only won the Formula 1 World Championship twice (1972 and 1974,) but he also won the Indy 500 in 1989 and 1993. Now he’s teaming up with the legendary Italian design house Pininfarina (the skilled hands behind the Ferrari F12Berlinetta, Ferrari Testarossa, and Alfa-Romeo GTV to name a few,) to create this mad track car. Decidedly old-fashioned in power, it packs a 4.8L V8 in a one-ton carbon-fiber body to create a (completely not road legal) monster. Only 25 cars are expected to be made, making them a very expensive, very fun toy for those able to afford them. 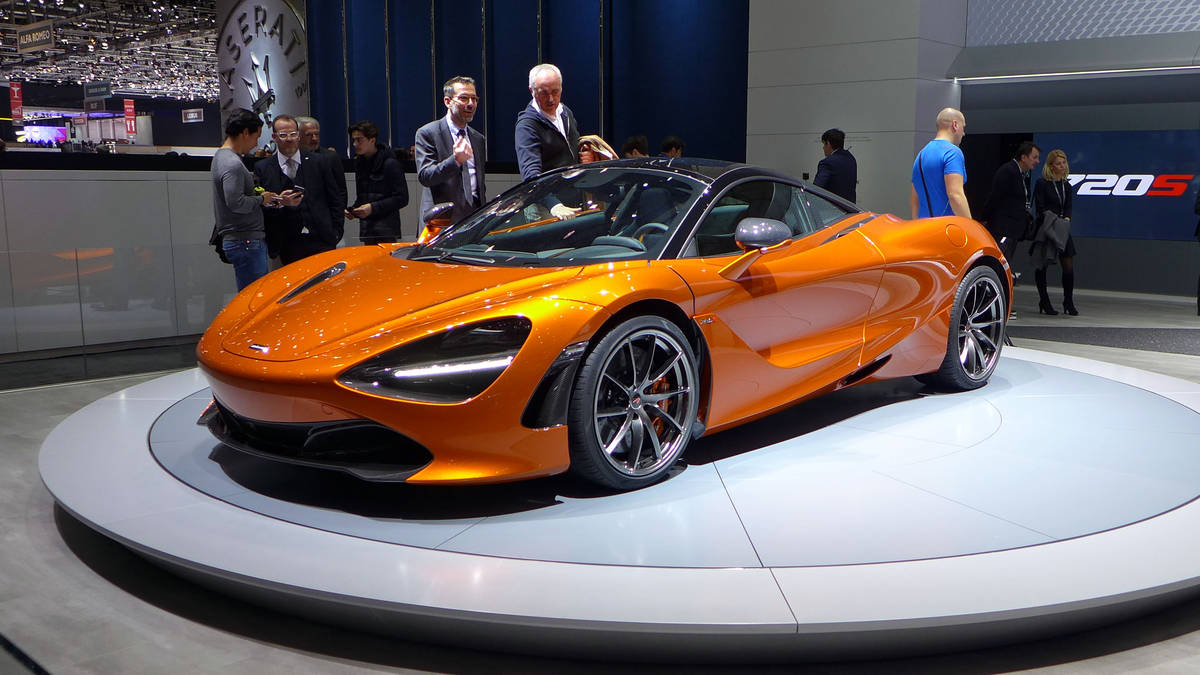 McLaren made a good showing this time, revealing the 720S, a follow-on from the 650S. The 720S once again pairs power and agility, with a 4L, 710bhp engine pushing the aluminium and carbon-fibre lightweight up to 212mph. McLaren also claim a 0-60 time of just 2.8 seconds. It’s due to go into production in May, but one has already allegedly been spotted in North Carolina, according to Autoblog. 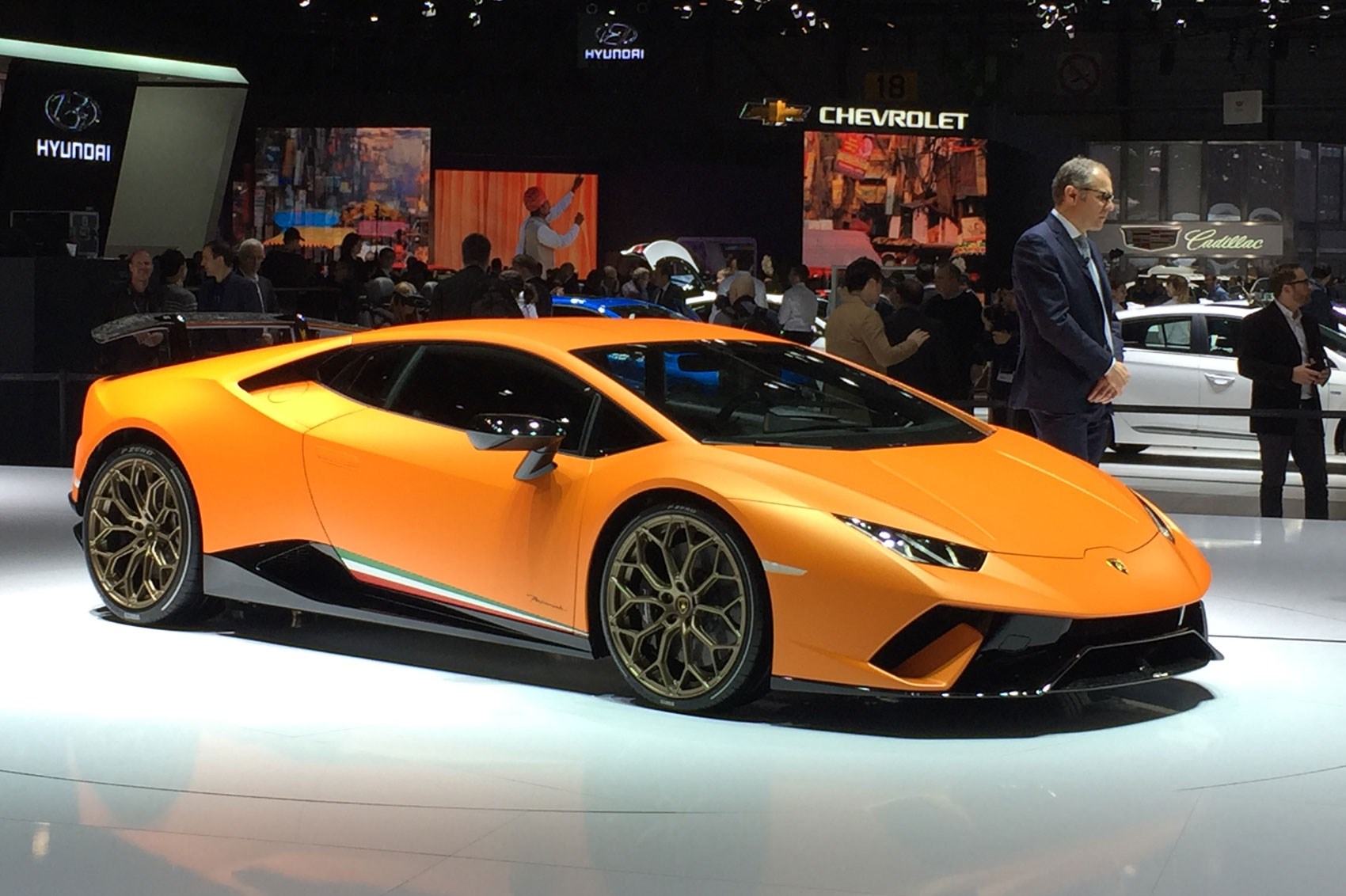 Lamborghini have gone mad again — the Performante, the new, upgraded version of the fan favorite the Huracan, has become the second-fastest car to shoot around the Nurburgring. The Performante threw itself around the intense, massive track in just 6:52.01. Thanks to an intense new air-control system which can increase downforce on individual wheels, the Performante is capable of some quite insane precision. Paired with an even more powerful V10 than before, the Performante is quite simply insane. 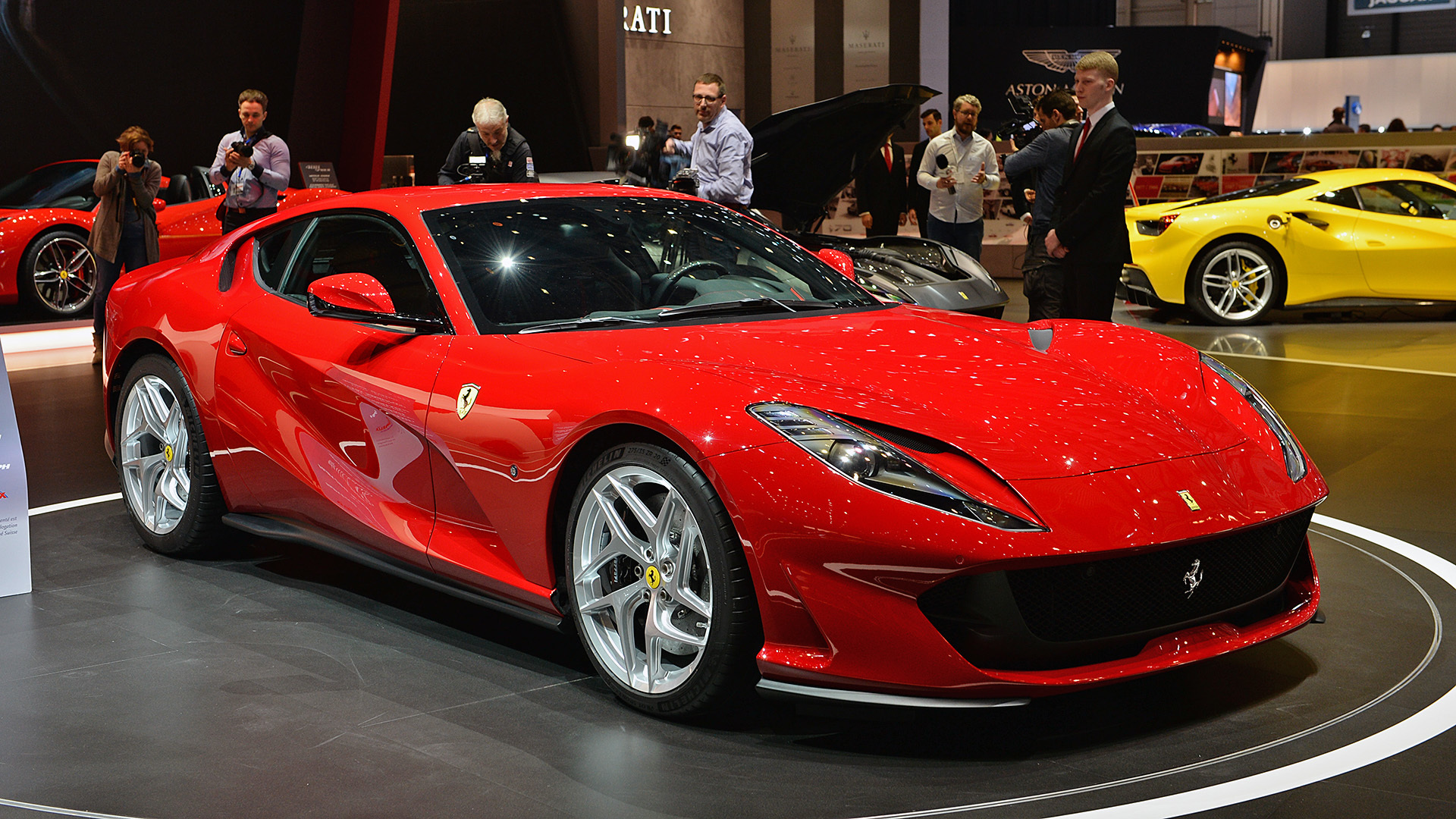 It only seems like yesterday that the F12Berlinetta came out, doesn’t it? Well, Ferrari are replacing their superb grand tourer with the promisingly-named Ferrari 812 Superfast. Their new GT will throw down the gauntlet to its rivals with a 6.5L V12, packing 790bhp into a slender frame, which gives the car a 0-60 time of 2.9 seconds and an expected top speed of above 210mph. Other incremental improvements like full LED headlights and a redesigned rear diffuser make it a very worthy upgrade over the Berlinetta. If it can couple the increased performance with the F12’s sterling reputation, we’re in for another winner.

Talking about all the other amazing vehicles that made it to the motor show would take at least 10 more articles, so I’ll round this list off with some other cool stuff that made the event. Aston Martin showed off the frankly crazy Valkyrie, a Le Mans style hypercar, which is already sold out. Porsche paraded their new GT3, and Pininfarina unveiled the H600, their very cyberpunk idea of a hybrid.