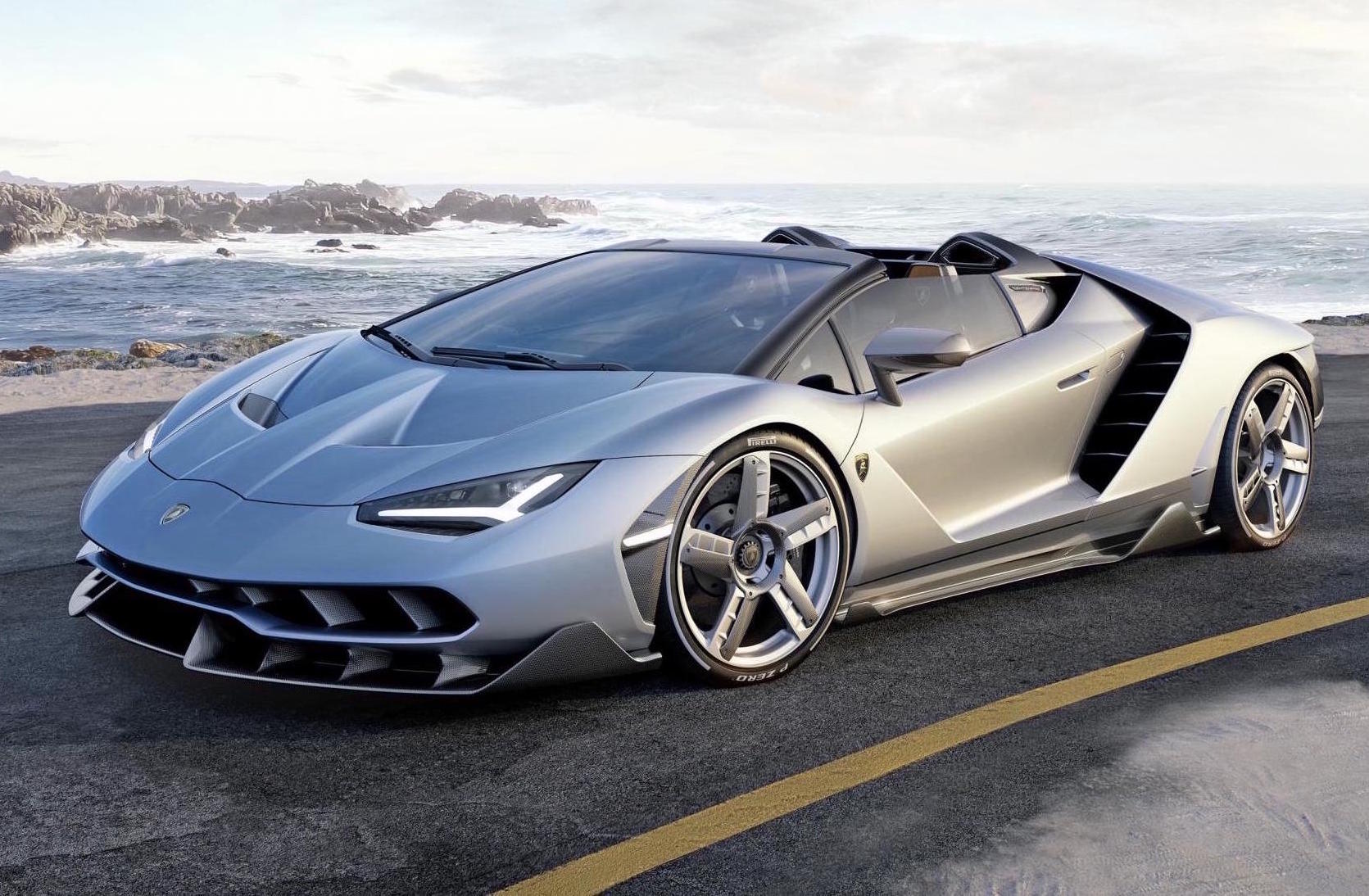 Lamborghini revealed the Centenario Roadster, the open-top version of the Centenario Coupe, last month at The Quail, A Motorsports Gathering, an event contained within the broader scope of the decorated annual Monterey Car Week in Northern California.

We covered the Lamborghini Centenario Coupe when it made its debut earlier this year at the 2016 Geneva Auto Show. Built to commemorate what would have been the 100th birthday of Lamborghini’s founder, Ferruccio Lamborghini, there was little doubt that a roadster version would eventually follow. The completely exposed Centenario Roadster — it has no convertible top or cover whatsoever — looks impossibly aggressive. It’s almost as though the Coupe was built as a stepping stone for the eventual arrival of the the open-top version — that’s how gorgeous it is.

The “one-off, limited edition” Centenario Roadster, like the Coupe, is based on the Aventador’s basic hardware, meaning they all share Lamborghini’s carbon fiber monocoque chassis as a starting point. As we move away from the composite tub to the visible exterior bodywork of the Centenario,which is made completely of carbon fiber, we see on this particular example that most of the composite material has been painted, whereas the lower aerodynamic parts like the front and rear diffuser, and side skirts are finished in an exposed shiny carbon fiber. 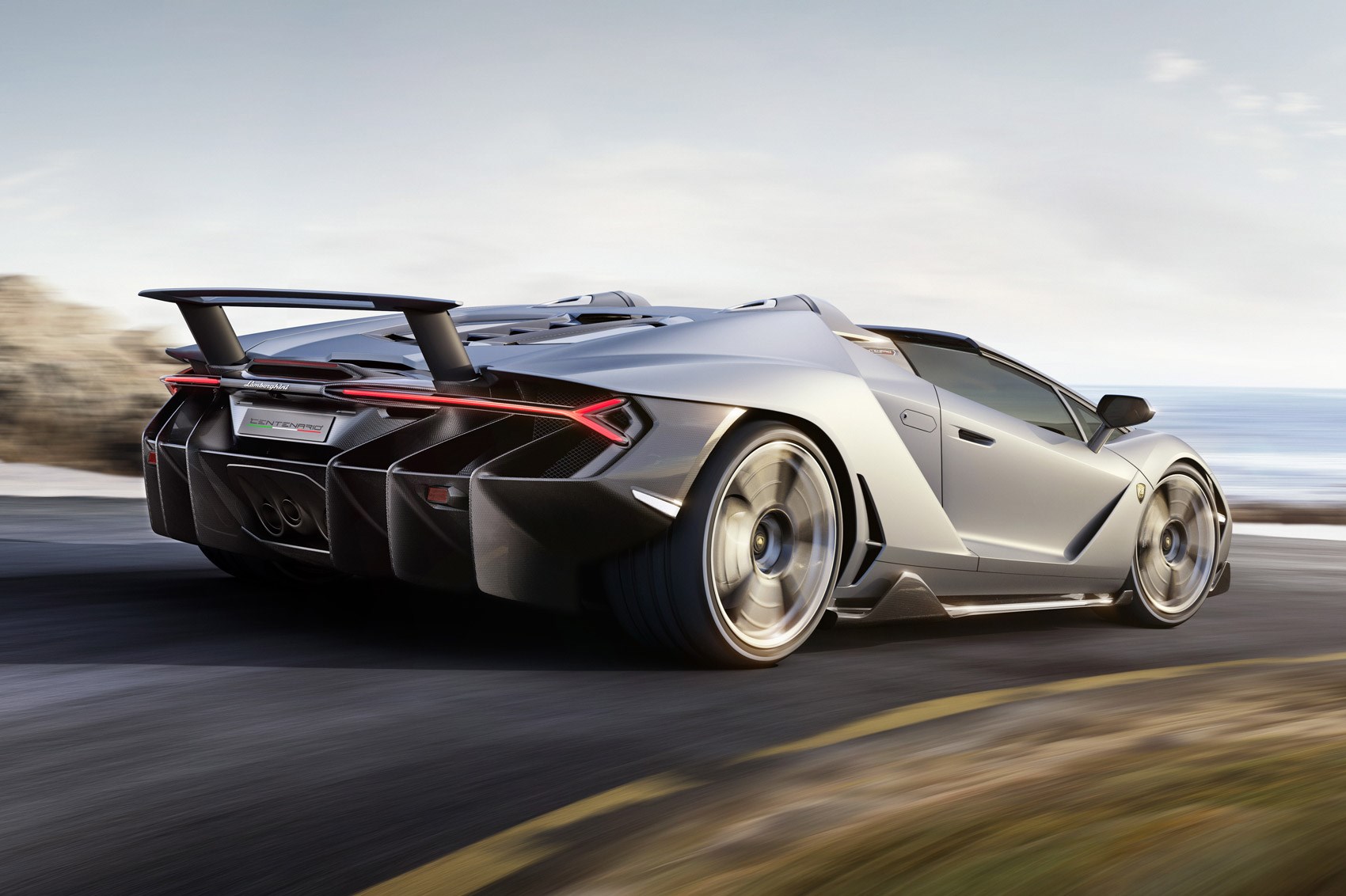 It’s hard to do justice to the Centenario Roadster’s design with mere words. The massive 20” front and 21” rear forged and milled aluminum wheels, offset by short front and rear overhangs anchor the Centenario’s low, hulking shape, which gets treated to Lamborghini’s typical angular design DNA, pushed to the absolute limits of what the team at Centro Stile Lamborghini could dream possible for a road car.

Special attention was paid to the aerodynamics around the exposed cabin in order to minimize wind turbulence. A reshaped front windshield, aimed at an extreme angle, was employed to deflect passing air up and over the passenger’s heads, and works in unison with minimalist frameless windows to reduce wind buffeting within the cockpit.

I can imagine wind might become an issue, especially with a top speed of over 217mph. The Centenario Roadster uses the same 60 degree V12 as the Coupe, carried over from the Aventador. Its redline increases from 8300rpm to 8600rpm and max power is up to 759hp, up 59hp from the standard Aventador and 19hp up on the top dog of the production Lambos, the Aventador SV. 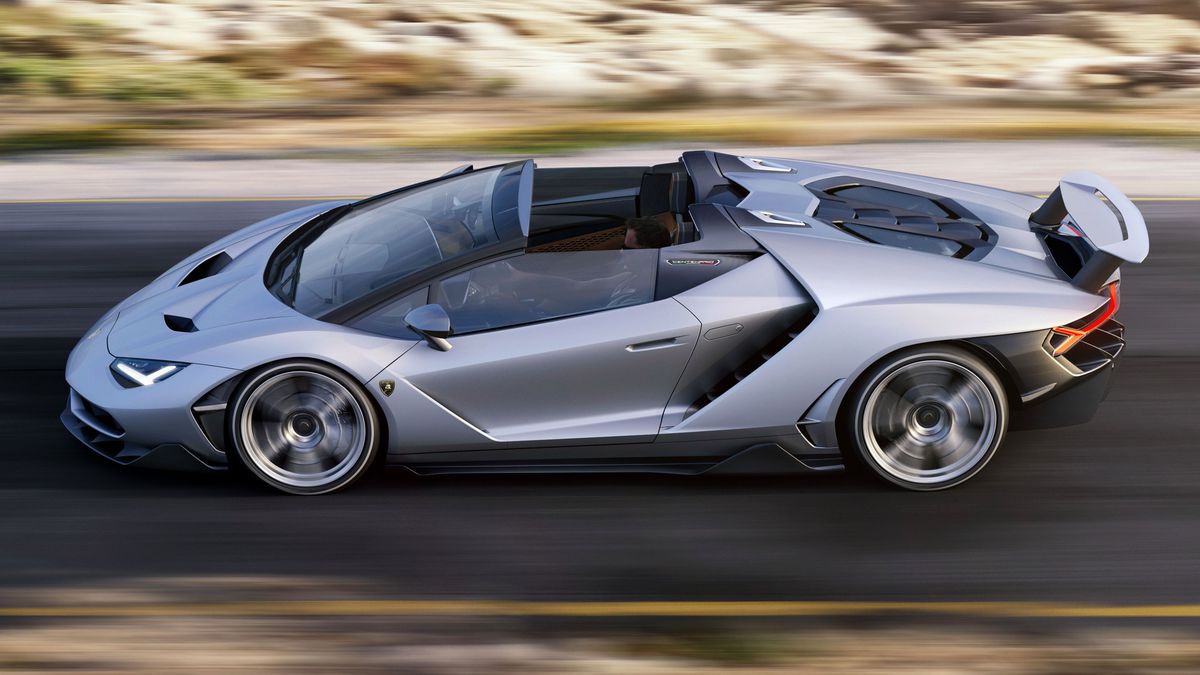 The example that Lamborghini brought to Monterey was finished in a special matte silver called “Argento Centenario,” a color exclusive to the Roadster, which gives the unique appearance of melted metal without any of the harsh grain that can result from the chemical process. Lamborghini designers chose to match the silver exterior with a light brown Alcantara interior called, fittingly enough, “Terra di California,” offset by “Bianco Polar” leather inserts and cross-stitching.

The Centenario Roadster, like the Coupe, will be produced in a limited edition 20 unit run, with a starting price of €2 million (approximately $2.24 million USD at today’s exchange rates). Both versions are already sold out. Car and Driver report that about a third of Lamborghini’s allocation of Centenario Roadsters will be delivered to customers in North America, with the first examples arriving late this year.