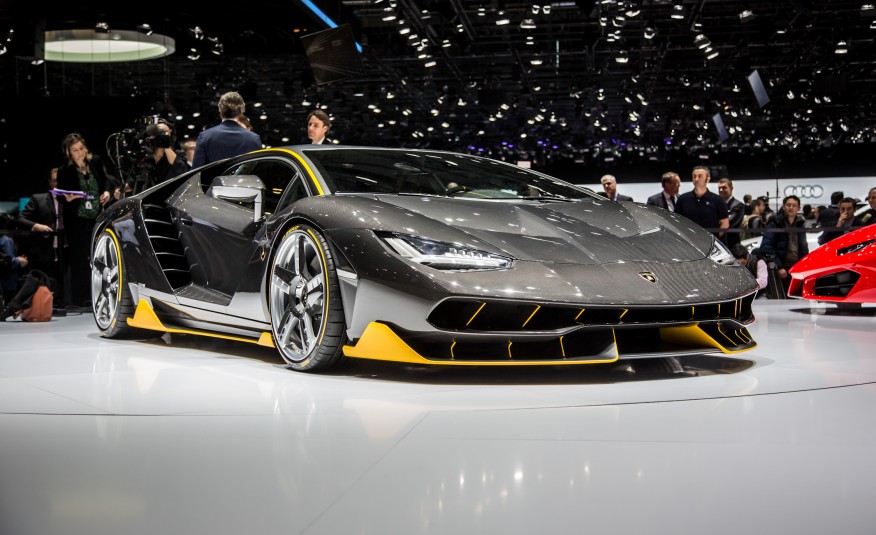 Lamborghini’s previous limited edition release, the $4.5 million dollar Veneno, proved the Italian automaker knew how to celebrate a milestone—particularly it’s own. But to properly ring in what would have been the late Ferruccio Lamborghini’s 100th birthday—a very special occasion indeed—the Sant’Agata-based firm needed to bring something to the 2016 Geneva Motor Show that would standout against a backdrop of impressive concurrent debuts.

Flanked by the likes of the Pagani Huayra BC and Bugatti Chiron at the world’s most star-studded annual automotive expo, the Lamborghini Centenario managed to hold its own, bringing us something that is distinctly Lamborghini, yet innovative enough to be worthy of its occasion. 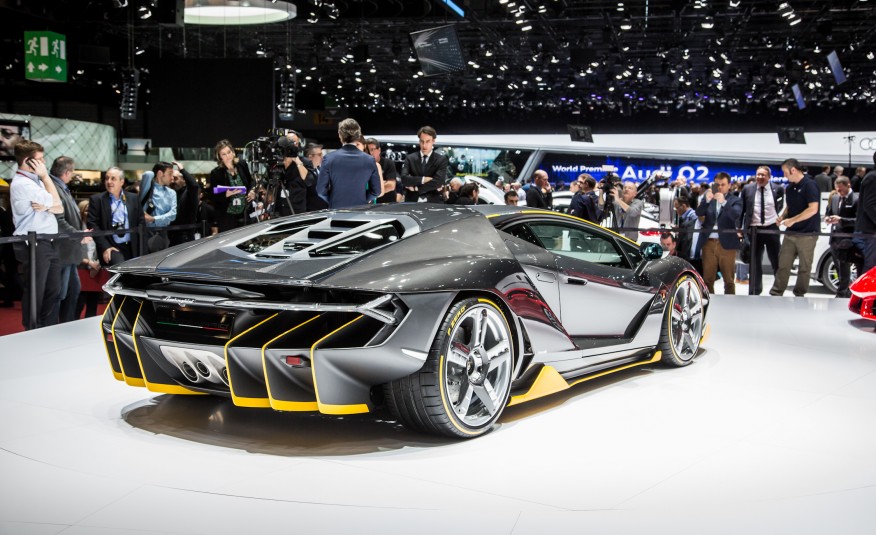 Ferruccio’s birthday gift, the Centenario, is built essentially on an Aventador’s “skeleton” and uses the base model’s carbon fiber monocoque chassis as its structural center. An aluminum rear frame connects the traditional Lambo V12 engine to the rear of the monocoque. Although their underpinnings are similar, the Centenario wears a completely different body from the Aventador, in terms of both design and materials, giving it a “one-off” feel that Lamborghini have gotten very good at creating with their limited edition models.

Most of the body, including the hood, scissor door panels and roof, are finished in a gloss carbon fiber, whereas the lower body parts like the front splitter, side skirts and rear diffuser are done in a contrasting matt carbon finish. Thin, yellow accents accentuate the Centenario’s wedge shape, and draw particular attention to the exaggerated rear diffuser. The lightweight body does make a difference: the Centenario is listed at 3,351lbs. vs. the Aventador’s 3,472lbs. 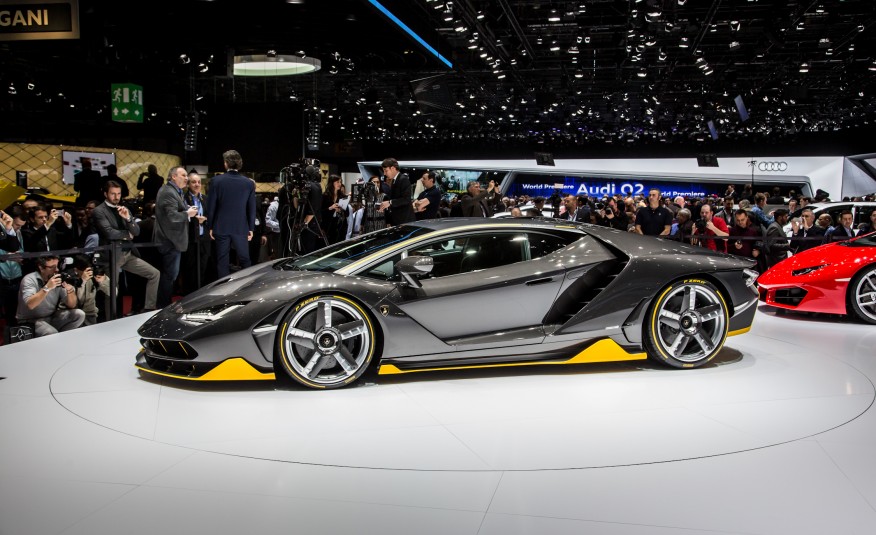 But what good’s all that downforce without some more grunt? The Centenario’s V12 produces 760hp, up 10 ponies from the Aventador SV’s 750hp, officially making it Lamborghini’s most powerful engine ever. The rev limiter has also been raised from 8,350rpm to 8,600rpm. Using the full beans, 0-62mph comes in 2.8 seconds—in part due to Lamborghini’s super fast 7-speed ISR (Independent Shifting Road) gearbox, a carry over from the Aventador—and a top speed of over 217mph is possible.

The permanently four-wheel drive Centenario also implements a new rear-wheel steering system—alluded to by the car’s unique rear wheel arches—which provides increased maneuverability at low speeds and increased stability and response at high speeds. Effects of the rear-wheel steering system differ depending on which of the three driving modes is selected: Strada, Sport and Corsa. 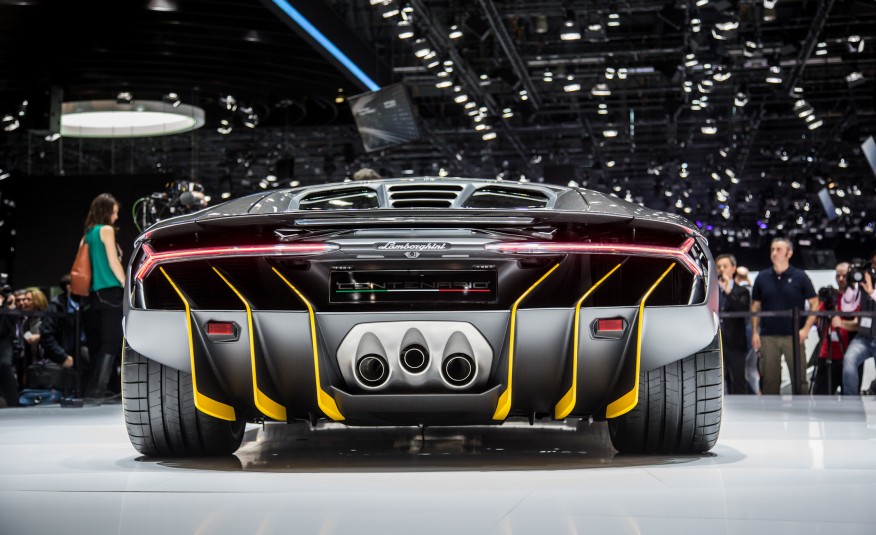 The cabin features an equally impressive display of composite workmanship. Miles of carbon fiber, offset by just the right amount of Alcantara, and are all tied in together with new stitching on the dashboard, sunvisors, and inner door panels, the last of which are new to the Centenario. A 10.1-inch HD touchscreen anchors the infotainment system which includes wi-fi connectivity, Apple CarPlay, and a telemetry function which can track lap times, speeds and G-forces.

Lamborghini plans to produce 20 roadsters and 20 coupes in total with deliveries beginning in late autumn 2016. All 40 were already sold before the model’s debut at the 2016 Geneva Motor Show, at a starting price of roughly $2 million USD.