If the legend of Bruce McLaren can be summed up in a single anecdote, it is that he used essentially a Can-Am race car to commute to work and official meetings. I suppose the residents of the village of Colnbrook, where McLaren’s operations were at the time located, eventually got used to the sight of the McLaren’s red M6GT coming and going, although I’m not sure they appreciated the sound of the Bartz-tuned Chevy V8 at full chat in the morning. 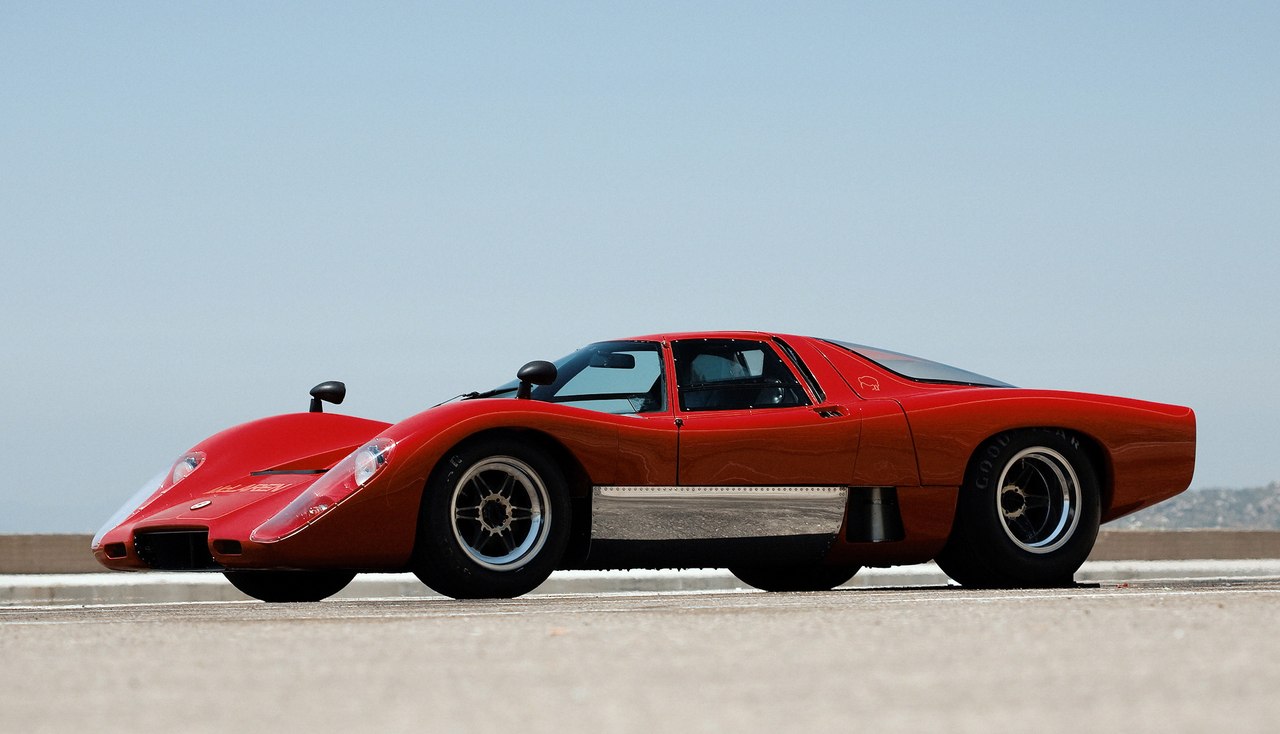 The backstory to the M6GT—the spiritual predecessor of the McLaren F1—begins in the late 1960s. Bruce McLaren Racing Team’s McLaren M1, which used a space frame chassis, was becoming outmatched by the Lola T70—which was already being built around an “open monocoque” chassis—in the Can-Am Group 7 class. In retaliation, McLaren and his team then created their first race car based on a monocoque chassis—the McLaren M6A.

McLaren himself won the 1967 Can-Am Challenge Cup with the M6A, while teammate Denny Hulme took second. McLaren Racing would soon introduce the M8A as the evolution of the M6A, but Bruce still had plans for the M6A which had served him so well.

The McLaren M6GT, a coupe version of the McLaren M6A, was originally conceptualized by Bruce to compete in the FIA Group 4 class, a step down from the almost unrestricted FIA Group 7 class. Group 4 racing would pit the M6GT against very stiff competition including the likes of Porsche’s 917 and Ford’s GT40. Entry into Group 4 required homologation in the form of 50 road going examples produced at a minimum, an undertaking that was at the time too involving for McLaren and his team. 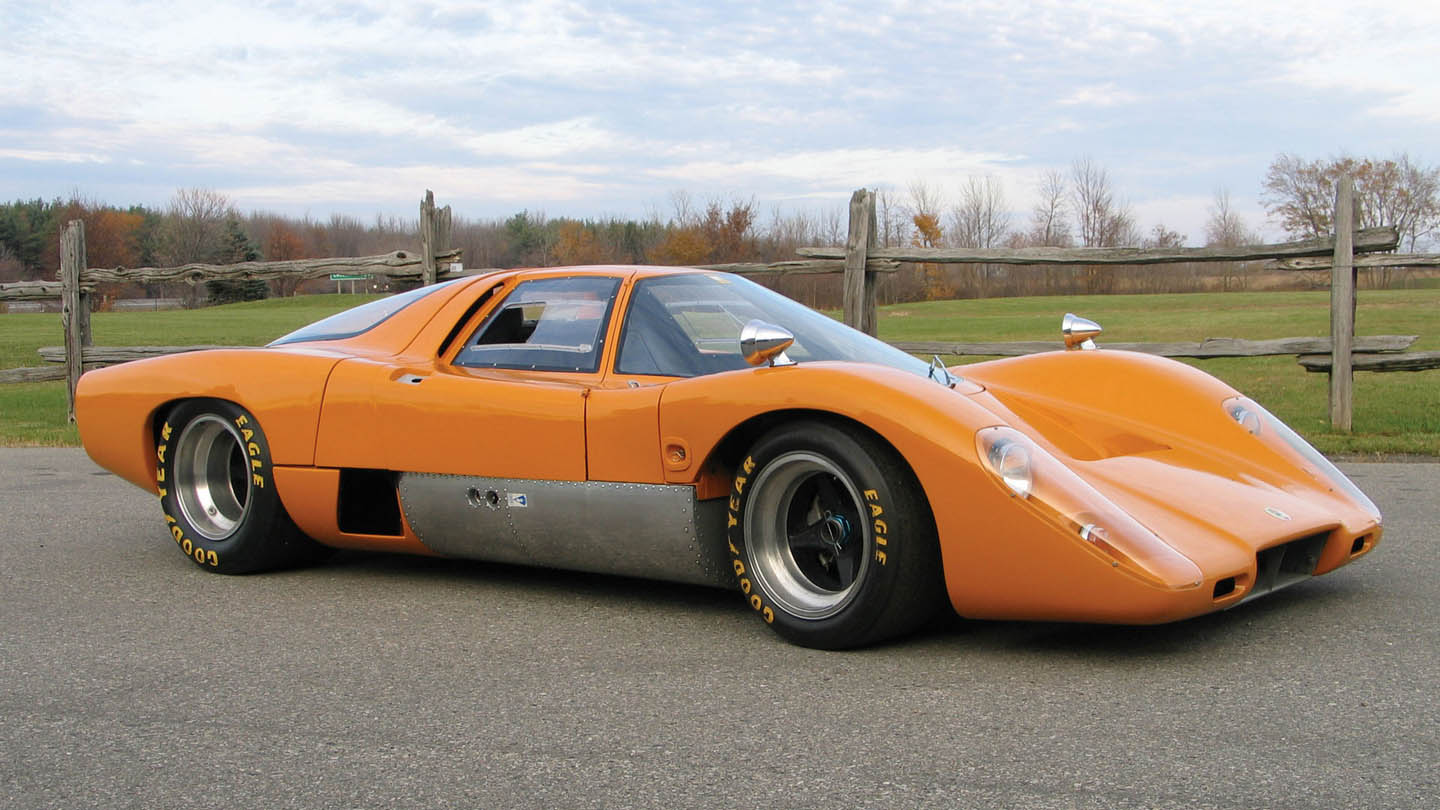 Bruce instead decided to use the M6A as a basis from which to build a road car, working in accord with his head designer Gordon Coppuck. McLaren and Coppuck visited General Motors styling chief Bill Mitchell, who allowed Bruce to test drive GM’s current range of exotic vehicles. It was then McLaren and Coppuck realized they were onto something.

“Bruce came away convinced that there was nothing special about any of them. He though we could do better ourselves,” recalled Coppuck.

And they did. Starting with the M6GT’s coupe body and monocoque chassis taken from the McLaren M6A race car, the British “garagistas” added a dogleg ZF transmission and a Bartz-tuned 5.7-liter Chevy V8 in the rear. Weighing about 1600 pounds with 370-hp@5800 rpm coming from the mid-longitudinally oriented pushrod Chevrolet LT1, the M6GT could do 0 to 100mph in about 8 seconds and topped out at around 160mph. 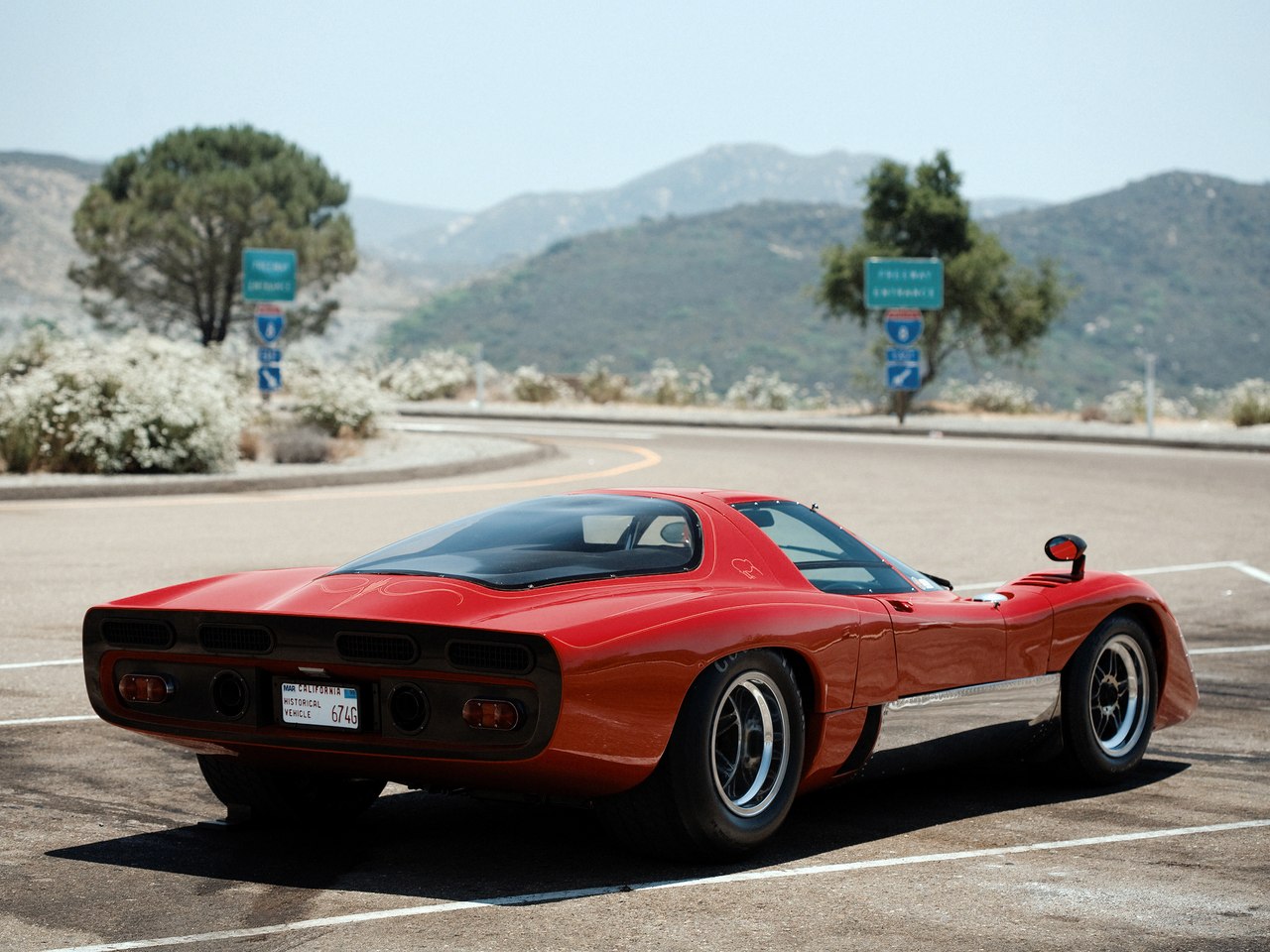 Bruce’s personal M6GT, “OBH 500H,” finished in red, is the only prototype completed entirely by Bruce McLaren and his team. The other two (or possibly three) prototypes were built by Trojan-Lambretta, the company to which McLaren outsourced the building of his customer’s racing cars.

It was rumored the M6GT was making headway in terms of becoming a fully-fledged road car in the early 1970s. Trojan had 50 M6GT bodies in the wings—reportedly first constructed to fool the FIA into homologating the vehicle for Group 4 Can-Am racing—and was in the process of evaluating the M6GT as a bonafide road car. These dreams came to a crashing halt, unfortunately, when Bruce McLaren was killed on June 2, 1970, testing a McLaren M8D Can-Am car at Goodwood.