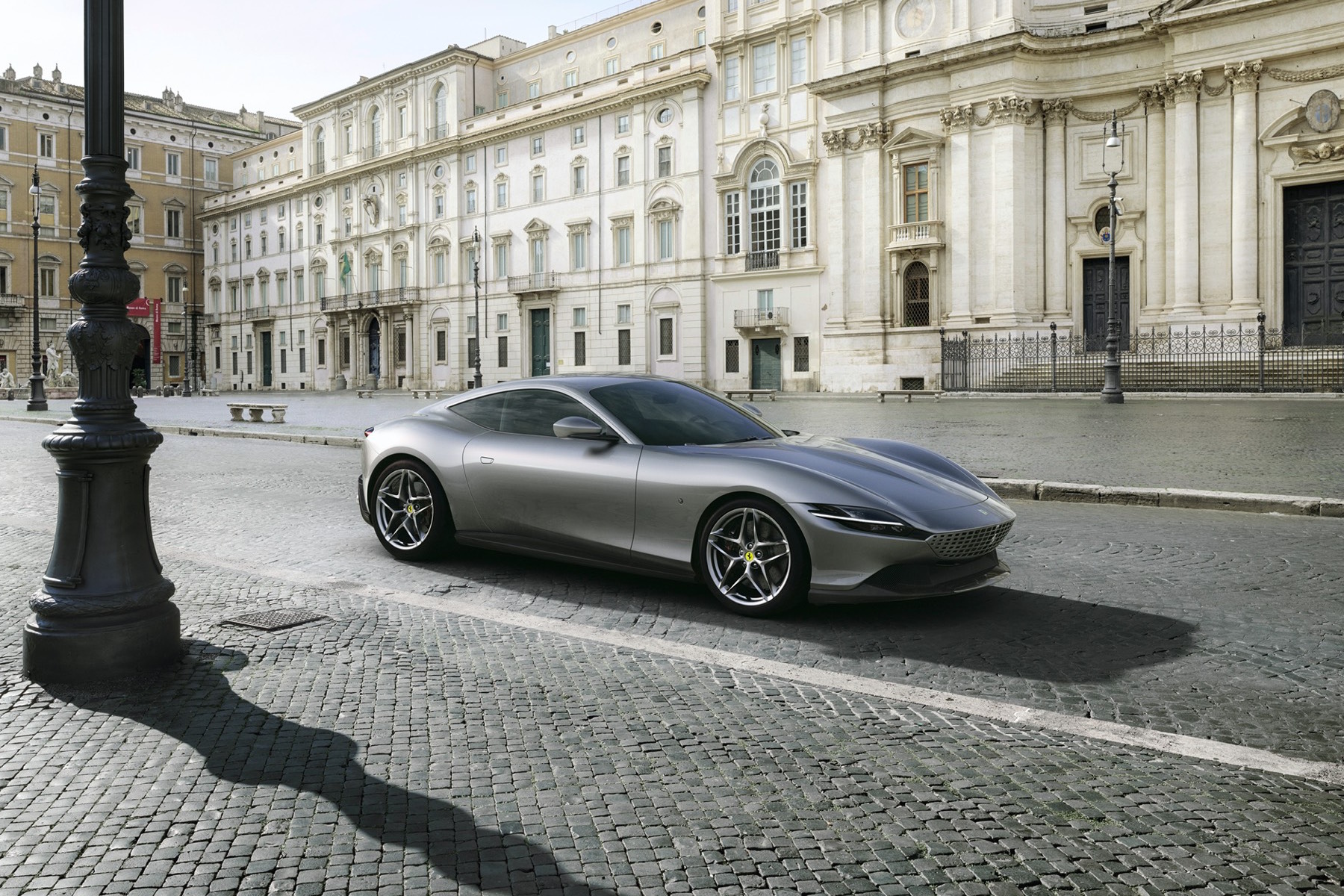 Now that the covers have been pulled back, we know the up-coming Ferrari Roma coupe is one beautiful car. While Ferrari is perhaps best known for its exotic two-seater hypercars, the Roma offers a more convenient 2+2 setup.

As for the styling, while Ferrari often turns heads with aggressive, aerodynamic-oriented design cues, the Roma appears to be something from a bygone era. The curves are sharp yet rounded all at once and the sleek profile draws your eyes in a more subtle way than most Ferraris. The interior is likewise luxurious but also subdued. 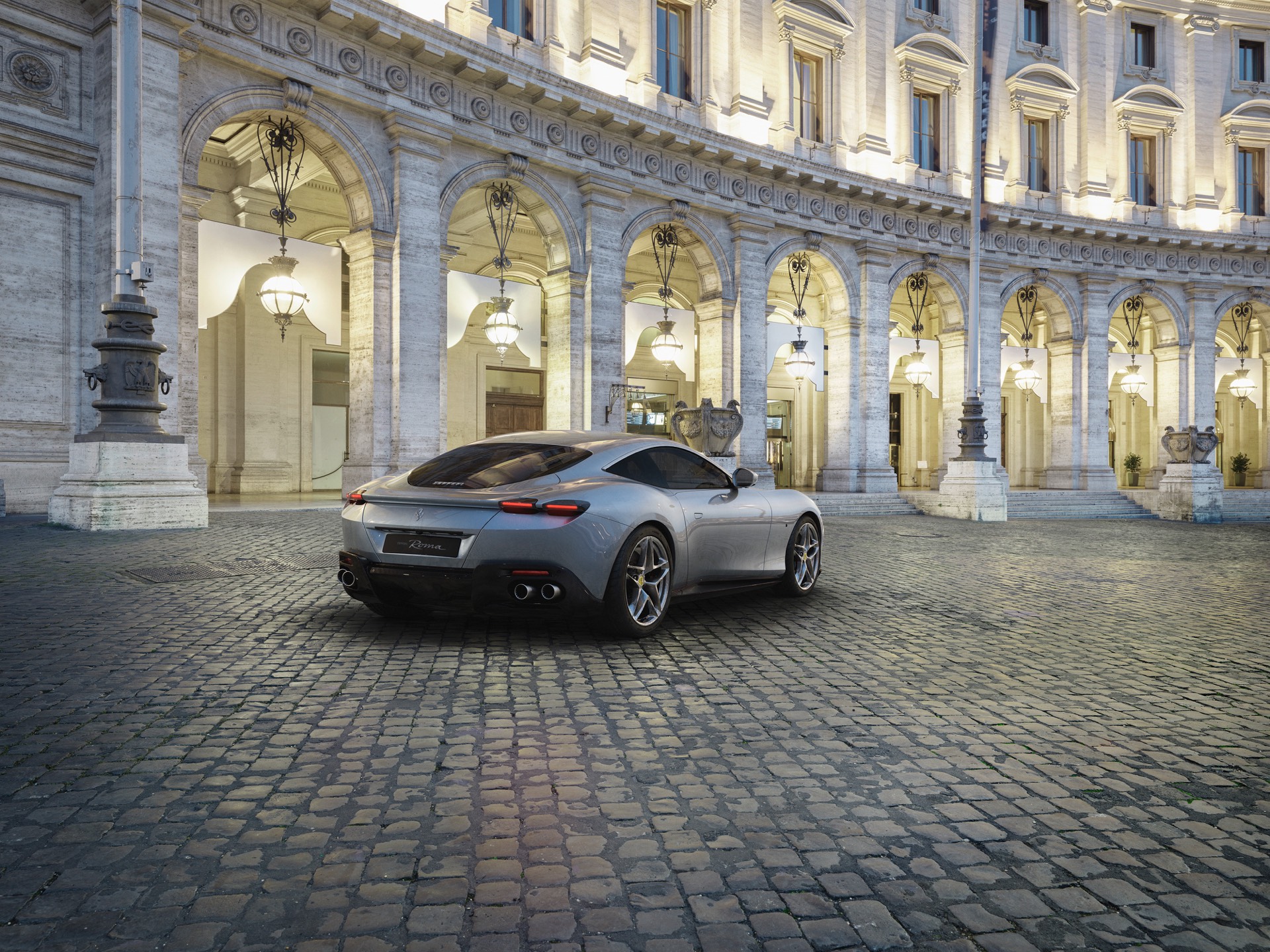 At first glance, you might not even realize you’re looking at a brand-new Ferrari. The sleek front end might remind some of a classic Stingray Corvette while the short rear end could be found on just about any sports car. Don’t take the seemingly “common” design philosophy as pedestrian. All the subtle parts add up to a truly majestic whole.

Little is known about the Ferrari Roma. We do know that a 620 horsepower, 760 Nm of torque engine will be crammed in under the hood. That engine is expected to sit right in front of the driver, owing to the “mid-front engine” design. What that means in practice will be interesting. 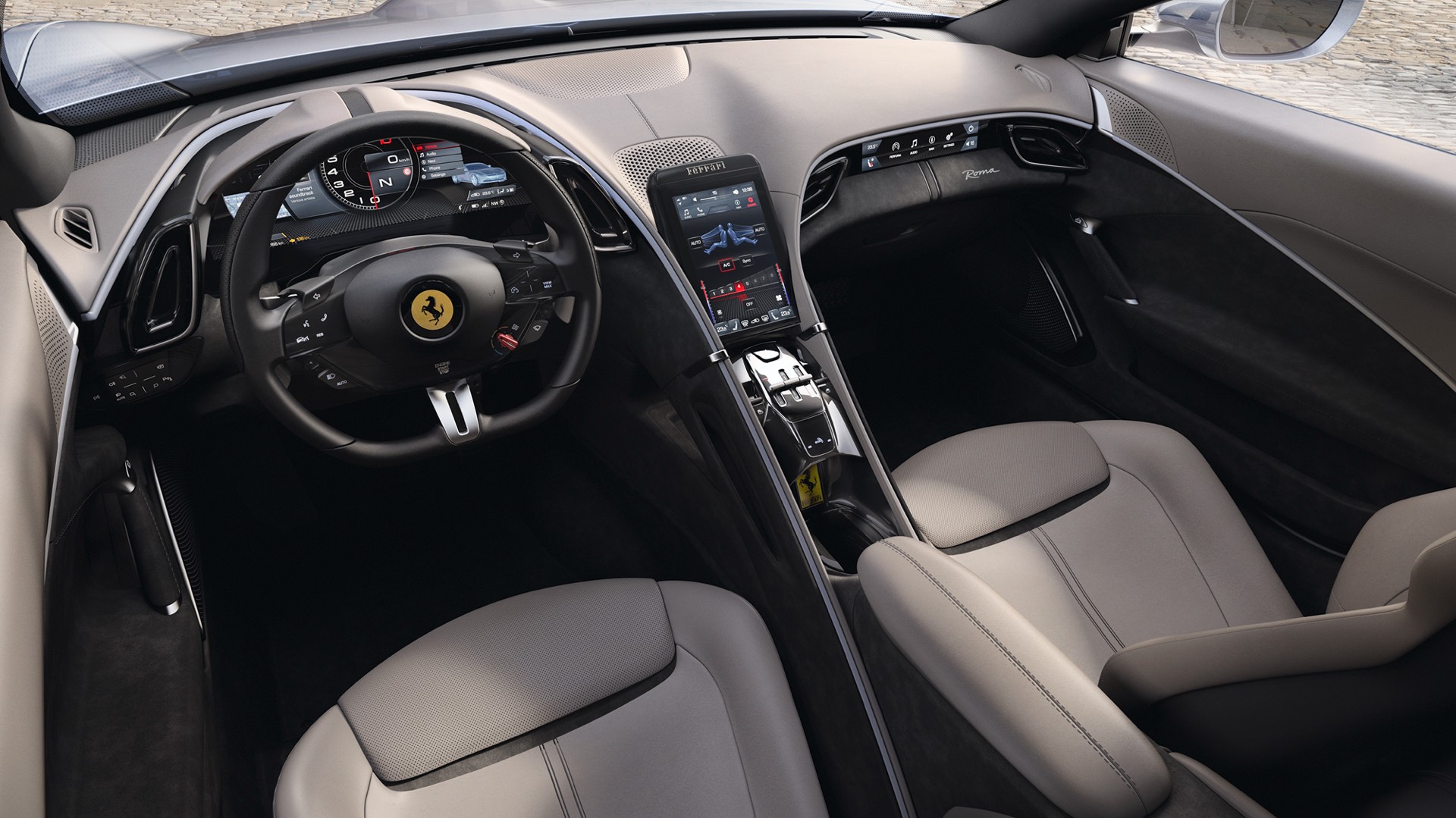 An official release date hasn’t been announced but expect the Roma to hit the road sooner rather than later. As for price, expect a base price of at least $220,000.