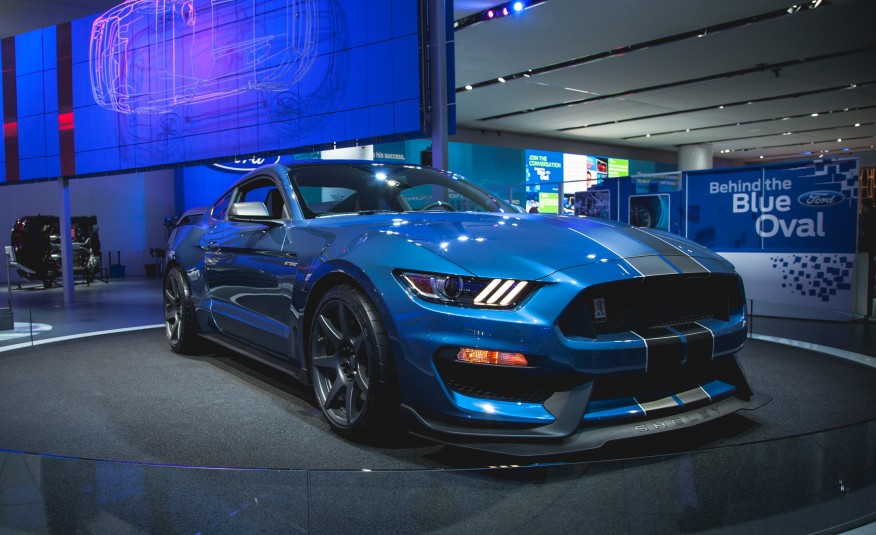 The age-old adage of a self-satisfied European enthusiast is that American cars simply cannot corner. For one, they’re too heavy and two, they lack any sort of modern, sophisticated suspension to put that excess of power effectively to the ground. Whether that be true or not, they’ve either had some effect on American automakers or the big three have realized that it’s time for improvement. With focused design principles, the Shelby GT350R leads the new spread of American supercars into the world arena.

Because Ford’s Mustang may be the most iconic of American sports cars, it should have always received the most attention when Chevy’s Corvette was the mid-range sports car that was pushed forward in recent years. With the last two generations of Corvette gaining praise in the worldwide automotive media, Ford may have realized the necessity to turn its pony car from a slightly bloated figurehead to a lithe, maneuverable warrior. 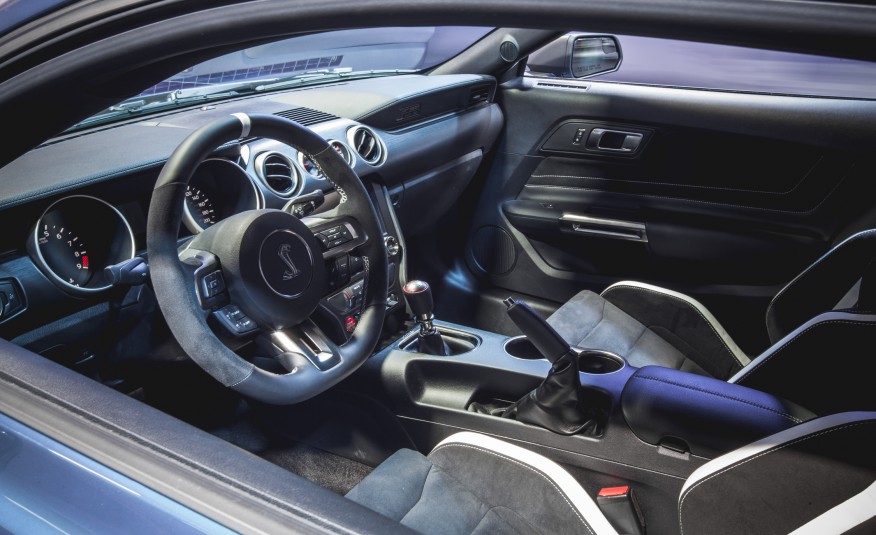 The new Shelby GT350R takes the newest Ford Mustang for sale, cuts weight, adds power and refines roadholding. What may be the most noticeable aspect of the car upon first sight is the wild bodywork, much of it made from carbon. In a respectable effort to put the old warhorse on a diet, the wheels themselves are made of carbon fiber as well. This spartan approach to performance removes air conditioning, rear seats and a radio. This is a striking augmentation because for as long as the Mustang has been, it’s always maintained a semblance of comfort and really was best suited for highway cruising – after all, it was a symbol of the American automobile culture in the sixties where the blacktop was your backyard. Taking the Elise-approach to finding performance represents a paradigm shift – even the Cobra R from a decade ago wasn’t this extreme. 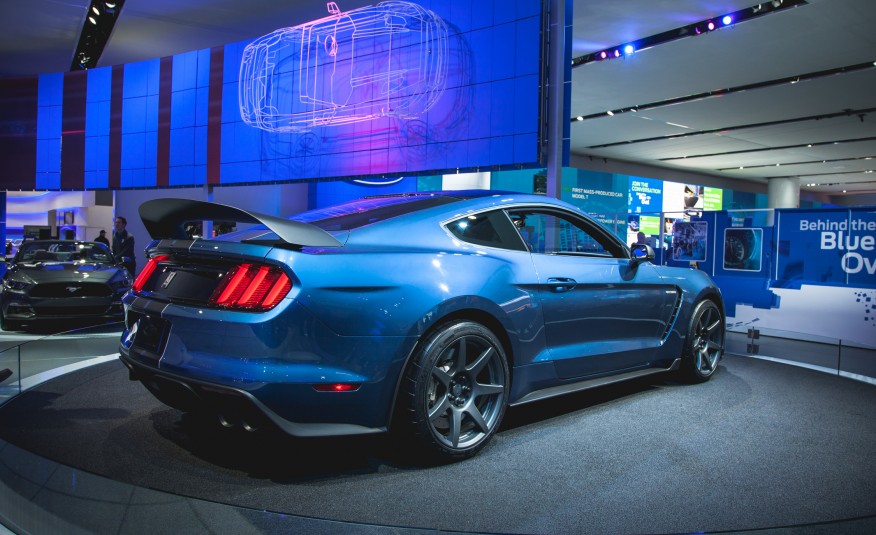 But this isn’t just a lightweight special, and it really isn’t that light by anything but Mustang standards. A brand-new, flat-plane 5.2 liter V8 pushes the 3,650 pound car down the road and I think that anyone interesting in volumetric efficiency will rejoice in the 526 horsepower and 429 pound-feet of torque this motor puts out. Take that, Viper fans. If your spirits are a bit low, take a few minutes to listen to this motor howl all the way to 8,250 rpm – a new record for road-going Mustangs. 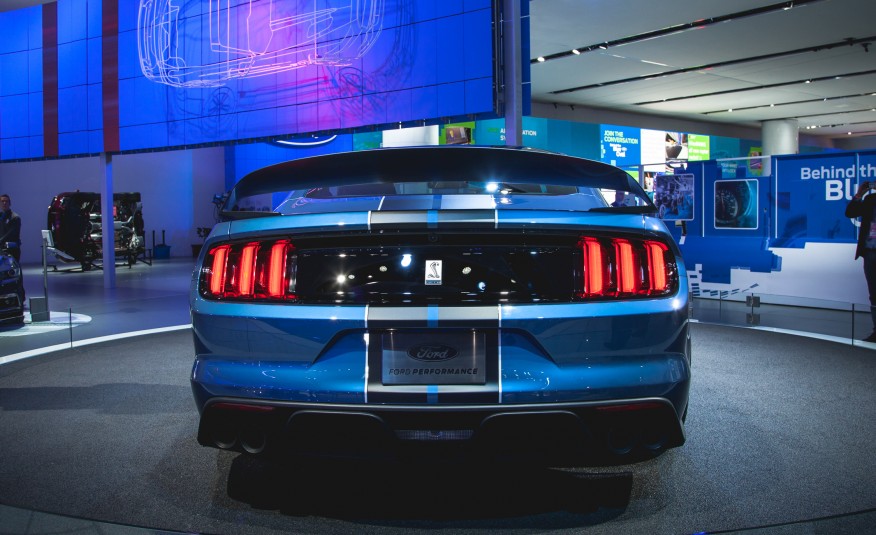 Usually that would be enough to convince even the most biased, but there’s still more. The advanced MagneRide dampers readjust every 20 milliseconds, the spring rates and the sway bars are repurposed for the track-oriented nature and the front and rear ends are adorned with attention-grabbing spoilers, which stand proudly off the edges of the car. Combine these aero pieces with a low-slung stance and the GT350R becomes the most aggressive-looking Mustang I’ve ever seen. Without a doubt this car is a step forward in terms of sophistication, but on another hand, it’s also a spartan approach to building a Mustang. Whether this turns out to be a success or merely an engineering exercise is an interesting question, as it defies being easily categorized. In any event, it’s a small-batch product that will probably work well considering how there’s always been a contingent of Mustang owners hoping for a – excuse the pun – thoroughbred like this one.

Ford Mustang For Sale By Owner