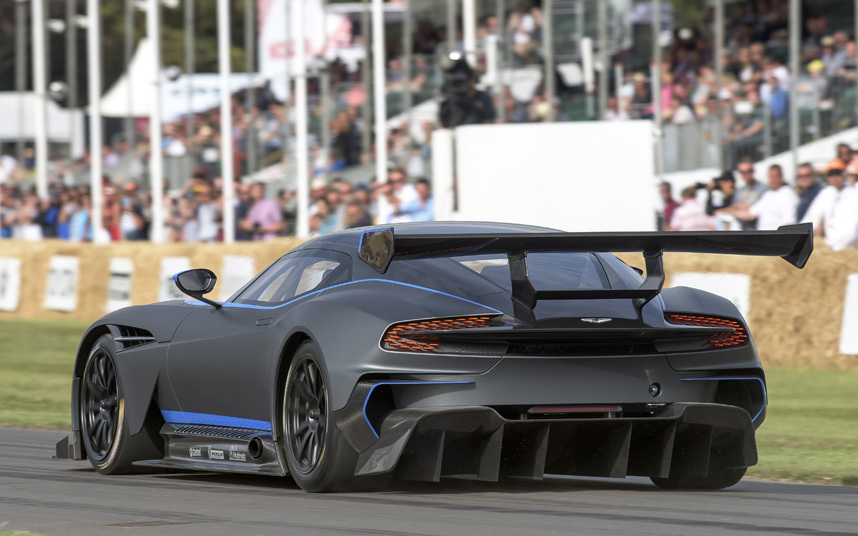 Those who had the good fortune to attend the Goodwood Festival this year or have watched Goodwood’s YouTube channel may have stumbled upon the all-too-brief run of the new Aston Martin Vulcan. The driver, British GT champion Darren Turner have the fans a hell of a show as he vaporized a set of rear tires with the Vulcan’s seven liter V12.

Though that classic twelve-cylinder howl was sure to have sent shivers up the spines of every spectator, it was the classic, long-hood silhouette – so unmistakably Aston Martin – that captured the audience’s attention. The striking, antiquated proportions – namely, the long hood and short rear end – has been blended seamlessly with space-age design. The low-mounted headlights look reminiscent of those found on the Audi R8 for sale, albeit these ones take the styling cake. 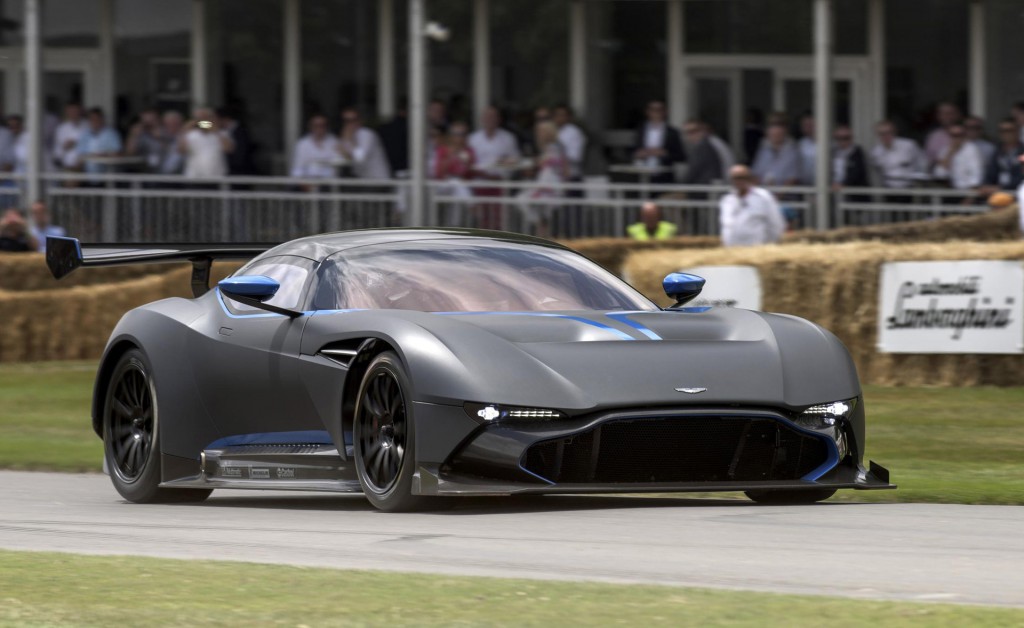 As with any Aston Martin for sale, a clean, stylish appearance is important but make no mistake – this car was designed to be quick on a racing circuit. With more than 800 horsepower on tap, this car’s power-to-weight ratio exceeds that of the current GTE cars in the World Endurance Championship series. Clearly, this car is no slouch. While it isn’t the smallest car, the Vulcan utilizes a carbon fiber monocoque to keep the weight down and rigidity high.

Any concerns about weight should be offset by the huge carbon ceramic brakes, which measure 380mm in diameter at the front and 360mm at the rear. To ensure an optimized weight distribution, the six-speed sequential racing gearbox is mounted at the rear and coupled with a magnesium torque tube. Clearly, Aston Martin’s success in motorsport has been funneled into the development of this car and understandably, those who have the 2.3 million dollars needed to buy it will need some skills to harness its performance. 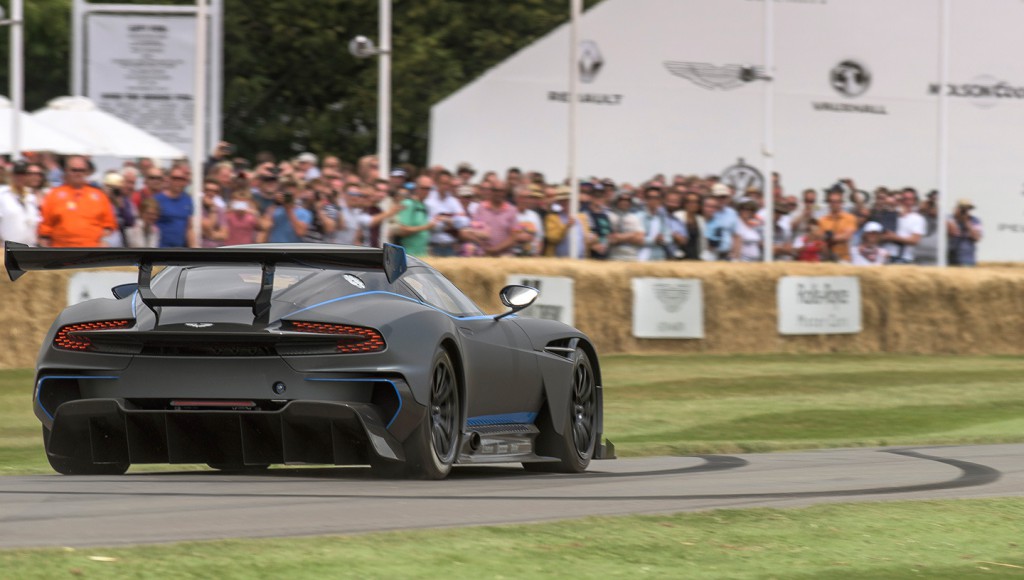 Thankfully, any Vulcan owner is given the option to enroll in a specialized driver-training program headed by Darren Turner. This rigorous course will teach ambitious drivers how to drive quickly and safely around a track while getting to sample some of Aston’s best examples, including the One-77 and V12 Vantage S road cars as well as the Vantage GT4 racing car. This progression should offer a challenging learning curve that won’t overwhelm those who aren’t familiar with the demands of a purpose-built racing car.

With only 24 examples being sold to the public, it’s safe to say they’ve already been ordered by the small group of billionaires with low-boredom thresholds. So dream away – they’ve already been taken. However, you can color your fantasies with the realization that any color, any texture and any fabric is an option when custom ordering the Aston Martin Vulcan for sale. Therefore, if the quintessential green-and-tan color scheme doesn’t quite do it, polka dots are always an option.