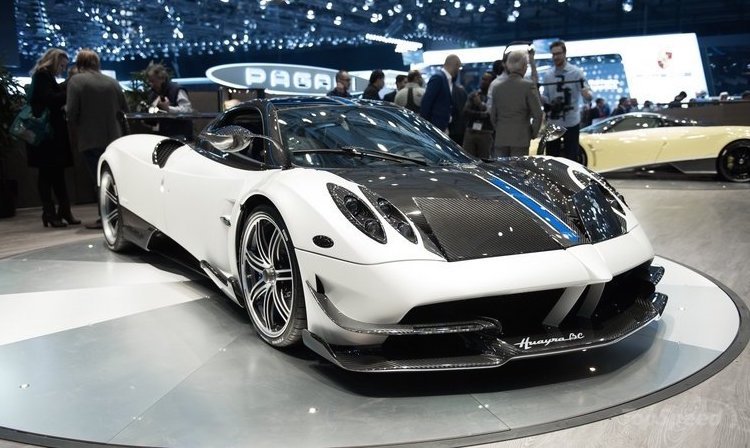 The annual Geneva Motor Show might be called the Oscars of the automotive industry, and among the beautiful starlets gracing the floor of the Geneva Palexpo this past week, one in particular had the paparazzi swarming: the Pagani Huayra BC.

Inspired by the Zonda Cinque and Zonda R—track-focused derivatives of the Zonda coupe—the Huayra BC features so many innovative changes in its quest for all-out performance that it might as well be considered a whole new model. According to Pagani’s press team, it should, at the least, not be known as a “restyled” Huayra coupe. 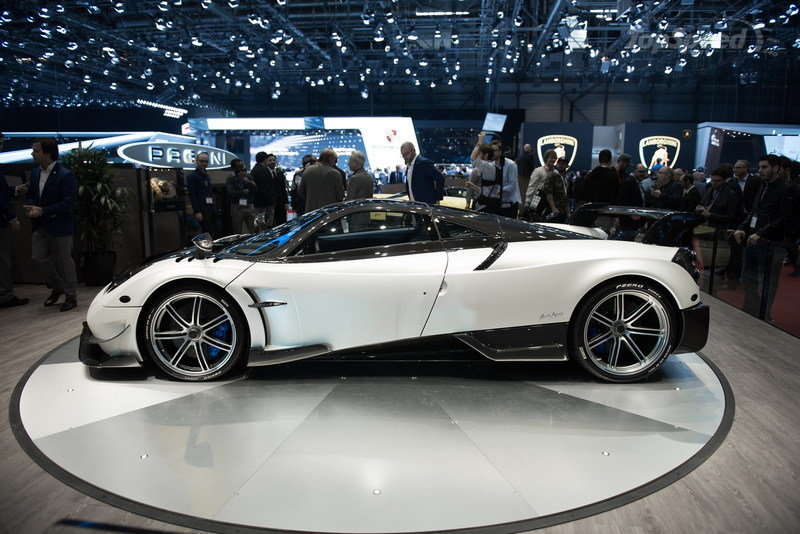 The BC begins with Pagani’s proprietary carbo-titanium monocoque chassis, sandwiched between steel tube frames in the front and rear, the latter of which bolts to a 6.0-liter bi-turbo Mercedes-Benz AMG V12, estimated to produce around 800-hp and 811-ft lbs.

Power is sent through a 7-speed AMT (automated Manual Transmission), developed by Xtrac, and is said to be an all-new design according to Pagani. Carbon fiber synchros are a new addition, which are said to increase the precision of gear engagement and reduce shift times. Weight saving measures in both the gearbox and new electronic active differential make this particular single clutch setup weigh an estimated 40% less than would a similar dual clutch transmission.

Horacio Pagani and his team will do anything to keep the pounds off: the Huayra BC weighs an almost unbelievable 2,685 lbs—almost 300 lbs. less than a standard Huayra. To shave 300 lbs of an already spartan car means having to source exotic materials like HiForg, a lightweight aeronautic aluminum alloy, which the suspension components are forged from and fit brake calipers with so much material shaved off you can see outlines of the individual pistons running through the center. 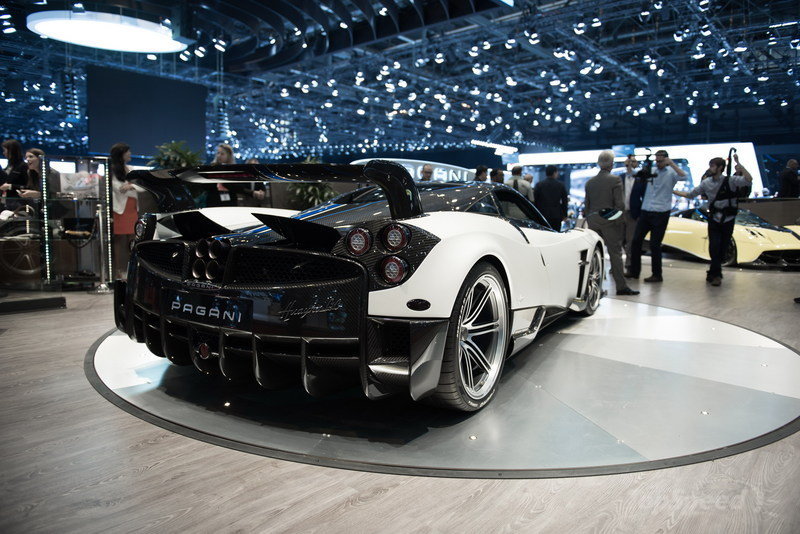 While your inner nerd geeks out on the physics-defying Brembo calipers, you might notice in your peripheral vision the Huayra BC’s bespoke Pirelli P Zero Corsas, in a 225/30/ZR20 & 355/25/ZR21 configuration. They feature a Formula One inspired asymmetric tread pattern and actually use a new polymer and structural design to improve grip and reduce weight. You can also opt for a track-only wheel/tire setup, sized down 1” all around, shod in Pirelli P Zero Trofeo R tires, which promise lateral acceleration up to 2G.

The late Benny Caiola, whom which the Pagani Huayra BC is named after and dedicated to, was a native of Sicily and the first ever Pagani customer. Benny was visibly an important part of Horacio Pagani’s life, and not just as a customer, but as a mentor. And the dedication of the Huayra BC by Horacio Pagani to his late pal, the intense dedication to weight savings and artisanship, it’s easy to lose sight of these things behind the Huayra BC’s headline grabbing price tag and media hoopla. But it’s the sentiment and emotion behind Pagani’s vehicles which I feel sets them apart and makes them truly special.

And at least 20 really rich people, I guess, feel the the same way, as all 20 planned units are already sold, at an estimated USD price of $2.5 million. If you missed out, the BC Roadster is on its way, price yet unavailable.