Ferrari, as a manufacturer, have always been known for their no-frills, competitive approach towards everything that they do, passed down from their beginnings as a scuderia. The big boss, Enzo, never really took lightly to losing—especially in racing—and to outsiders, it sometimes appeared that even the loss of human life was not a good enough reason to finish 2nd. Although by the 1980s the death of racing drivers had slowed down somewhat, it was still dangerous to compete in motorsport at the top level, as proven by the almost uncontrollable class of FIA Group B rally cars, which became banned after the death of Henri Toivonen and his co-driver Sergio Cresto in 1986.

Ferrari Builds a Car to Compete in FIA Group B 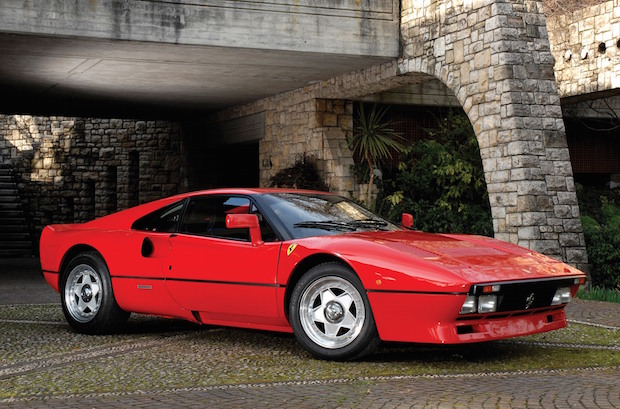 The 288 Gran Turismo Omologato (GTO) was commissioned by Enzo to compete in the FIA Group B class, in which also resided the now infamous Porsche 959. Omologato is Italian for “homologated,” meaning that a certain number of road-going versions of its Group B entry, the 288 GTO, needed to be produced and sold in order to legally compete—in this case a minimum of 200 cars.

With the death of Toivonen and Cresto, Group B was declared too dangerous and was disbanded, thus the 288 GTO never had a chance to actually compete. It did, however, give 272 individuals a chance to own the first unofficial Ferrari “supercar,” proceeded by the Ferrari F40 with the F50 to follow.

Similar to the 308 GTB in Resemblance Only 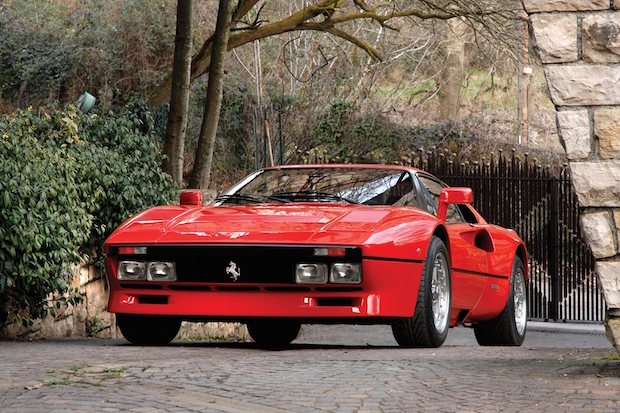 Although the 288 GTO very closely resembles the Ferrari 308 GTB, it is almost an entirely different car with a shorter height, wider track and longer wheelbase. Its 2.8-liter twin-turbocharged V8 engine is mounted longitudinally, rather than transversely as in the 308 GTB, and its chassis begins with a steel frame, rather than unibody construction.

Extensive use of lightweight materials in the 288 GTO also serve to emphasis its purpose-built existence as a racing car. Kevlar was used in the construction of the roof, lower front spoiler and rear valence; Kevlar-lined aluminum, and more Kevlar mixed with Nomex enclosed the engine compartment to protect the cabin from a possible fire.

At the heart of the 288 GTO is its fore-aft mounted V8, configured as to be able to fit its twin IHI turbochargers—producing 11.3 pounds of boost—and associated manifolds and intercoolers. The maximum displacement allowed for Group B was 4 liters, but turbocharged vehicles had their base displacement multiplied by a ratio of 1.4, which is why the GTO’s engine displaces 2855cc. With a 7.6:1 compression ratio and an 80mm x 70mm bore/stroke, the V8 produced an even 400-hp at 7,000rpm and 366-lbs ft. of torque at 3,800rpm, enough to propel the very light 2,557 lb. Ferrari to over 300km/h, a first for a street-legal production vehicle.

Examples Now Going for Over $2 Million 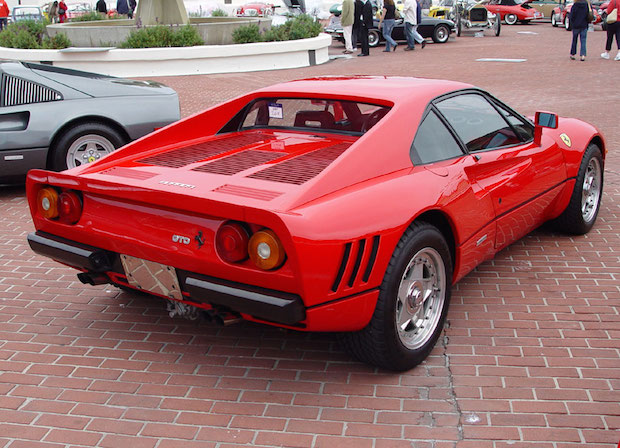 Only around 30 examples currently reside in the US, presumably all finished in Rosso Corsa as it was the only color ever offered for the 288. Last month, a 1985 model year sold for $2.4 million at Monterey Car Week, and earlier in 2015 another 1985 model year example fetched roughly $2.1 million (after conversion from Euro) at Villa Erba.

As a Ferrari fan, I can’t say there are many Ferrari’s I don’t appreciate, but as you can see by the 288 GTO’s rapidly climbing value, some are certainly more desirable than others, and for good reason. Collectors pay attention when they hear about this model Ferrari for sale.