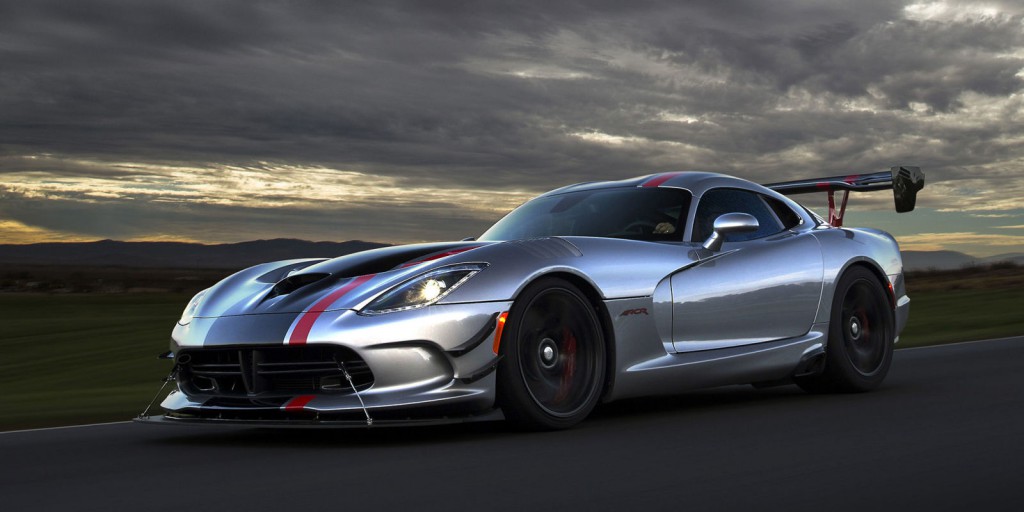 Dodge is finally bringing back its high-performance Viper ACR coupe for 2016 — set to be the fastest street-legal Viper Track Car Ever — according to the automaker, and will likely go head-to-head with competitors such as the Audi R8,  Nissan GT-R and Ford Mustang Shelby GT500.

It’s been quite a few years since we’ve seen one of the brand’s beastly track-ready American Club Racer supercars. The last generation ACR disappeared after the 2010 model year, but not before leaving its mark —  a 7:12.13 Nürburgring lap time — beat only by the Nissan GT-R Nismo and Porsche 918 Spyder, based on news from Motor Authority. 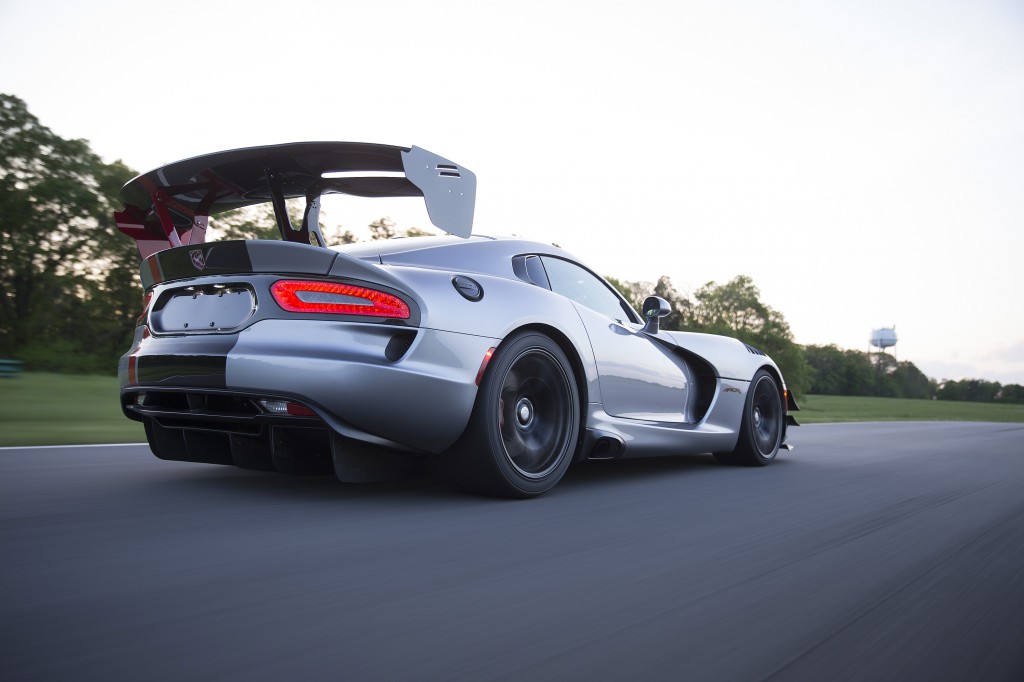 That was before a new version of the iconic Viper ACR was revealed at the Conner Avenue Assembly Plant in Detroit last month, and still years before the automaker unveiled its concept at the SEMA show in 2014. However, Snake fans can finally rejoice, as a 2016 Dodge Viper ACR has not only been confirmed, but is set to go on sale in the third quarter of the year. 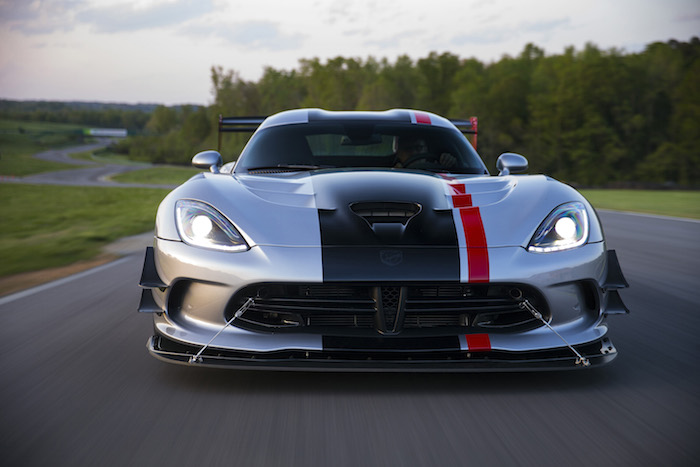 The new model draws its power from an 8.4-liter V-10 pushing a whopping 645 horsepower and 600 pound-feet of torque — the same as its other Viper siblings — linked to a Tremec six-speed manual gearbox. Motor Authority says the brand is focusing on the car’s aerodynamics, brakes and tires rather than boosting its total engine output, which would explain the vehicle’s ability to produce nearly one-ton (or 2,000 pounds) of downforce at a top speed of 177 miles-per-hour, or the fact that it’s capable of sustaining more than 1.5 g on high-speed turns. Both achievements are due fully or in part to the company’s optional Extreme Aero Package — a late availability — that pretties up the Viper with features such as an adjustable two-element rear wing, rear carbon fiber diffuser, removable hood louvers, a detachable front splitter and four dive planes. 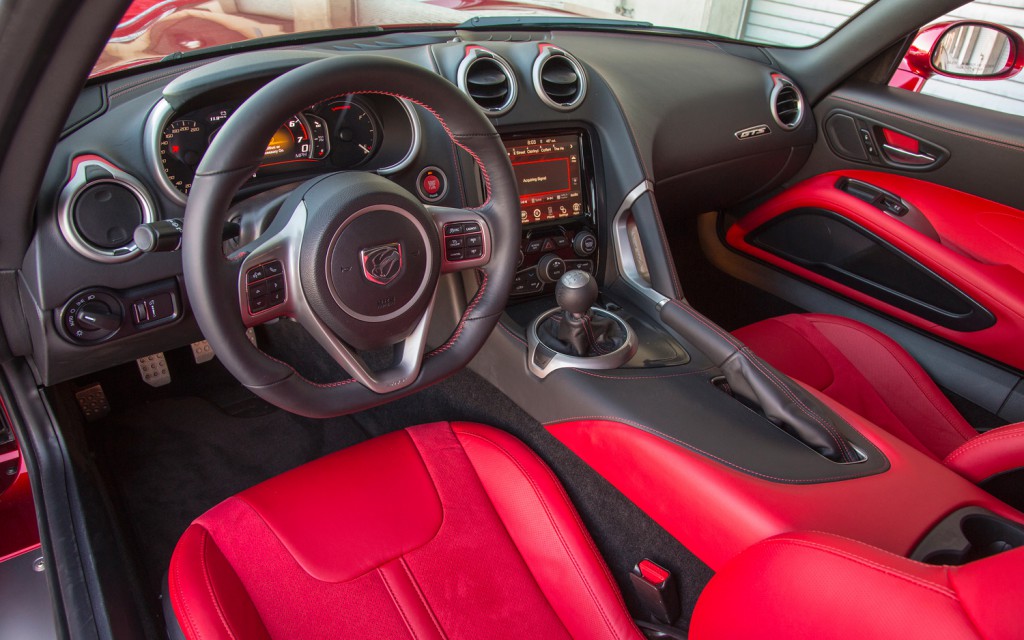 And if you’re wondering about the coupe’s other goodies, the 2016 Dodge Viper ACR also sports Kumho Ecsta V720 high-performance tires that help make the car 1.5 seconds faster on the track, an electronic stability control system with Full-on, Sport, Track, Rain, and Full-off modes, an instrument panel cluster hood, and the interior features Alcantara suede with a choice of silver or Header Red accent stitching.

Expect the ultimate Dodge Viper for sale to be a real charmer on and off track. It’s starting price? — $117,895.