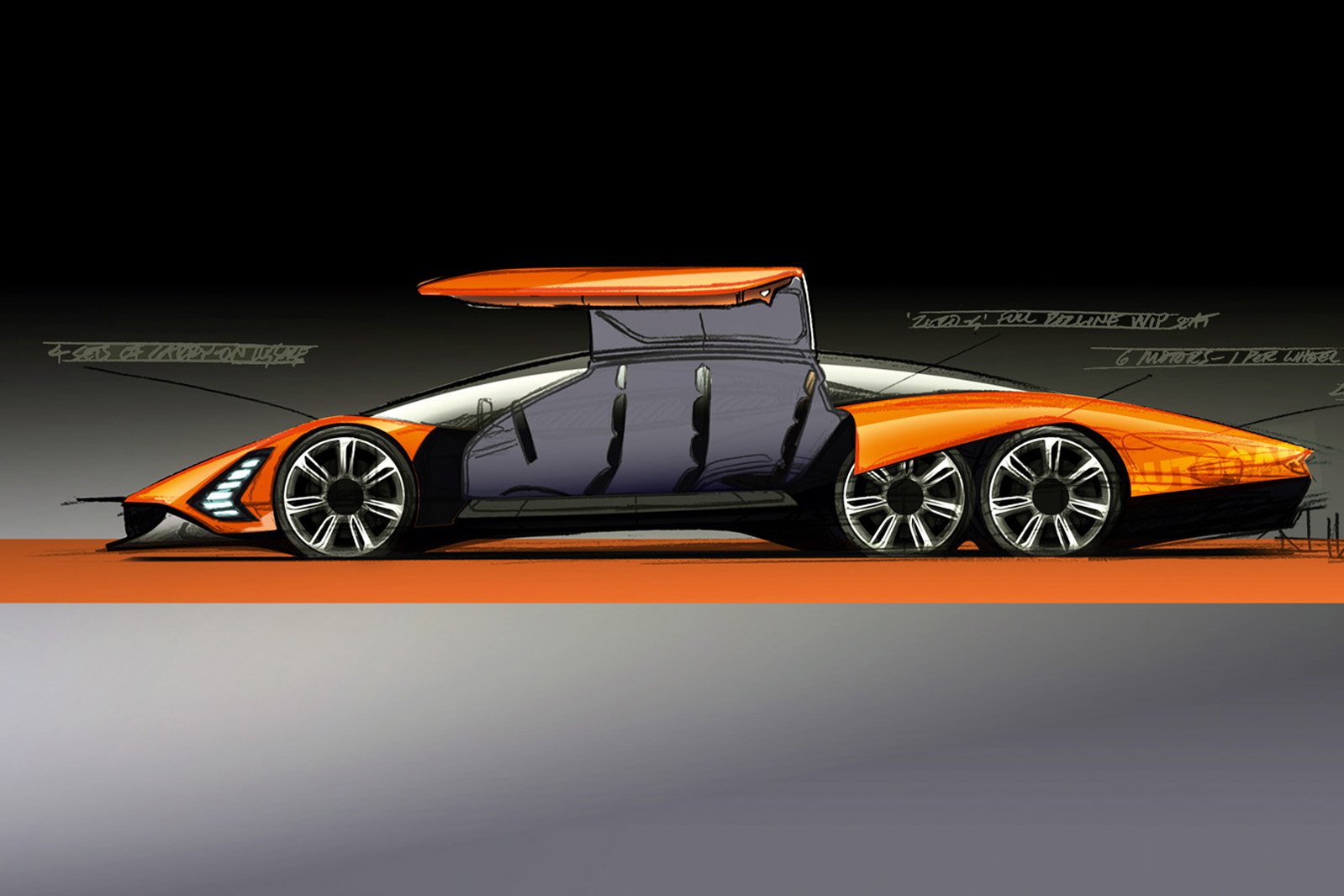 Nearly every car and most trucks have four wheels. It’s the natural order of things. Then again, evolution sometimes comes along and upsets the natural order. Hennessey is looking to build the fastest four-seater ever, and one equipped with six wheels and an all-electric drive train cranking out 2,400 or more horsepower.

Hennessey already offers some six wheel trucks. These are typically modded vehicles from other manufacturers, such as Ford.

Design-wise, not much is known about the four-seater yet and so far we’ve only got a few basic design sketches to go on. Early sketches suggest that the six-wheeler will feature two sets of wheels in back, trailing behind one set of wheels upfront. 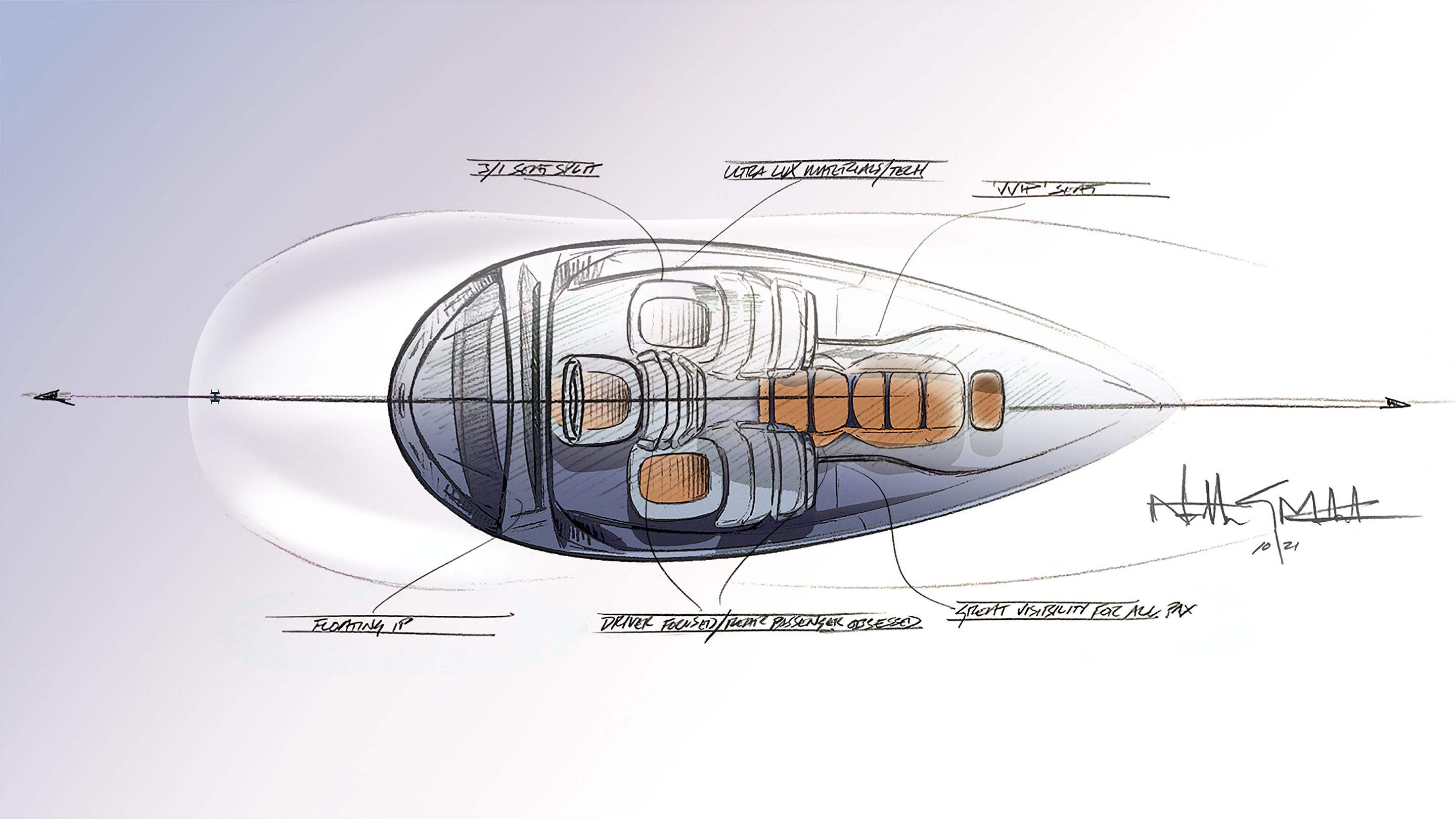 Six wheels aren’t the only oddity with this Hennessey wonder. When you think of four-seater, you probably think two up front and two in the back. This Hennessey six-wheeler is expected to instead use a diamond design.

One person will sit up front, behind the steering wheel in the center of the car. Two more people will sit behind and to the left and right of the driver. One more person can sit behind these two. The result is a diamond. The current McLaren F1 features a similar three-seater design.

As for the power train, the diamond six-wheeler is expected to crank out 2,400 horsepower, likely through multiple electric motors, perhaps with one for each wheel. The six wheels will be used to add more traction and to stabilize driving.

Right now, the Hennessey six-wheeler appears to be on track to enter production. The company is looking to start production by 2026 with a starting price of at least $3 million expected.

10 Most Anticipated Exotic Cars Coming in 2021