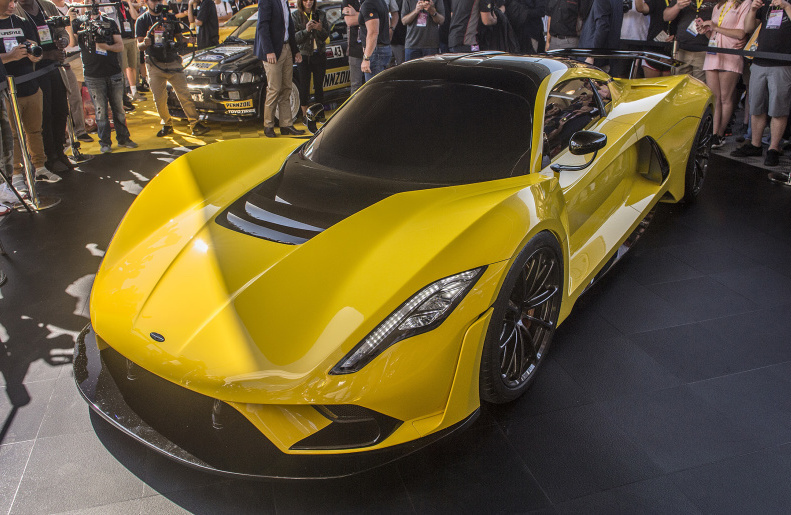 If Hennessey has his way, the upcoming Venom F5 will break the 300 mile per hour barrier using an 8.0 liter twin-turbo V8, making it the fastest conventional engine powered production car ever. Currently, the Koenigsegg Agera RS is considered the world’s fastest production car, topping out at 277.87 MPH.

Hennessey founder and CEO John Hennessey recently told “Top Gear” that he expects the V8 engine to pump out more than 1,600 horse power. Even with those numbers, John Hennessey is apparently considering slapping more turbos and squeezing a bit of extra power out of the engine. Either way, the Venom F5 promises to be one of the fastest cars in the world. 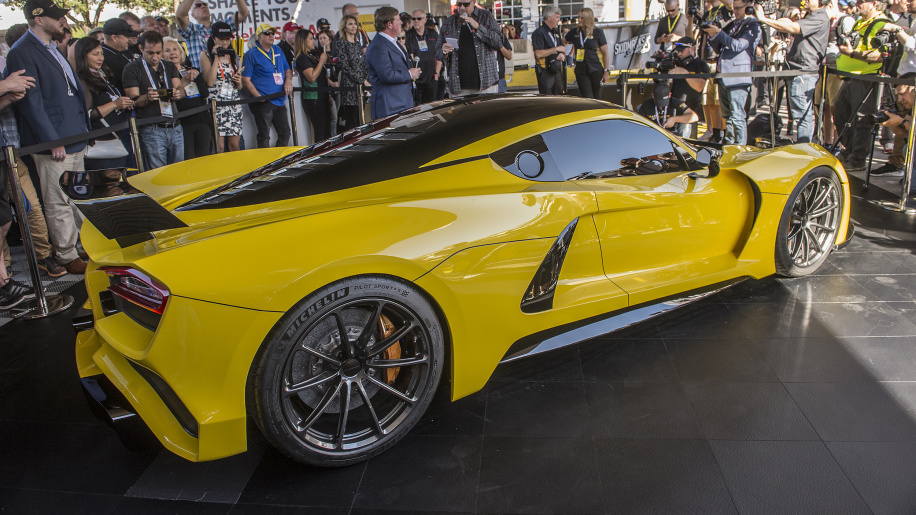 Of course, when it comes to breaking speed barriers, it’s not just about horsepower. A lot of other things go into making the world’s fastest car. For example, how do you keep those wheels on the ground? Once a car gets going fast enough, it could literally fly off the road. How do you balance weight, spoiler down-force, tire grip, and everything else?

On top of that, how do you calibrate the transmission? Many hypercar designers and manufacturers spend as much time on transmissions as they do on their engines. When designing a transmission, you’ll use different approaches if you’re looking to hit 60 miles per hour in a certain time or conversely are looking to hit a high maximum speed. 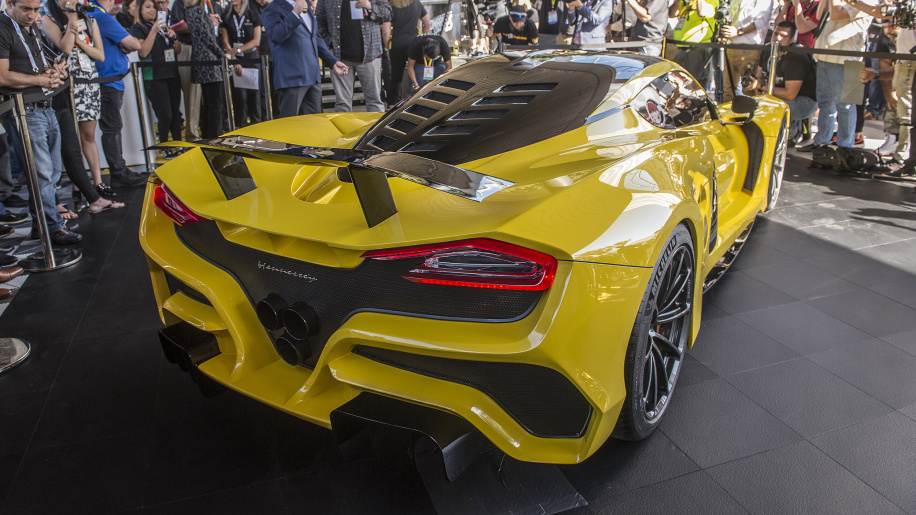 When it comes to building the world’s fastest car, there are a lot of considerations. All of those considerations are going to go into the Hennessey Venom F5.

Hennessey Venom F5 is a Major Dose of Raw Power