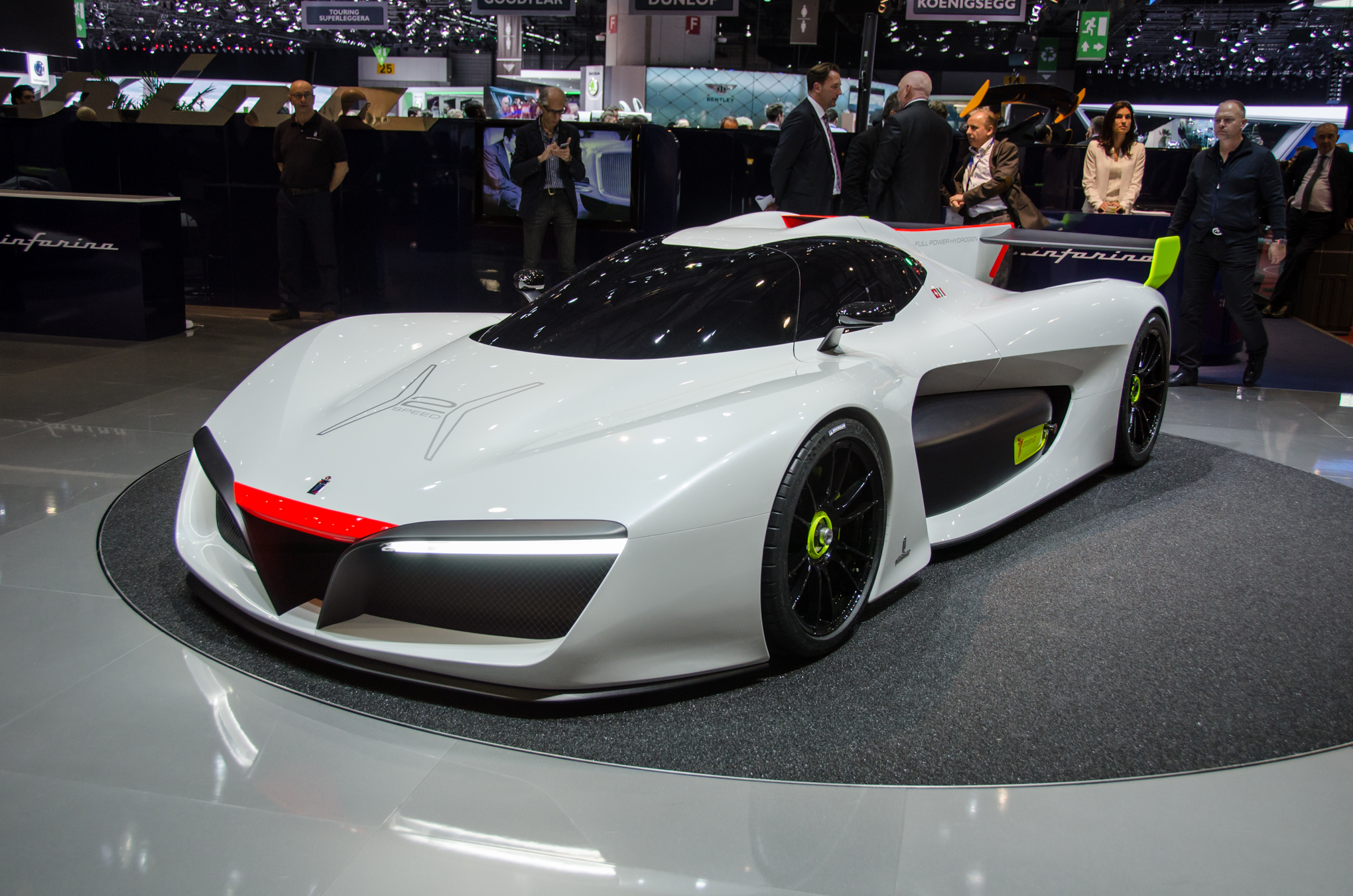 Last week, the Pininfarina H2 Speed Concept made its world debut alongside several other notable models at the 2016 Geneva Motor Show. The vehicle slots somewhere between a racing car and production supercar—and according to the brand—is considered to be the “world’s first hydrogen, high performance car.”

The air and water-emitting concept model is powered by a lightweight hydrogen fuel cell—hence the H2 in its name. The technology comes from GreenGT: A Franco-Swiss company that’s been creating environmentally-friendly propulsion systems for the past eight years or so. 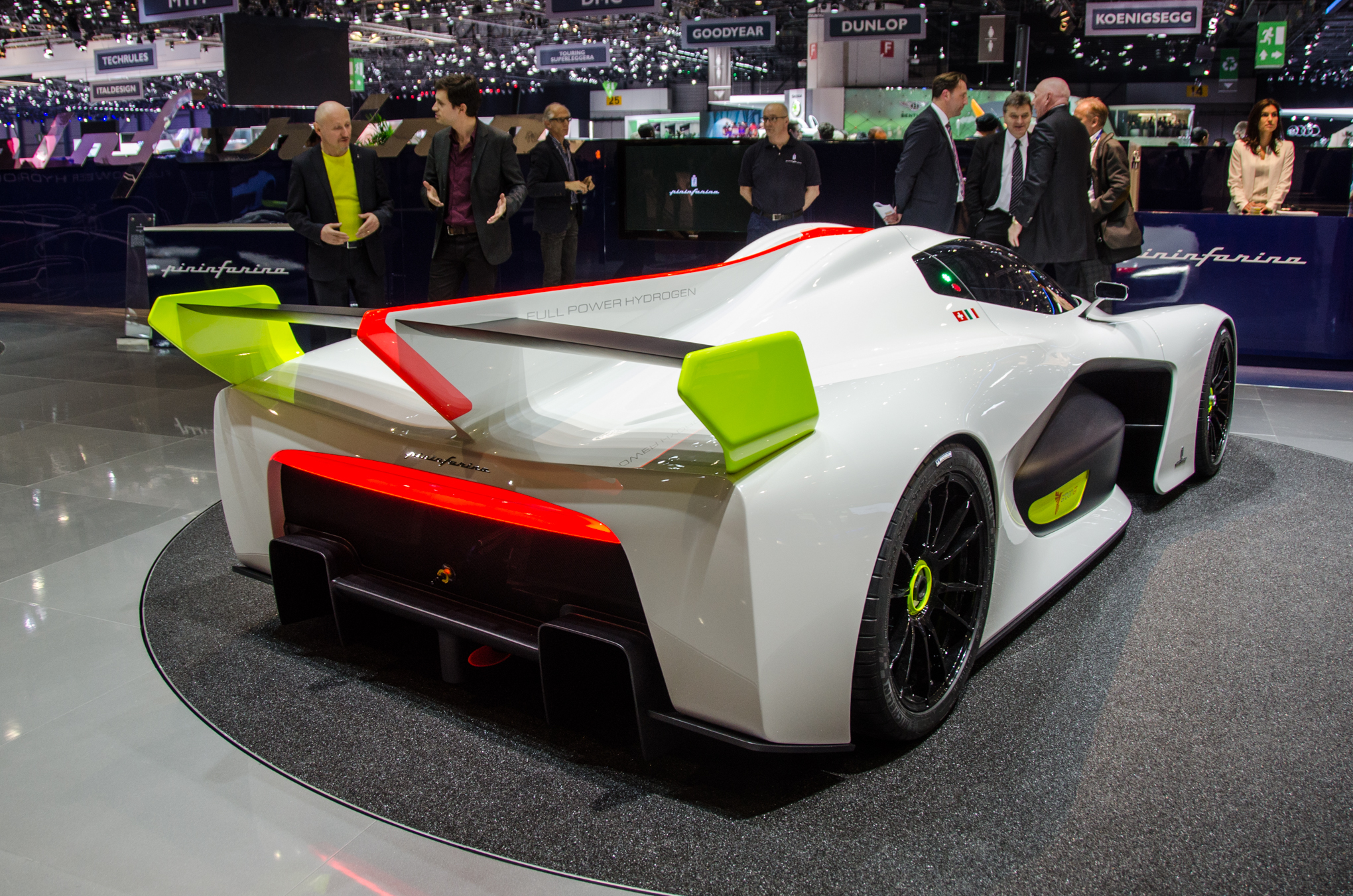 The new Pininfarina H2 Speed keeps with GreenGT’s clean and sustainable theme thanks to features like carbon brakes, a carbon chassis, and a regenerative energy braking system. The model is also exceptionally quiet for a high performance vehicle, with noise pollution down to appreciable levels. And unlike electric cars, which require hours of charge-time, filling-up the Pininfarina’s tank takes as little as three minutes.

Its green personality aside, the automaker says the model has undergone lots of track testing from GreenGT. The vehicle is aimed at speedsters with an eye for the brand’s design, and a preference for fancy cars with a limited number of production units. 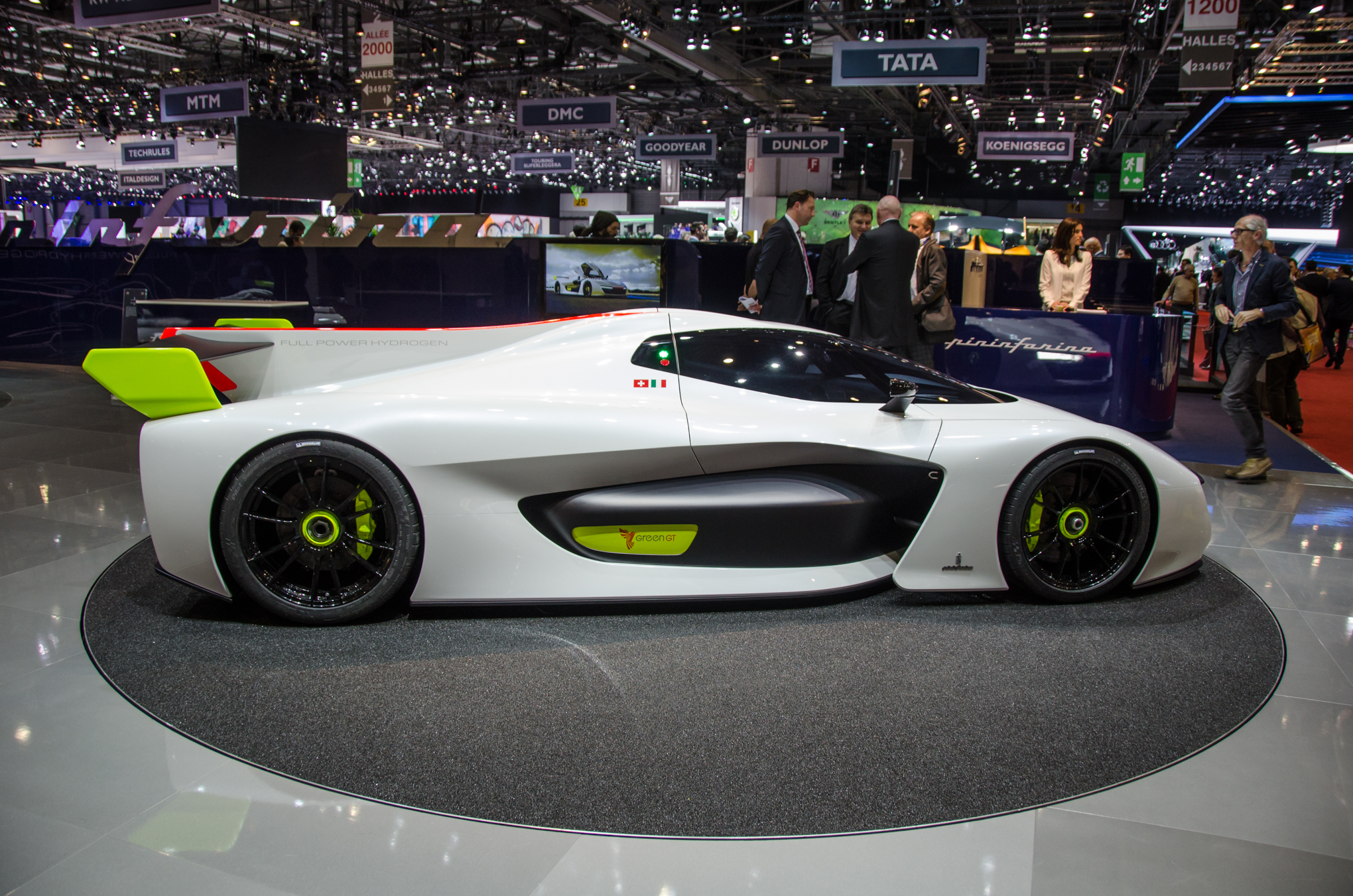 According to the carmaker’s press release, the “H2 Speed will appeal to passionate people who love speed, performance and innovation, and at the same time, are attracted by the exclusivity typical of a Pininfarina-designed vehicle produced in a limited series.”

The sleek and somewhat futuristic coupe is more than just a green option for supercar enthusiasts. With its lightweight features and two electric motors sending as much as 500 horsepower directly to the rear wheels (there’s no transmission: no gear-shifting and no clutch), the H2 Speed is capable of reaching the 62-mile per hour marker in 3.4 seconds. Its maximum speed is 186 mph. 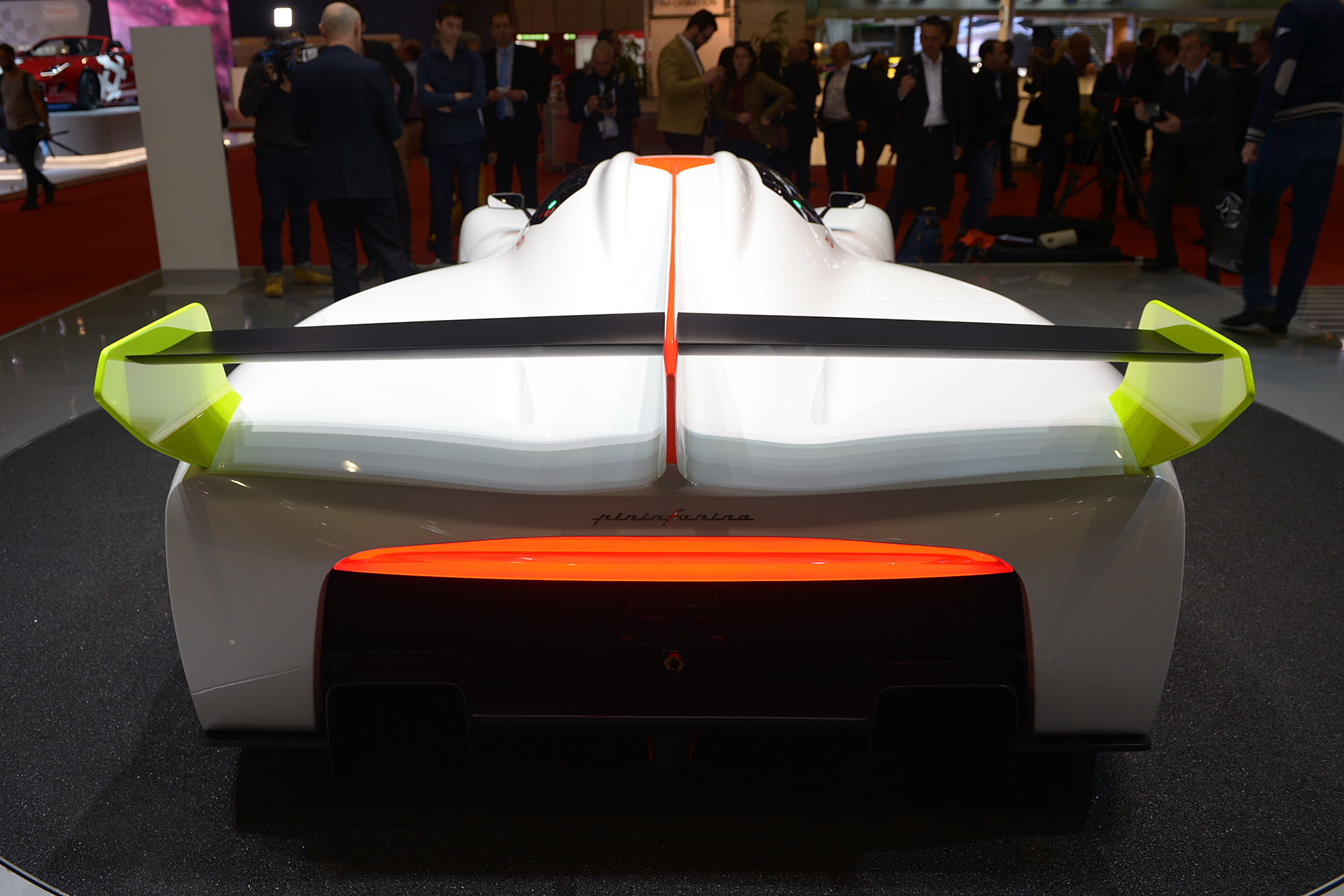 There’s no shortage of world premiere models at auto show, which runs from March 3-13 at the Geneva Palexpo in Switzerland. The 11-day event is currently open to the public.