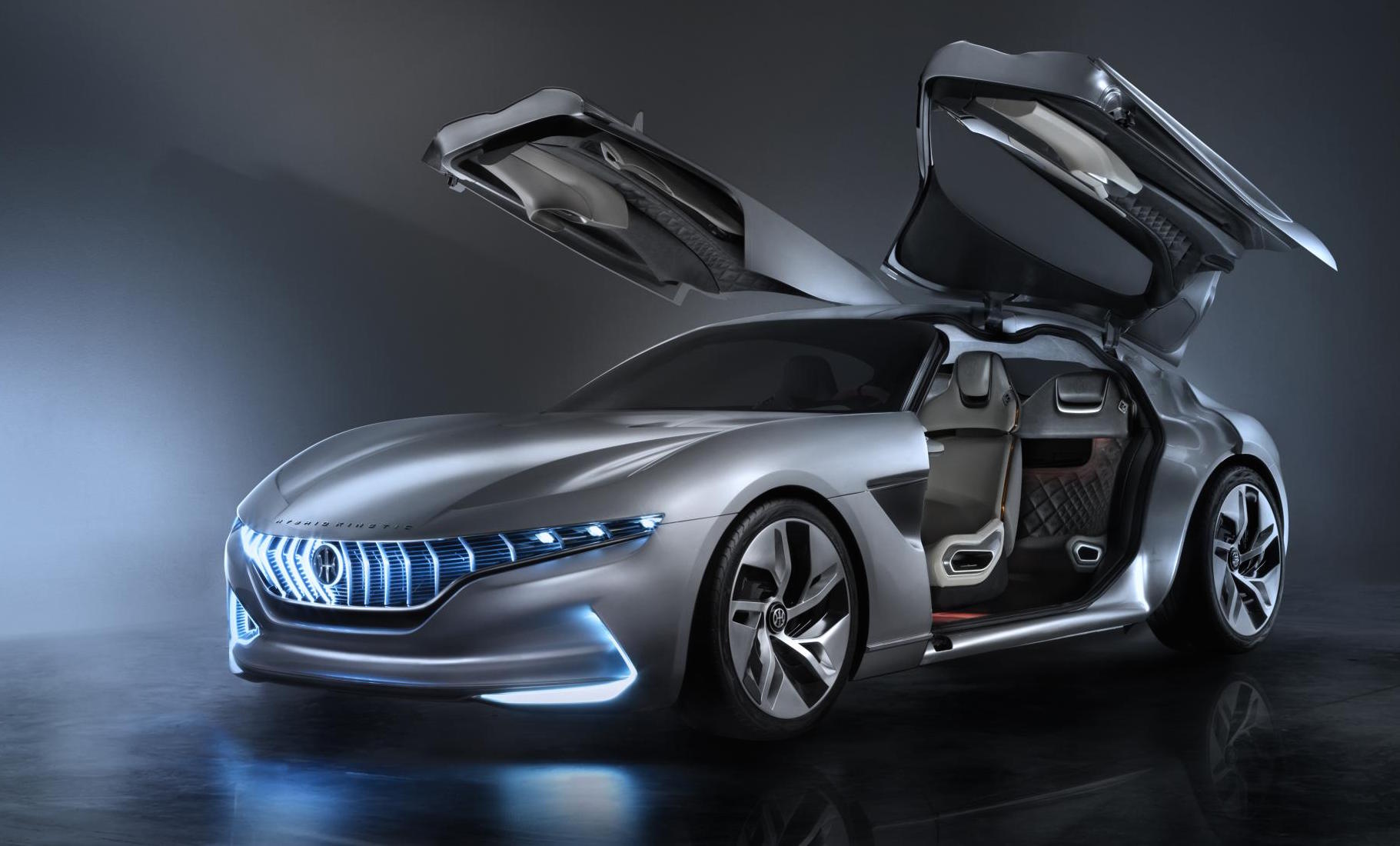 The Pininfarina HK GT has been a show stopper at the Geneva auto show. Pininfarina may not be as well known as its other Italian brethren, namely Ferrari and Lamborghini. However, this car design firm is very well-regarded among automobile enthusiasts.

The Pininfarina HK GT somehow managed to balance both a futuristic design and retro vibe.The sleek machine features an aggressive, in your face grill that melds into a sculpted, flowing body. As blunt as the face is, the rear end is rounded, smooth and reminiscent of a classic fastback.  LED lights complete the look. 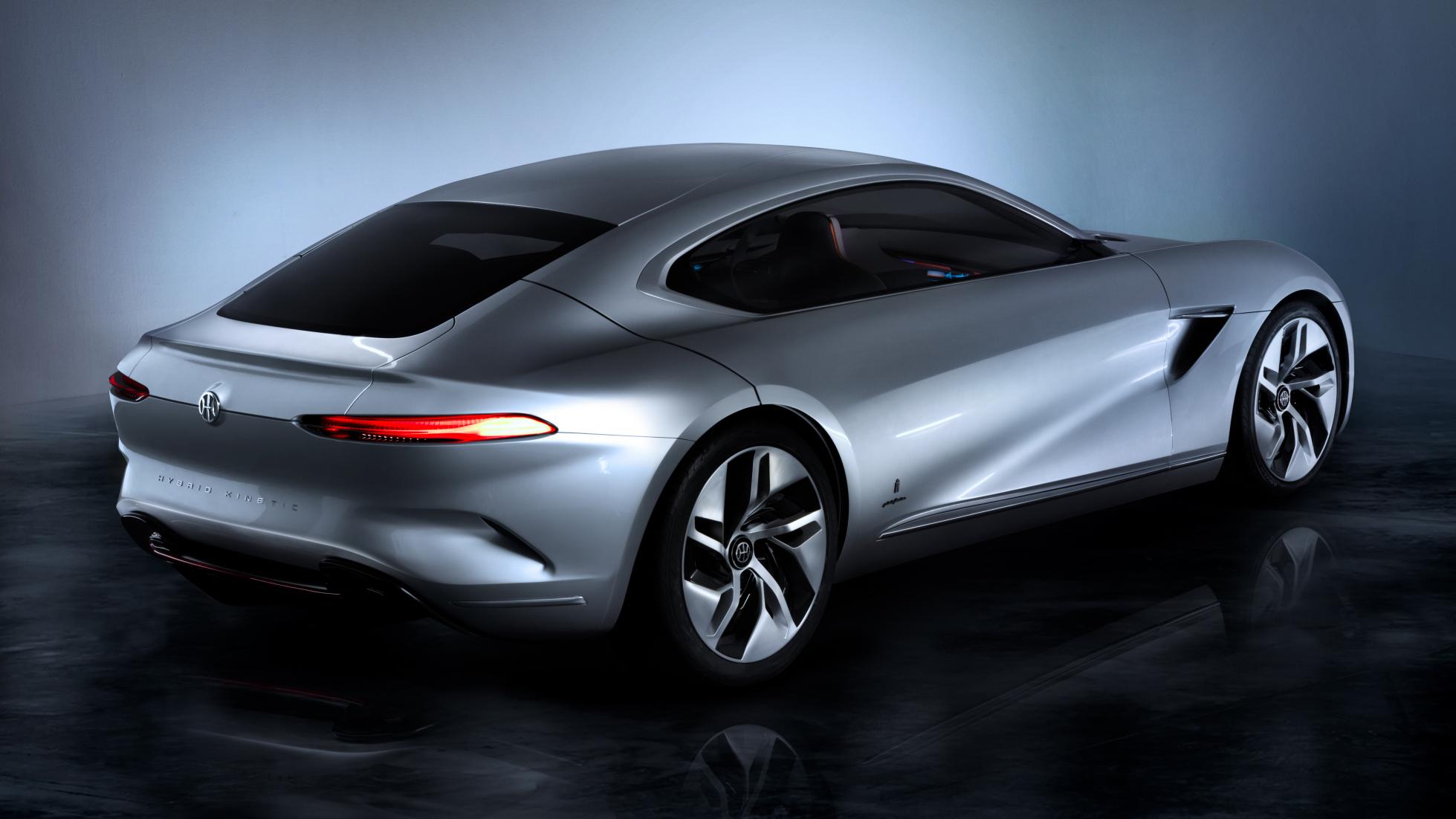 You might notice that there aren’t the usual door lines. That’s because the Pininfarina HK GT features massive gull wings that allow easy access to both the front and rear seats. The gull wings play well into the truly stunning design, making the car seem as if it were sculpted from a single block of metal.

The Pininfarina HK GT’s interior shows off all of the refinement that has made Italian design so cachet. Beautiful white wrap around leather, large, comfortable but sporty seats, and plenty of LCD screen space anchor the front. Even the passenger gets his or her own LCD screen.  However, it’s the rear seats that are drawing the most attention. The wrap around seats looks like something you’d find in a luxurious lounge or nightclub, rather than the backseat of a car. 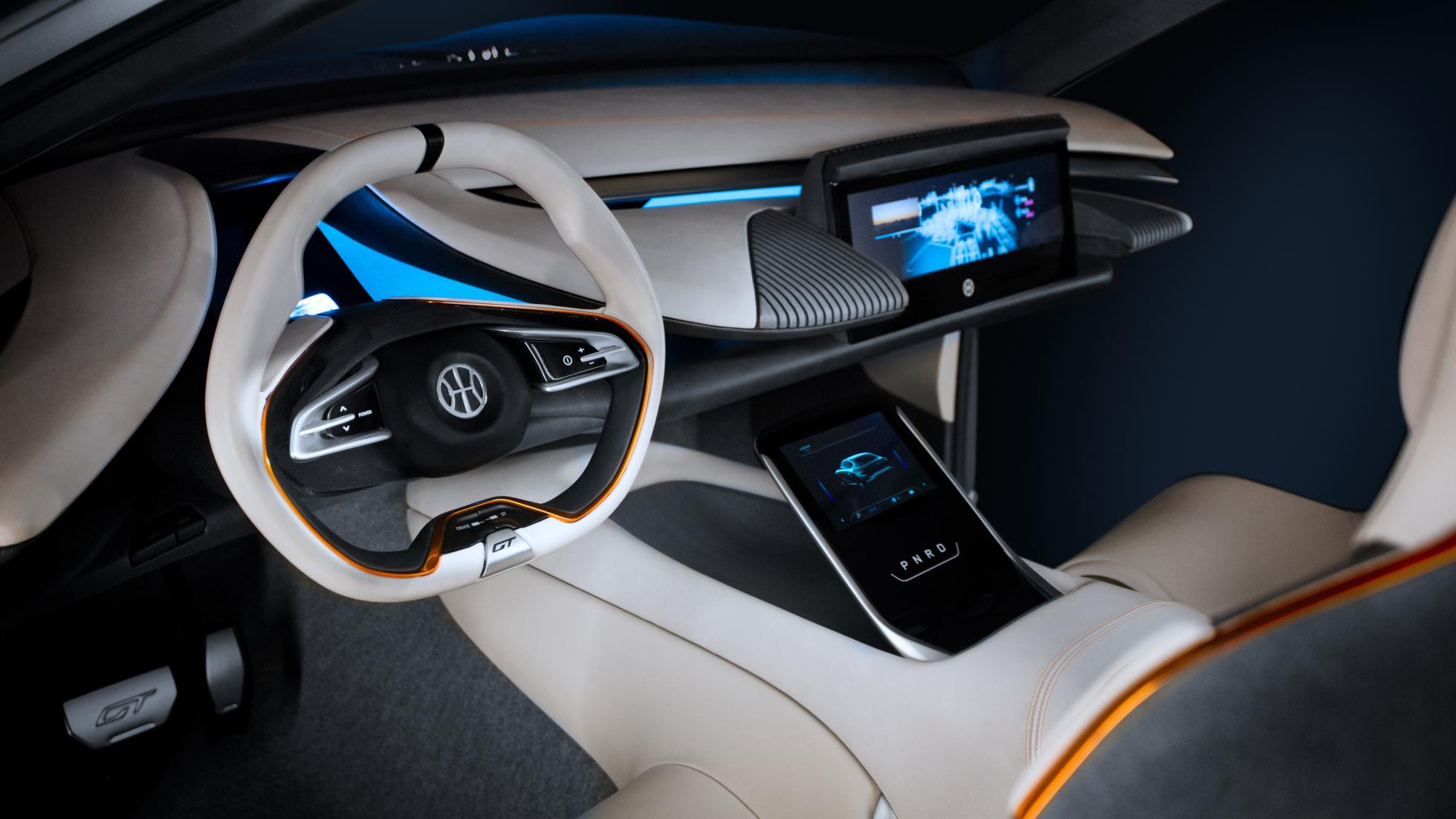