Looking for a used sports car with a high smile-to-accelerator ratio? Let’s see what $75,000 or less will buy. Keep in mind we’re focusing on two-door offerings (we’ll save the best sports sedans for another list). 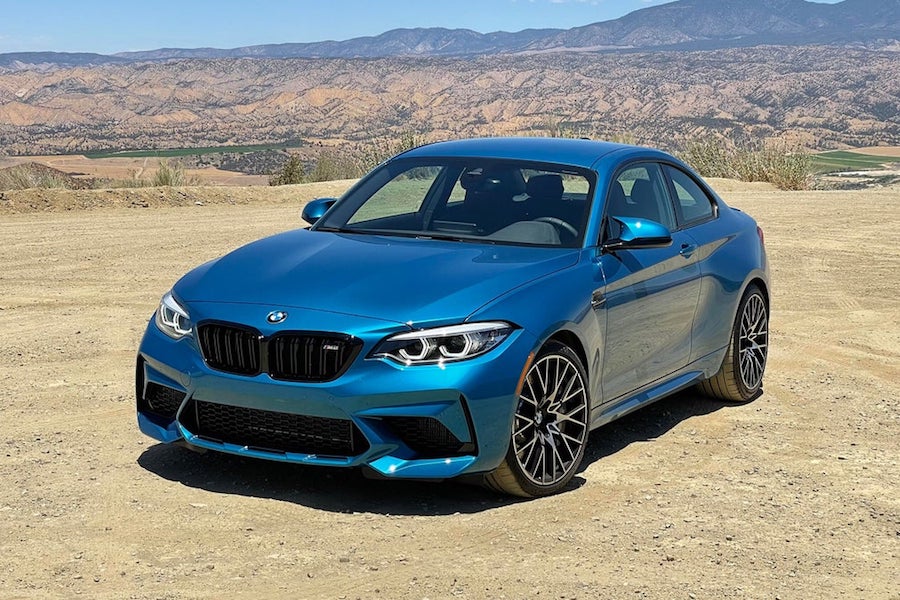 It’s easy to debate that there should be other Bimmers on the list, but the M2 Competition is here because it embraces modernity while capturing the simpler spirit of older BMWs like the E46. Best of all, you can pick up a model that’s only a year or two old and still have money left over for mods. 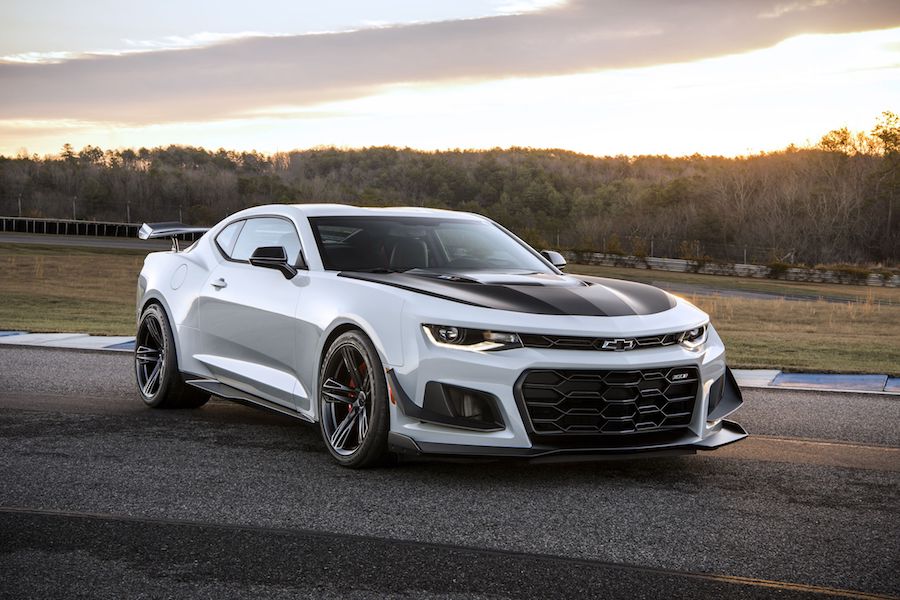 The ZL1 is a storied name among Camaro fans, so GM had its work cut out when reintroducing this beefier version of the SS in 2017. To keep purists happy, you can still get a manual. And to please performance junkies satisfied, the supercharged small-block V-8 offers output up to 650 horsepower and 650 lb-ft of torque. The nice thing is you’ll still have money left over to pay the insurance. No matter the year, a Vette is still a Vette. So you’ll want to skip all the craziness with C8 pricing and availability and head right to C7 territory. The previous generation Corvette for sale is still an awesome machine that works perfectly within our budget threshold. A Z06 or ZR1 will have you scraping the upper ranges of your car fund, but a plain old Stingray will still put a smile on your face and leave money in the bank. 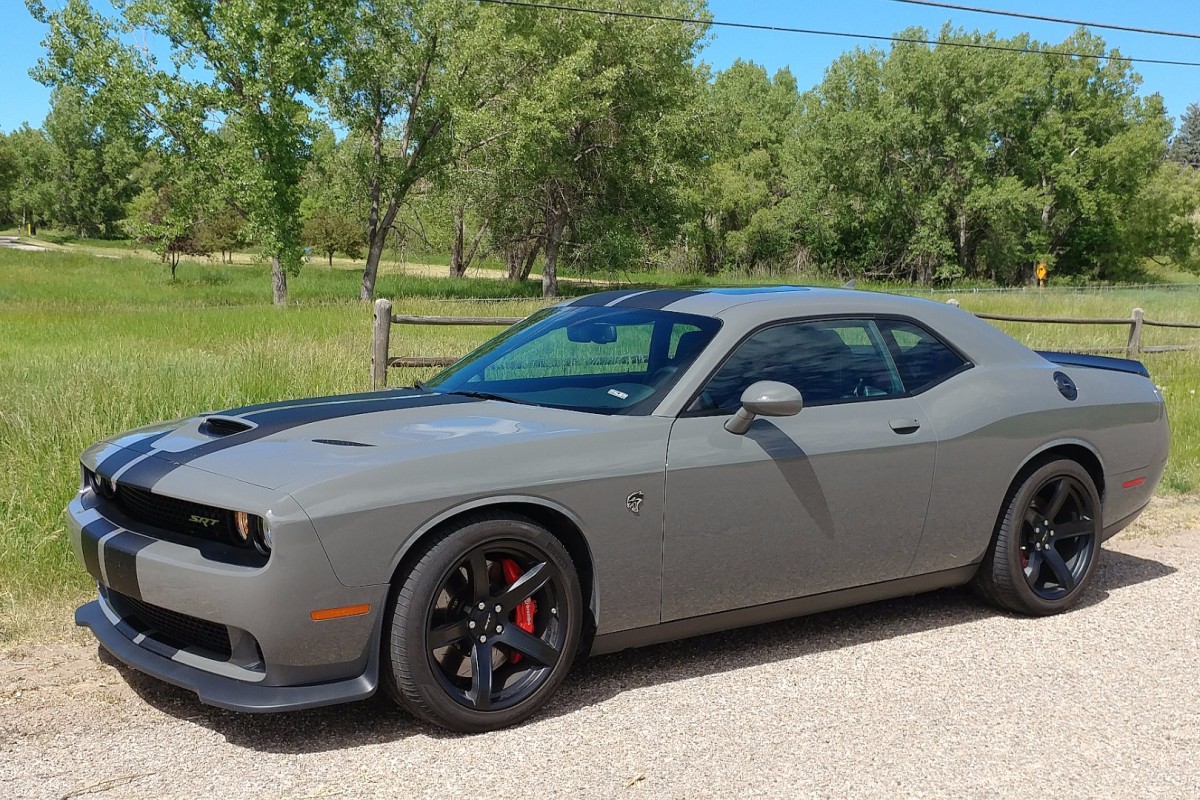 Competition is a beautiful thing in the automotive world, so the folks at Dodge have felt it’s their sacred duty to keep up with Chevy and Ford.  And Mopar lovers rejoice every time Dodge launches a new version of a Hellcat-powered Challenger. That also means a robust used car market for these snorting coupes. It’s easy to find one with a couple of years of use, low miles, and 700-plus horsepower.  Enjoy. 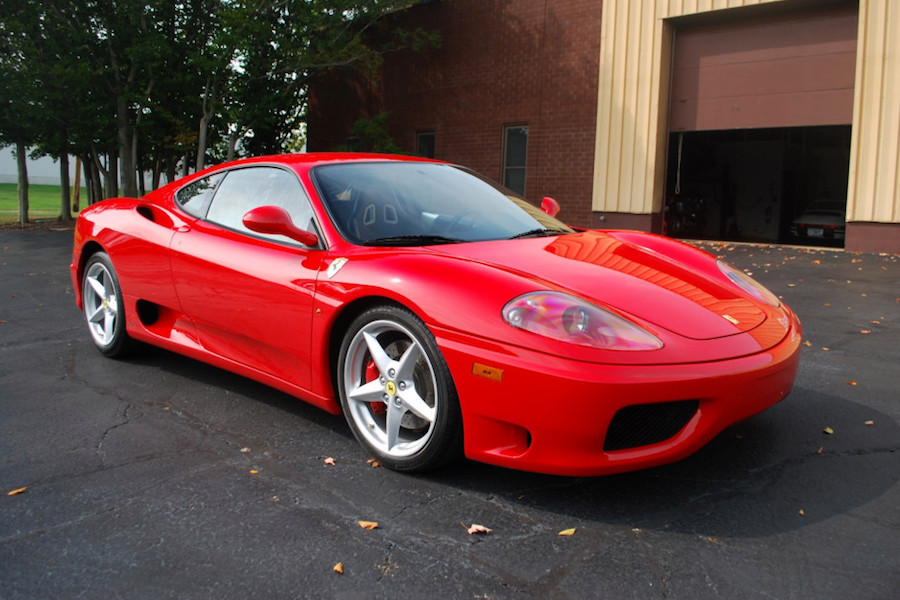 An Italian motoring fantasy can become a reality and not hit six figures. Look for a well-maintained Ferrari 360 Modena for sale (which debuted in 1999) from its early years to keep spending in check. You’ll get a supercar that still looks modern even by today’s standards and a sweet-sounding Ferrari V-8. 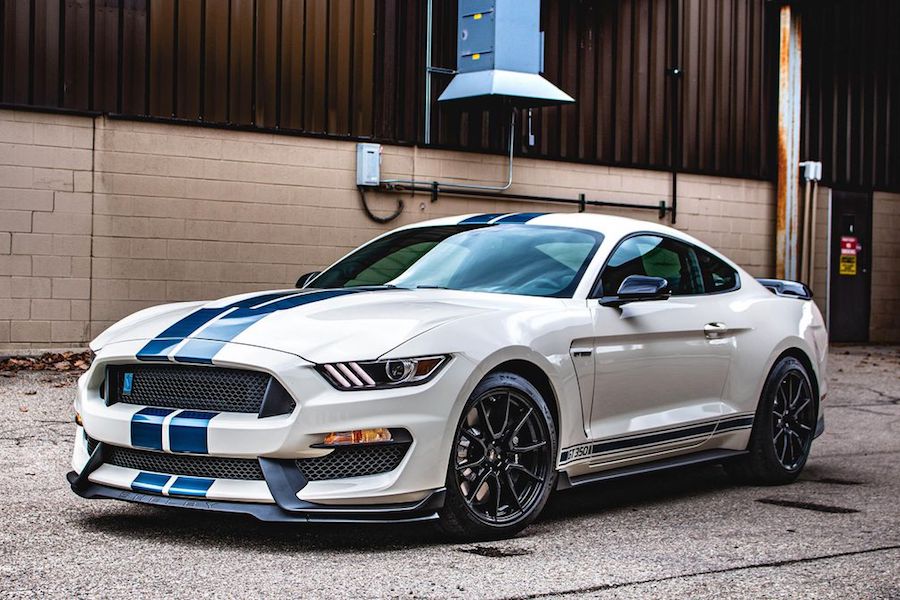 If the Shelby name doesn’t get you excited, then the Voodoo V8 in the Ford Mustang Shelby GT350 will. It’s a naturally aspirated masterpiece that, when connected to the wonderful Tremec six-speed, makes for thrilling performance that’s still well-suited for daily driving. Search for a 2017 or newer model, so you’ll get the Track Package as standard; just in case you get bored with commuting and grocery store runs. 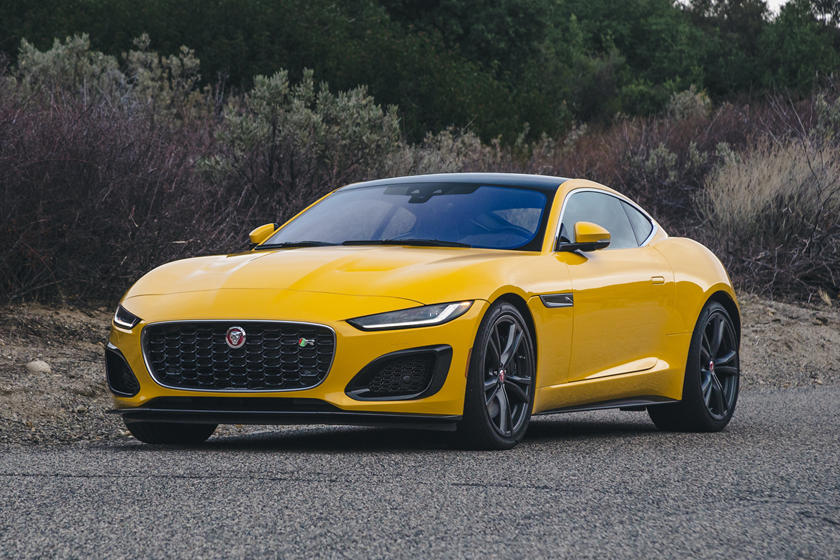 More popular competitors often overshadow the Jaguar F-Type for sale, but that’s what makes this British two-seater a standout. You just don’t see these on the roads. The bargains here are models before the 2019 refresh. You’ll get a stylish two-seater with the engineering prowess that rivals Europe’s best. For extra potency, seek out the “R” variant and its supercharged V-8 (550 horsepower and 502 lb-ft of torque) 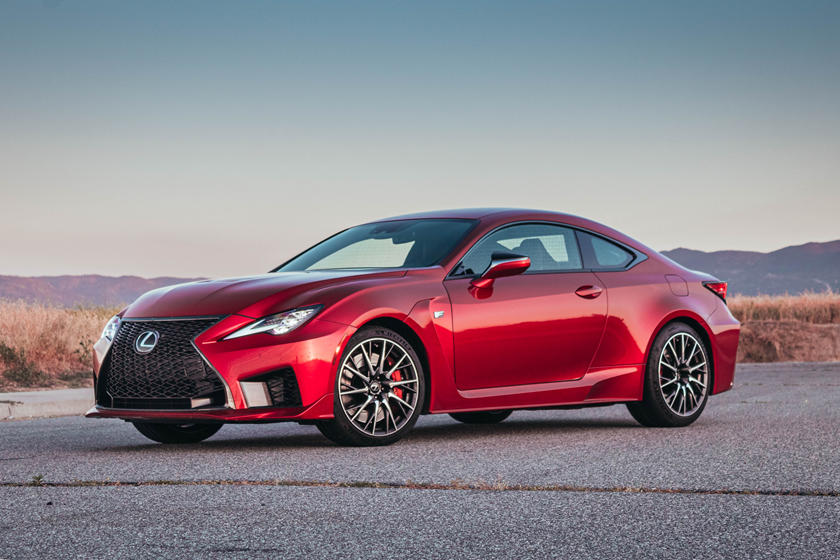 The Lexus RC F has a bit of a sleeper quality to it. Perhaps that’s due to the generally sedate image of the Lexus brand. But that’s OK; let others think there’s a tame V-6 under the hood when it’s really a muscular 5.0-liter V-8 with 467 horsepower and no turbos or superchargers. Choosing an RC F with a year or two on it will get close to the budget max, but step back four or five years for a real performance value. 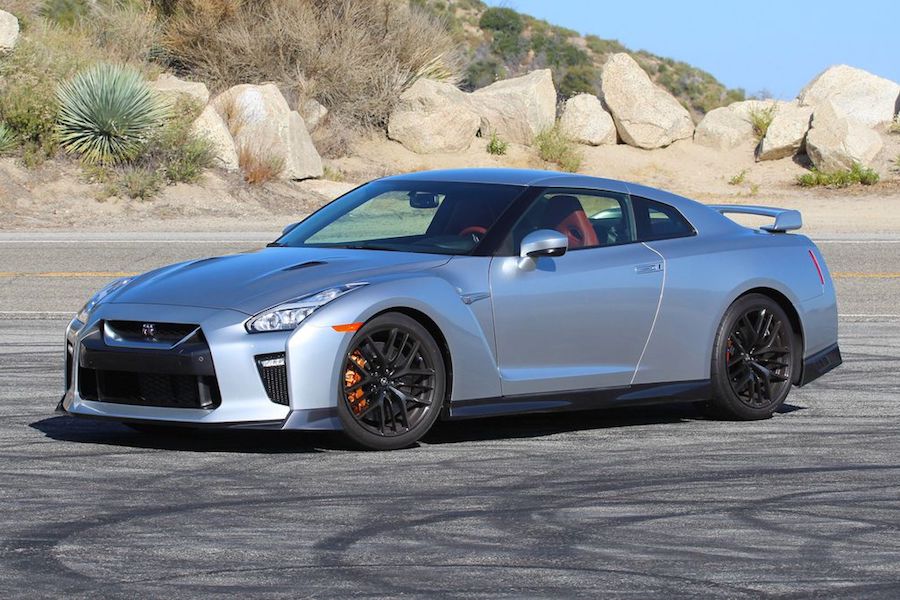 It’s no surprise that the Nissan GT-R for sale is on this list. With its uncompromised performance and handling, this sports car embraces the driving experience without the luxury-ness that has crept into so many vehicles these days. The sweet spots here are GT-Rs from 2012-2016, which had a horsepower bump before the 2017 refresh. 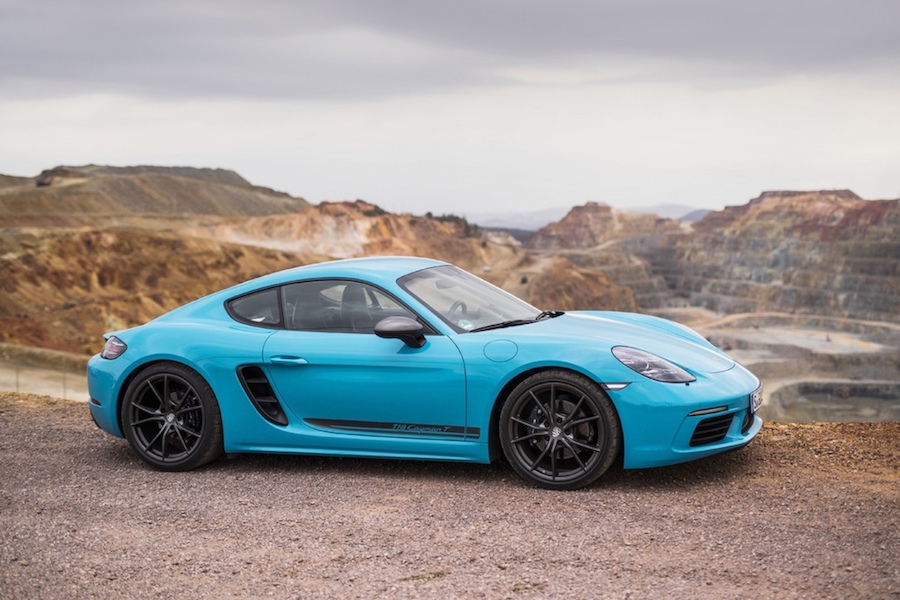 Yes, there’s a Porsche on almost every “best” sports car list, but it doesn’t always have to be a 911. And buying a used Cayman (over a 911) is about value combined with performance. In fact, for 75 big ones, expect to get a Cayman that’s five to years newer than a 911. Who needs a back seat anyway?