According to Carscoops, this year’s German automotive event, the 2015 Frankfurt Motor Show, featured over 60 vehicle debuts. It was a mix of both production and concept cars, and within that pool some of the most insane supercars surfaced. 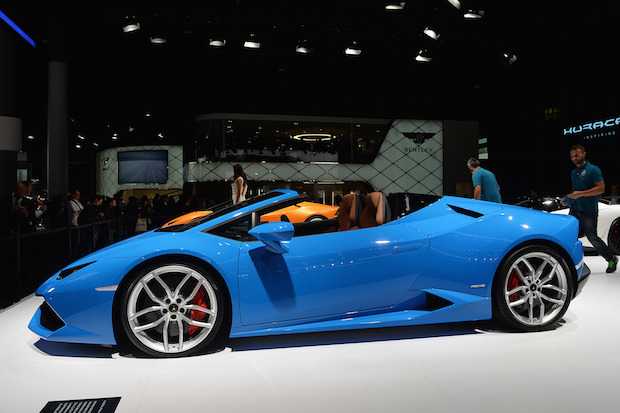 The Lamborghini Huracàn Spyder is a good example: this beastly model is capable of reaching the 62 mile-per-hour mark in 3.4 seconds, thanks in part to a naturally aspirated 5.2-liter V-10 engine. That being said, power is not the only thing you will get with this vehicle: it also comes with a start-stop function to help curb fuel emissions. Even within the fast-paced world of sports cars, fuel economy regulations matter. 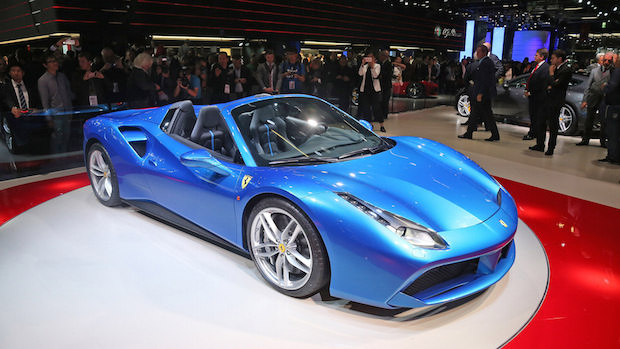 Also worth noting is the Prancing Horse’s new 488 Spider and its lightweight hardtop that retracts and unfolds three seconds faster than the Huracàn Spyder, according to Autoweek. However, the car’s total 660 horsepower and 560 pound-feet of torque derived from a 3.9-liter turbocharged V-8 may prove even more enticing. Oh, and the zero-to-62 mph sprint is accomplished in just 3.0 seconds.

The Ferrari 488 Spider comes equipped with a seven-speed dual-clutch transmission, an improved Side Slip Angle Control system, an updated infotainment system, and Apple CarPlay, among other features. 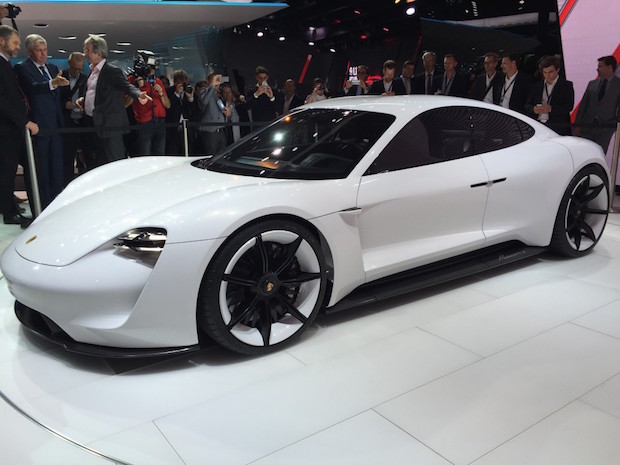 Next up is the 600-hp Porsche Mission E sport saloon, which has been described as “Tesla’s next big concern” by Britain’s Auto Express magazine. The automaker claims its model will jet from zero-to-62 mph in 3.5 seconds and blast to 124 mph from standstill in 12 seconds. In addition, top speed is 250 mph, an 800-volt drive system is featured, EV range is 310 miles, and charging up to 80 percent of the battery can be accomplished in under 15 minutes. 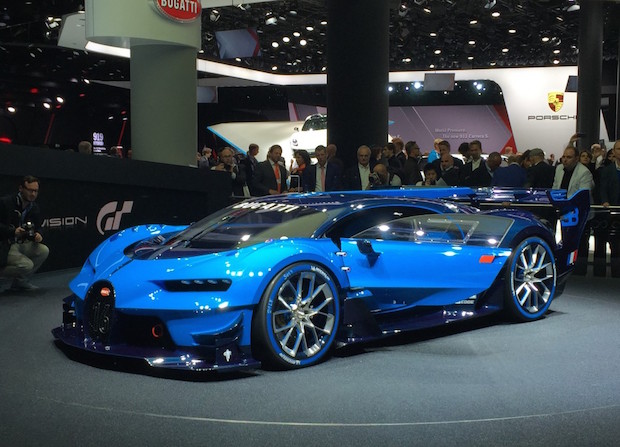 Last but not least is the Bugatti Vision Gran Turismo concept, which was made for the video game Grand Turismo. However, just the fact that it was built in real life and showcased in Germany is something to consider. Wired says the vehicle is a preview of the design language one can expect from the automaker’s next production model.

Industry news and reviews also mention the Renault Sport RS 01, Jaguar C-X75, Mercedes-Benz Concept IAA, and the 311-mile EV-capable Audi E-Tron Quattro SUV among the show’s must-see vehicles. If you plan on attending the event, it’s open to the public until September 27, 2015.