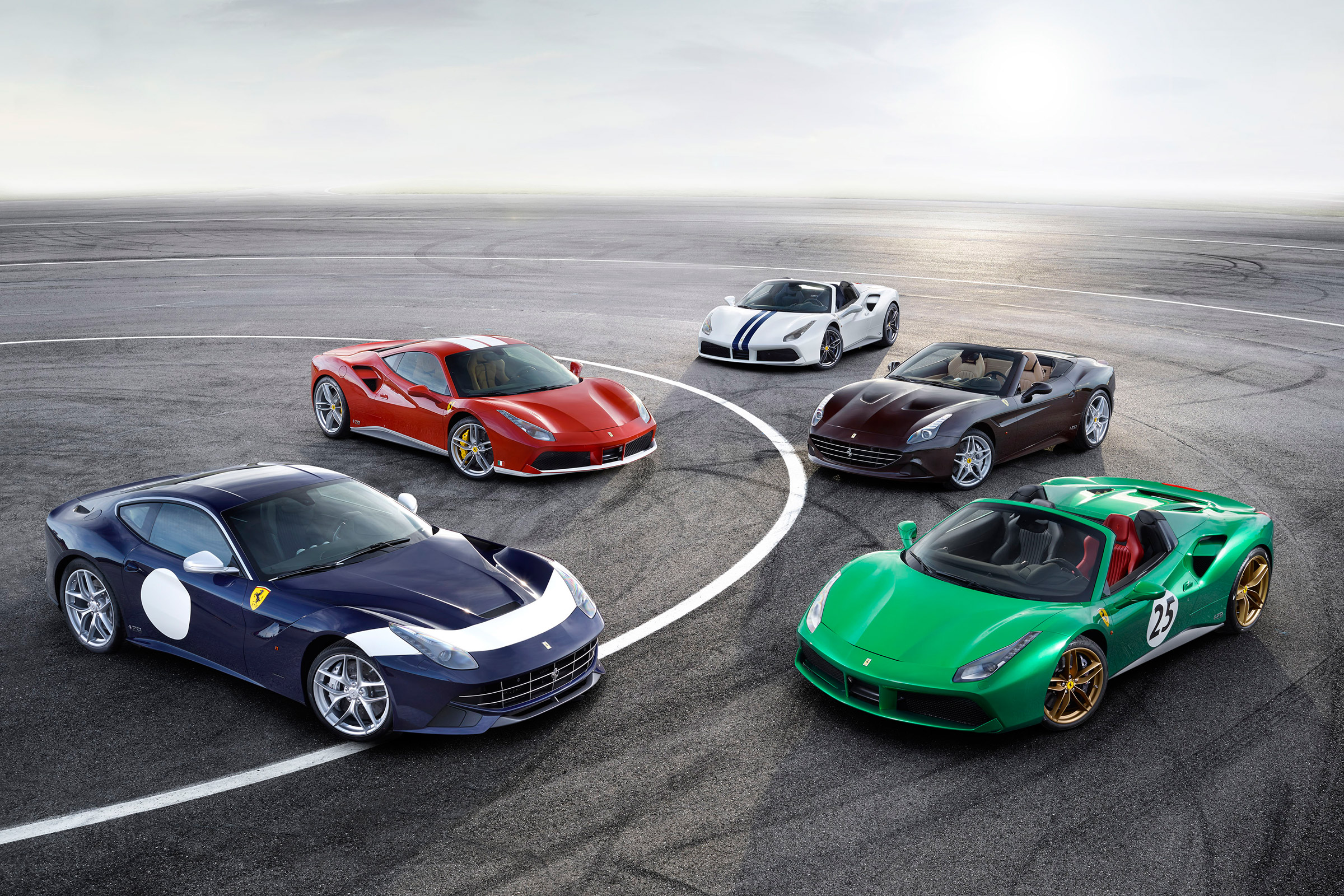 Ferrari has long been lauded as a producer of some the most beautiful cars that the motoring world has ever seen. From classic and timelessly gorgeous designs like the ‘60s 250 GTO to modern head-turners like the recently released SF90 Stradale and F8 Tributo, Ferrari knows a thing or two about making good-looking cars. So, in an effort to recognize this enduring knack for show-stopping that Ferrari has, let’s take a walk through history looking at the different eras of Ferrari design, which I’ve decided to break up into three distinct time periods.

Older Ferrari’s are now trading hands for well over $1 million, and for good reason. They come with a storied history and racing pedigree that few other cars can match, but it would be unwise to not attribute at least some of this value to the way that classic Ferraris look. They’re characterized by smooth, uninterrupted and simple body lines, and they typically ride on classic wire-spoke wheels. Cover it all with a glassy Ferrari red paint job, and that $1 million price tag becomes much more bearable.

This era started in 1949 with the ultra-rare Ferrari 166, designed by Tourig Allemano. The 166 has a broad nose with delicately rounded edges, giving it a timeless and relaxed look from the front. The most notable car from this era though is the super-classic 1960’s 250. The 250 came in many flavors, but the one that’s best to look at is the 250 GT, designed by Pininfarina.

This era marked a number of “firsts” for Ferrari. Their first mid-engine V12 in the 365 GT/4 BB, their first mid-engine V8 in the 308 GT4 Dino, and their first time working with a designer by the name of Bertone rather than long-time friend of the brand Pininfarina. Additionally, this era marks Ferrari’s transition into more angular and “aggressive” designs, more closely resembling the styling cues that we see in today’s Ferraris.

This starts with the 1974 365, which features more sharp edges than any Ferrari before it ever had. The 365 also has some more pronounced accessory pieces, with a small roof spoiler and a protruding engine cover. This trend becomes more pronounced when we move ahead to the 308, with its pop-up headlights and wedge-shaped nose. The 308 also featured large vents on its C pillar, hinting at the downforce and aero craze that would hit supercars not too far into the future.

One of the most notable cars of this era is also the last, and that’s the beloved 512 Testarossa. The Testarossa is perhaps the most recognizable Ferrari ever made, due in large part to its iconic side slats and louvered taillights. The Testarossa, at least in my mind, officially marks Ferraris transition into modern Ferrari design, as most of the cars that followed focused on having an aggressive and sporting appearance.

Modern Ferrari design is, at least in comparison to Ferrari’s of old, all about aggression. The cars have sharply angled and pointed noses, menacing LED arrangements in the headlights, and various aerodynamic components that are as functional as they are impressive to look at.

This era started with the Enzo in the early 2000’s. The Enzo’s incredibly wide stance, gaping front grilles and pointed nose all sum to create a car that just looks angry, but one that also looks very fast. This trend carried into cars like the 599, which has sharp headlights and a wide grille that give it quite a presence in a rear-view mirror, an attribute that is mastered by the newer Ferrari’s like the F8 Tributo. The F8 is all business in the front, with aggressive splitters and lights that resemble an angrily furrowed brow.

All in all, Ferrari has had quite a diverse, albeit incredibly successful history in designing cars. They had modest beginnings in designing simple and smooth cars, but are know renowned for making cars that look as weaponized as their track performance. It will undoubtedly be interesting to see what design path Ferrari decides to go down next.