When it comes to the 80s you might think of Gordon Gekko, neon as a color and Madonna, but not the cars.  The cars from this decade were, for the most part, disposable and even now appear dated.  However, if you could afford it, there were some diamonds in the rough. 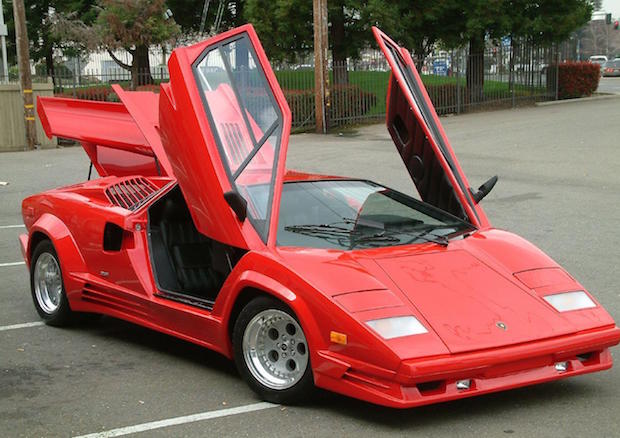 While it made its debut in the mid-70s, the Lamborghini Countach and was featured in the 1981 movie Canon Ball Run starring Burt Reynolds.  The most noticeable feature about this model was it had butterfly doors, highly unique for the time.  With the standard Lamborghini V12, it had a lot of power, but was decided early on the engine would be mounted backwards for better weight distribution. With the bigger motor came more horsepower and torque. This is one car that has aged well and still looks as good today as it did in 1981. 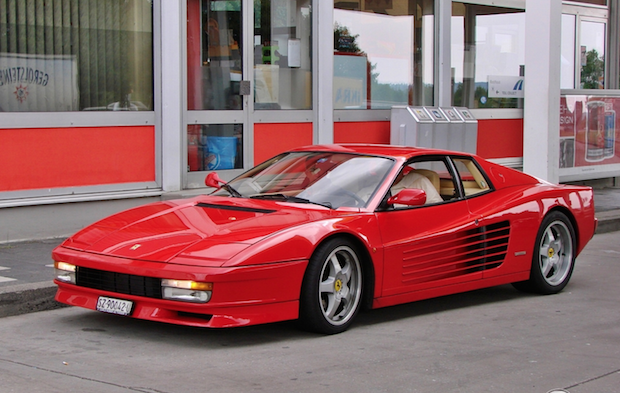 Best remembered as the Miami Vice car, the Ferrari Testarossa still looks as good today as it did 40 years ago.  The designers must have had a crystal ball because it hasn’t aged one bit with the exception of the cockpit.  Well endowed with a 4.9 liter engine, it supplied Crocket with 390 hp and 361 ft-lbs of torque. While it could go from a standstill to 60 mph in 5.2 seconds, by the mid 1990s, it improved to 4.7 seconds and could achieve a top speed of 196 mph. 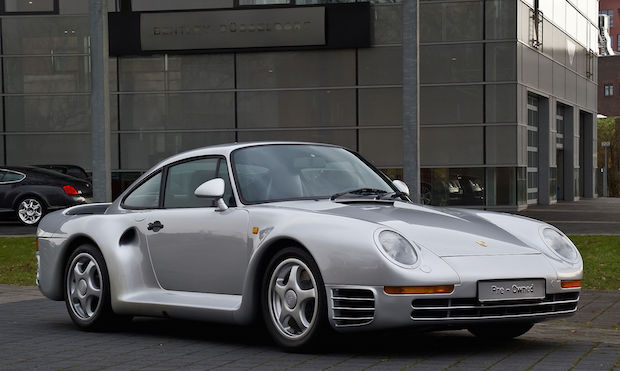 While the Porsche 959 looks a bit dated since its debut in 1986, back in the day these vehicles were high performance status symbols – a reputation that they still carry – but unlike the Ferrari and Maserati, Porsche was actually affordable.  At the time of its debut, the 959 was the fastest street legal car in the market.  Thanks to the twin turbocharged engine Porsche could push it to 195 mph. Like the 911, the 959 was a rear engined sports coupe.  What made this vehicle unique was its twin turbo 6 cylinder boxer engine.  With air cooled cylinders and water cooled heads, the Porsche would unleash an astonishing 444 horsepower.  Performance was the key to this cars success and everything that went into it was geared with that in mind.  Instead of a metal body, Porsche used a lightweight aluminum and Nomax for the floor.  Aerodynamics were also thought out carefully for drivers who wanted to push the boundaries and take it to the limit without turbulence. And while it might appear dated, it was the manufacturers crowning achievement.  Porsche, there is no substitute. 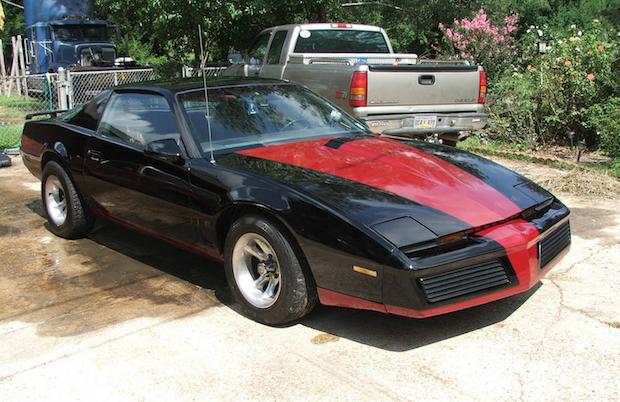 As I have stated before, I prefer imports over domestics, but I can’t forget the Pontiac Firebird.  While the Firebird had it rival with the Chevy Camaro, it was Pontiac who got the nod from Smokey and the Bandit as well as a starring role in the hit TV show Knight Rider.  While the Firebird was rebooting in 1982 to its third generation, it was still a hard sell with rising gas prices.  The Bird was totally redesigned for 1982 and I mean totally.  It was built to be more aerodynamic, more fuel efficient and faster.  They looked to Corvette and stole a couple of ideas, the sloping hood and those pop up headlights. It was also lighter than its predecessor by 500 pounds which added to the Firebirds quickness off the line. Everything was built to help the performance right down to the hubcaps.  Though Pontiac would make improvements over the next ten years, even morf into another car known as the Trans Am, 1982 was the starting for this truly iconic automobile. 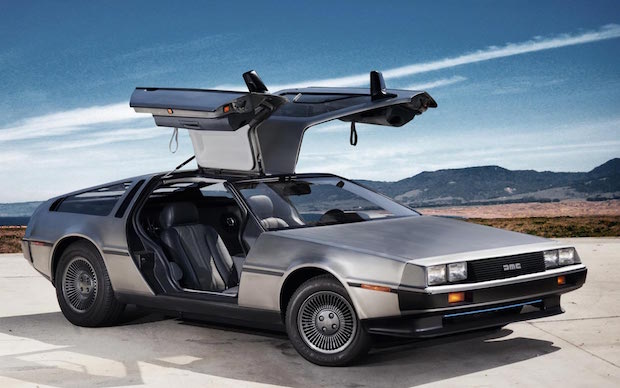 Best remembered as the car in the Michael J. Fox film, Back To the Future, the DeLorean was here and gone with the blink of the eye.  The DMC-12 shared many of the same characteristics as other space age looking cars from the eighties. It had those doors that went up in the air which we had seen before on both the Mercedes C111 and the Bricklin SV-1.  Maybe it feels different because the DMC was the only car ever built by the DeLorean Motor Company and even then, the company only manufactured cars from 1981 to 1983.  Had it not appeared in a Hollywood movie, we might have forgotten the vehicle all together. 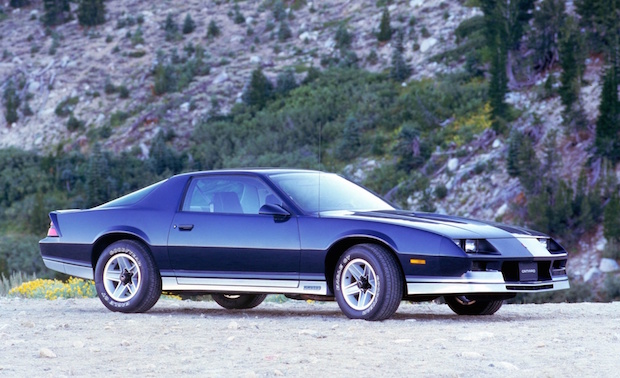 While it first hit the streets in 1975, the Chevy Camaro came into its own in 1985 with the introduction of the IROC Z.  Based on the Z28, it was a lean machine which housed a 5.0 liter V8.  It also featured an upgraded suspension, a lower ride height and a host of new standard features.  You were given the optional tune point injection borrowed from the Corvette.  So impressive that Car and Driver magazine put the new Camaro on their coveted top 10 list. Depending on the motor and  tranny you chose, you could expect horse power between 165 to 215 mph. 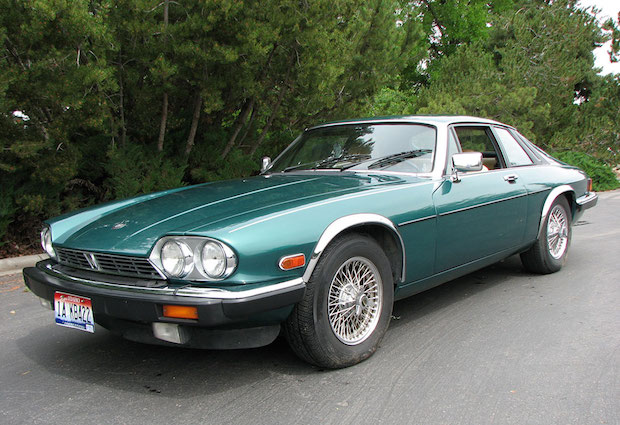 Jaguar has been building cool cars for decades, and the 87 XJ–S was no exception. Though, you didn’t see too many on the streets of the U.S. and when you did you couldn’t take your eyes off it. But beyond the cars’ pretty exterior, it housed a powerful V12 which offered the driver 262 horsepower.  This, along with a 3 speed automatic, the XJ-S could burst to 60 mph in 6 seconds and  had a top speed of 150 mph.  With the addition of the XK8 the XJ-S was retired. 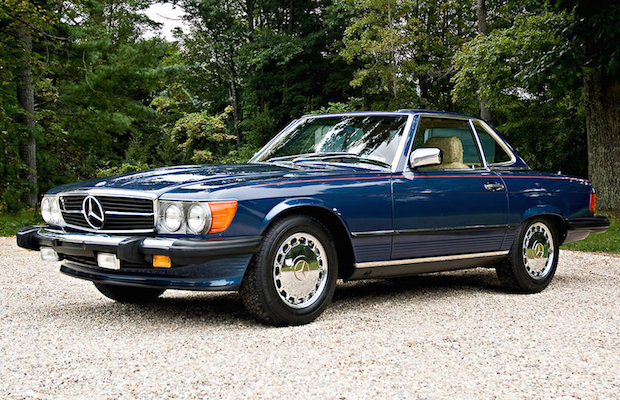 It might appear out dated, but back in 80s it was considered a luxurious status symbol for the yuppies.  While it was first introduced in 1971, it was 1980 when the car received a face lift which changed everything technical. Major change was its switch to a 4 speed to a 5 speed manual. With two configurations – hard top and soft top – you also got a powerful V8. This would change later in life when gas prices were out of control.  Now considered a classic, you can pick one up for around 20K.

While these are primarily an European branded car, there is no denying its influence and while it wasn’t anything to look at, it’s powerful 4.5 liter engine could sprint from 0 to 60 in 4.9 seconds and had a top speed of 186 mph.  You were defiantly in for some sticker shock, but you need to remember each car is hand built and it takes around 1200 hours to complete just one of these cars. The Lotus Esprit had a nice run – 28 years to be exact. The first incarnation of this sporty little number debuted at the Paris Auto Show in 1975 and went into production the next year. By the 1980s it was given a turbocharged engine  under a fiberglass body, the Esprit barely topped out a a 150 mph.  As the years went on, the Lotus got faster and found itself in yet another Bond flick, For Your Eyes Only in 1981.  It was never real quick as the selling point was its looks which still look good today.