A trio of hybrid supercars have been unleashed on the market recently – we’ve already covered the Ferrari LaFerrari and the Porsche 918 Spyder, so now its time to look at the third candidate in this race for hybrid supercar supremacy. The third is the McLaren P1 for sale – a British supercar that comes from a marque with one hell of a heritage. McLaren are mostly famous for the F1, a three-seater which held the record for fastest production car for an incredible 12 years, before being unseated by the Bugatti Veyron.

McLaren’s heritage goes further than this however, spawning from the McLaren Formula One race team, who have won 182 races, 12 Driver’s Championships, and 8 Constructor’s Championship. Their cars were always going to be special, and I’m pleased to say that the P1 is no exception.

The P1 comes equipped with a 3.8 liter twin-turbo V8 engine, generating a remarkable 727 horsepower. This is then complemented with a McLaren-developed electric motor which generates an additional 176hp, giving the car a combined total of 903 horses under its hood.

This power pulls the car from a stop to 60 mph in 2.7 seconds, 0.2 seconds faster than the Porsche 918 with its larger engine. The car then pushes on to a top speed of 217mph, 6mph faster than the Porsche. Both of these cars lag behind the LaFerrari, but the McLaren’s gap is smaller, just 0.1 seconds slower to 60 than the Ferrari, and just 1 mph slower at its top speed.

The car rides well, thanks to its pneumatic suspension, which can be raised for increased clearance. Even though the top speed is unattainable on most roads, driving at lesser speeds is enjoyable thanks to the tightness of the drive.

The car’s exterior went through the amount of testing that you’d expect from a manufacturer with racing experience, being tested in a wind tunnel regularly to ensure airflow and aerodynamics were in order. The P1 owes a decent amount of its design to the earlier MP4-12C, with the engine and suspension all owing a certain amount to the earlier model, not that that’s a bad thing.  The car features remarkable weight saving, with the car coming in at a tidy 1490kg, 250 kilos less than the Porsche 918, thanks to such lightweight parts as an exhaust that comes in at just 17kg. 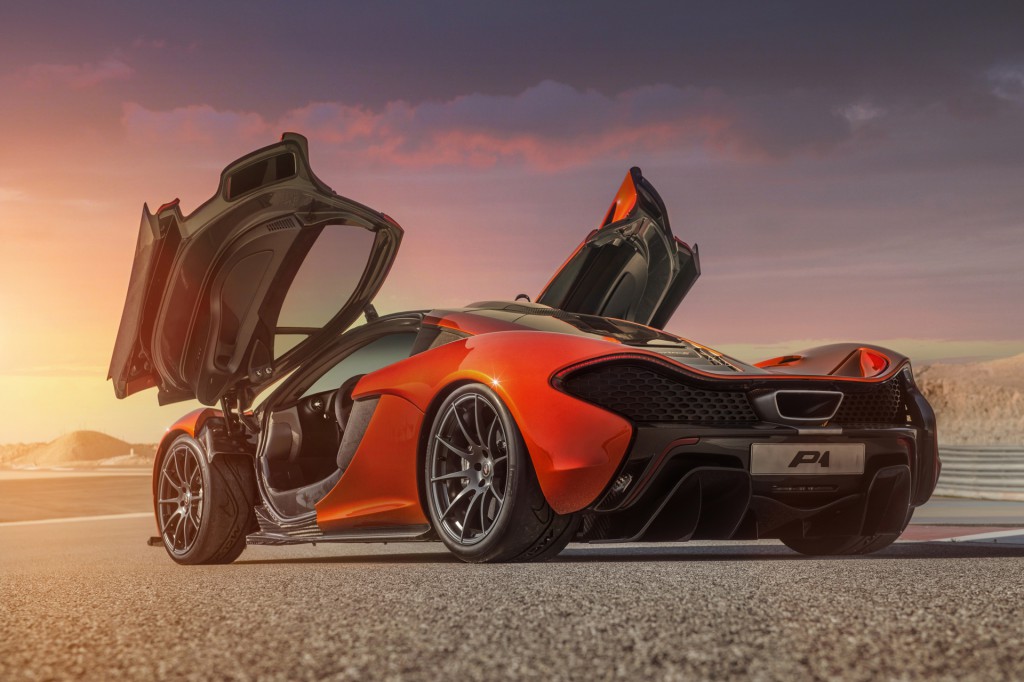 The weight saving minimalism carries on inside the car too. Stepping inside, there’s not a whole lot that meets the eye. Your body will meet barely-padded bucket seats, and between passenger and driver sits a center console similar to that found the MP4-12C. The soundproofing could leave something to be desired if you want a quiet ride, but the engine noise will make up for that to any petrolhead.

If you want to buy a new P1, then you’re sadly out of luck. The car was limited to 375 units, with an MSRP of $1.1 million, which sold out by November last year. However, with persistence, and a little time, you should be able to find one used pretty soon. The car sits comfortably between the 918 and the LaFerrari when it comes to price, and with just a tiny bit less performance, you’re in for a treat if you pick up this British bulldog.